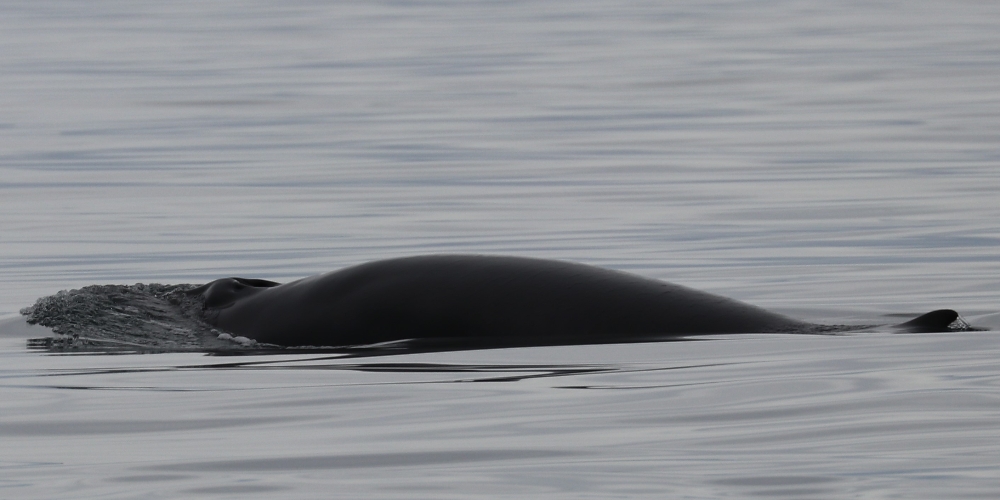 The results from ORCA Oceanwatch are in!  13 ferry and cruise ship partners, including CalMac Ferries, took part in the project and the data has now been collated. 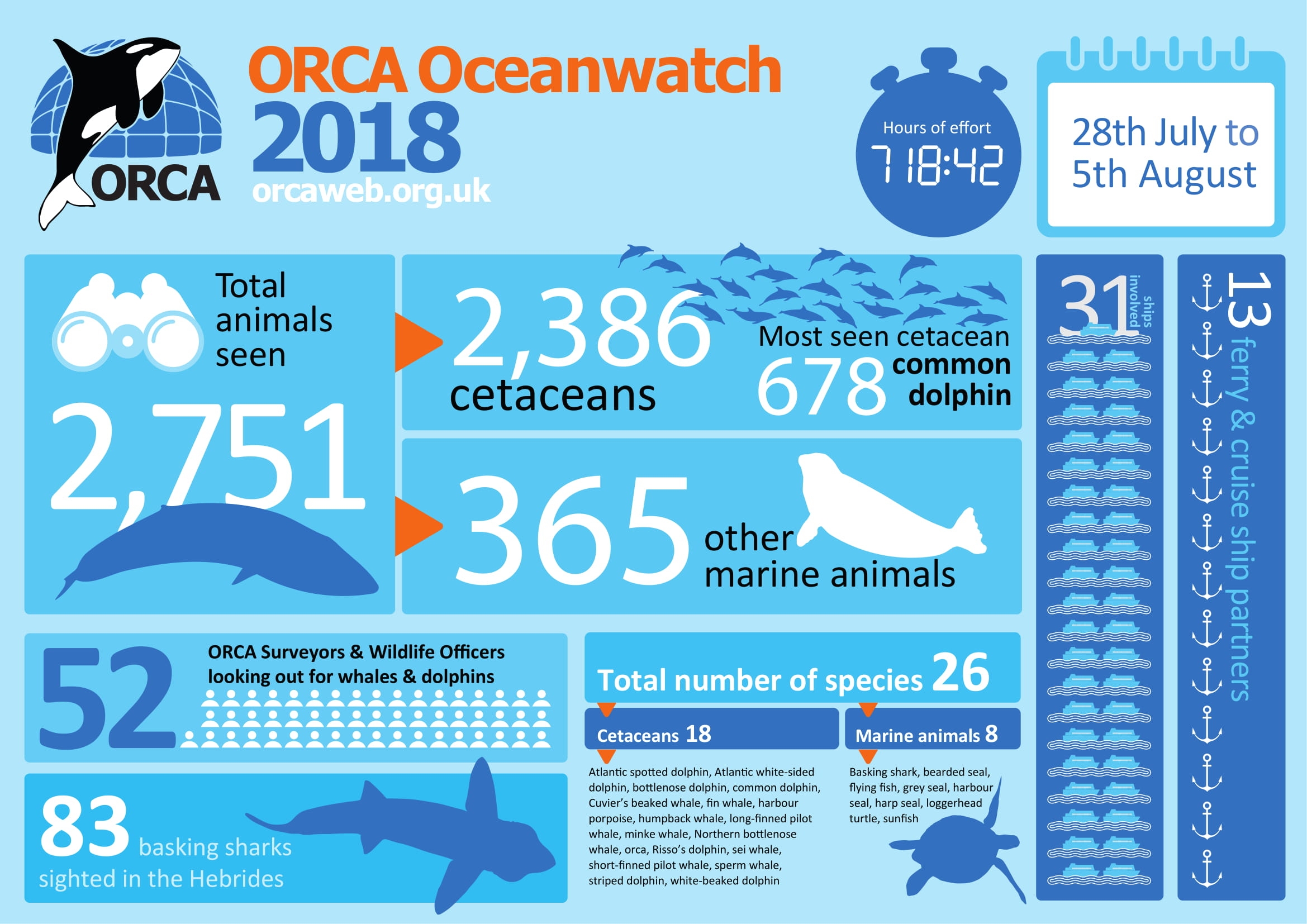 The 9 day monitoring survey of whales, dolphins, porpoises, and other marine species, by bridge crews, ORCA Marine Mammal Surveyors, and ORCA Wildlife Officers took place at the end of July and the beginning of August. An astonishing 2751 animals were recorded in over 718 hours of surveying across the program. Everything from rare beaked whales that spend most of their lives thousands of metres under the surface of the ocean, to the tiny harbour porpoise that live in large numbers in the shallow waters off the West Coast of Scotland were recorded.

ORCA was particularly impressed with the quality of the data taken by many of the CalMac bridge crews this year. CalMac has been taking part in the program since the beginning of the project in 2015 and this year three new bridge crews were trained up by CalMac's Wildlife Officer. There was an increase in effort on the Clyde this year too, with MV Bute recording data between Wemyss Bay and Rothesay on Bute. Lots of harbour porpoises were recorded by the crew there, as well as a group of bottlenose dolphins.

The intriguingly marked Risso's dolphins were seen by the bridge crew of the Isle of Lewis on their way from Oban to Castlebay, Barra but perhaps the most notable trend was the high numbers of basking sharks recorded across the Inner Hebrides during the survey period. These gentle giants are the second largest shark in the world and can be seen on the surface of the water with their mouths wide open filtering plankton. A whopping 83 basking sharks were spotted from CalMac vessels during ORCA Oceanwatch, reiterating the international importance of the region for these huge sharks. 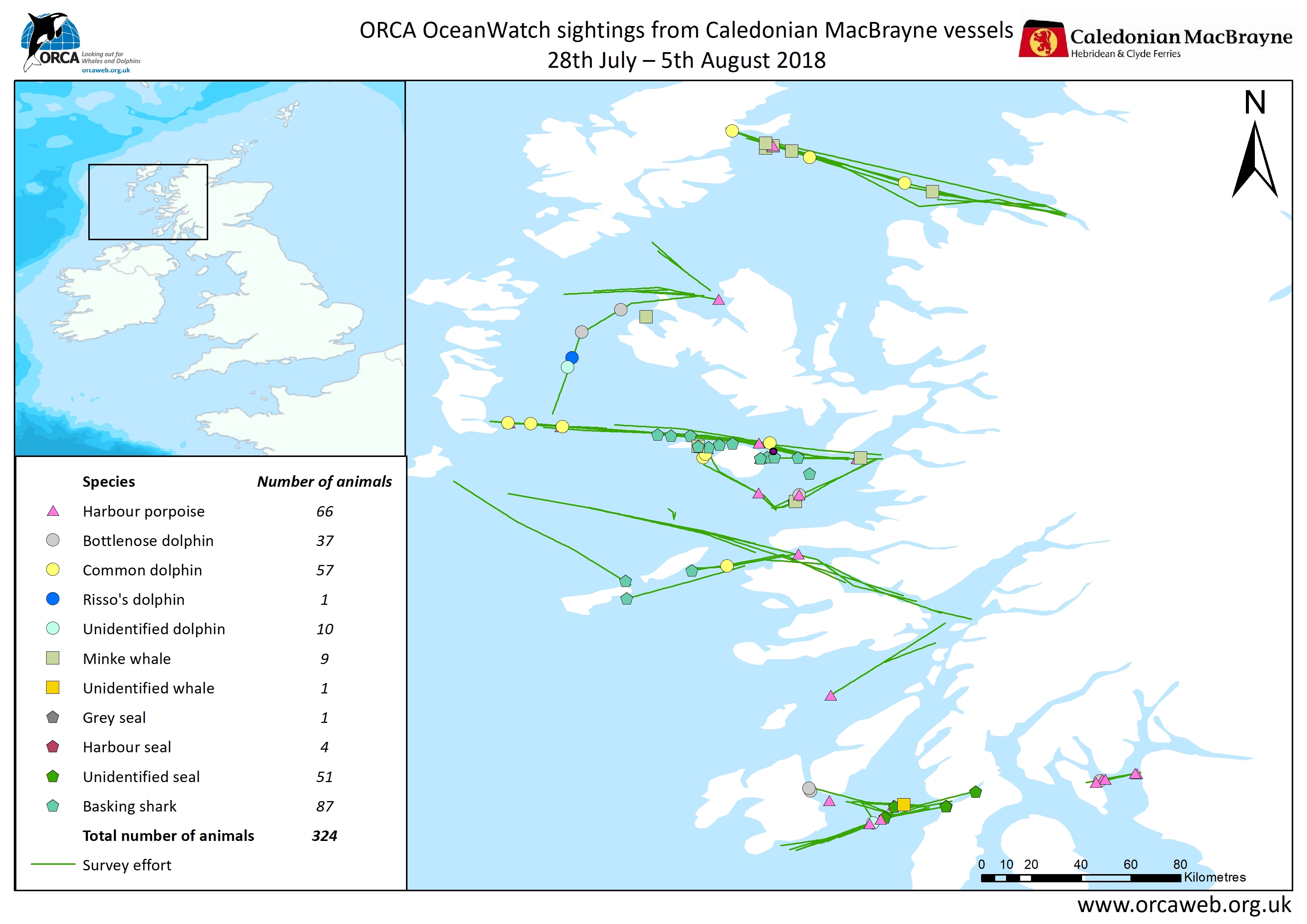