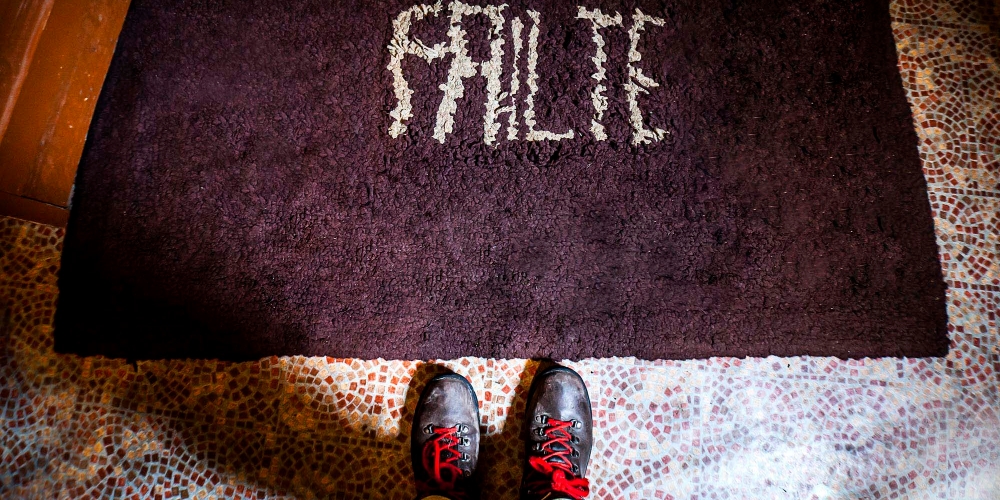 Photographer Rachel Keenan's assignments for travel and outdoor adventure brands have allowed her to hike, bike, climb, kayak in the world's most striking surroundings - a highlight has been photographing the west coast for Caledonian MacBrayne. In a series of blogs, Rachel will be sharing why she chose to focus her work on the outdoors, her most memorable experiences on the islands, the importance and restorative power of nature. 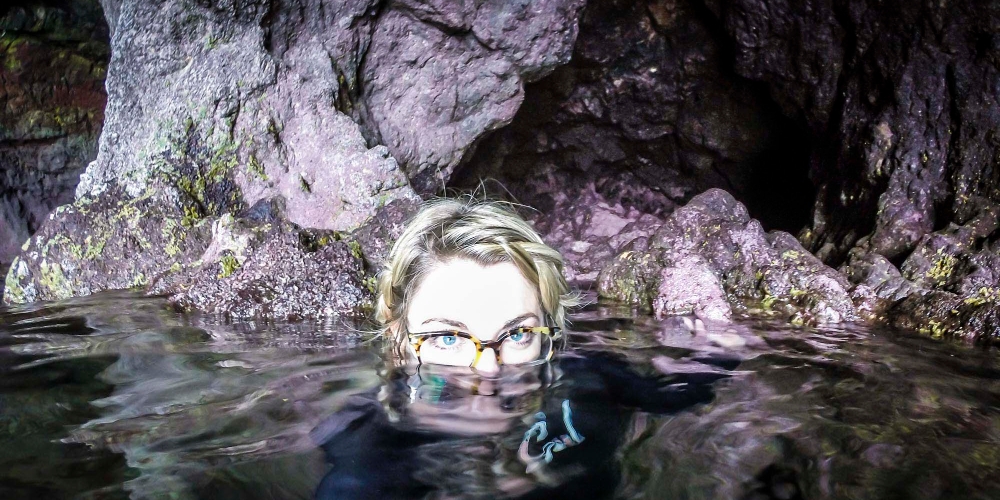 As an outdoor photographer, I've had the pleasure of working with Caledonian MacBrayne to help showcase what a special part of the world the west coast of Scotland is. To do this, I have slept in a snow filled cave in the Cuillin Mountains, jostled with my camera at festivals, sipped the odd dram of whisky, kayaked around castles, camped, swam, hiked, surfed.... And every other activity you can get up to on the islands. Most importantly, connecting with some west coast folks along the way...Oh and I've also been on one or two ferries. 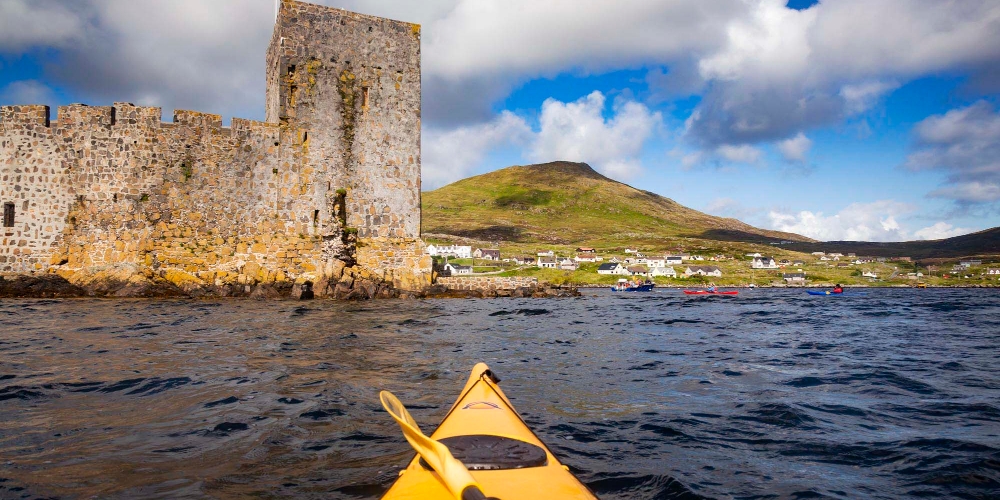 My connection with the outdoors began at a young age. As one of four kids, I grew up in East Kilbride, a nice town though fairly suburban and not the most scenic of places. My parents took every opportunity to get us outside. Summer holidays consisted of cheerfully turning blue at the coast, midgie stricken camping trips in our giant tent, or hill walks with soggy summit sandwiches. I was intrinsically curious about the natural world. A simple hill trudge became a wild adventure, the flora and fauna were imagination fuel for me. I realise now the significance of these childhood experiences, they were seedsplanted in my mind, inadvertently preparing me for a life working outside and the career that I would eventually build. 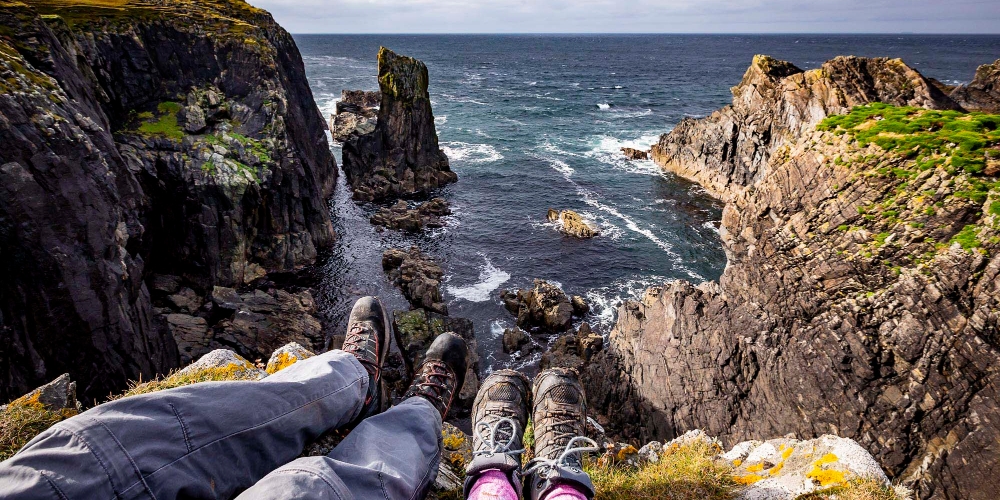 My forays in photography began with a little film camera that I received on my 12th birthday, which swiftly became my constant companion. I started getting out of the city as often as I could, dedicated all my money and time to planning hikes, kayak trips  and wild swims, experimenting with my camera along the way. Slowly I expanded my cache of equipment, my Glasgow flat groaned with ice axes, paddles, wetsuits and camera kit. Eventually, I decided to study photography, simply because I thought it would be an interesting skill to hone whilst deciding on a "real" career. At university I studied many technical aspects, like lighting in the photographic studio, however that was not what excited me about photography, I preferred the assignments where I could shoot in nature. 5 years of study, several thousand photographs and one honours degree later, I set up my own business with the mission of working in the outdoor industry. 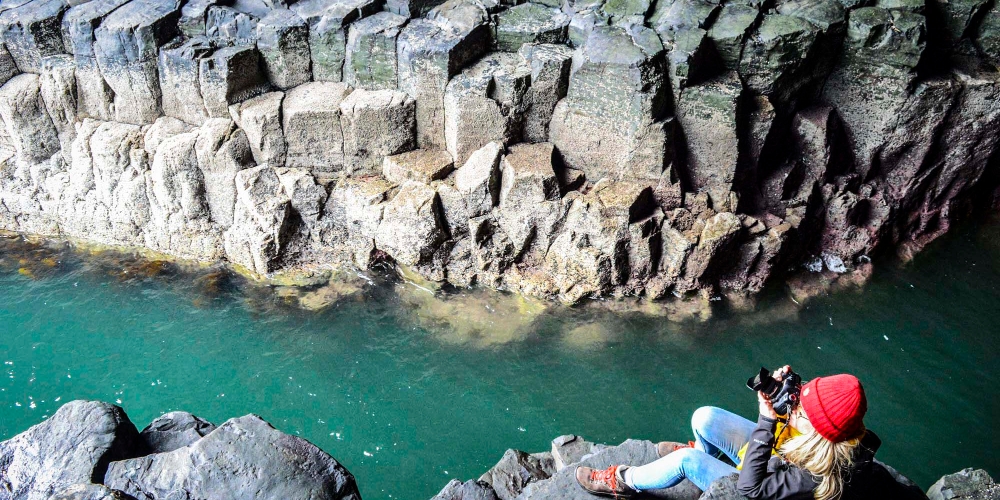 This period of study helped hone my direction. Nature is where I feel most alive, like the best version of myself. I love being smashed by the elements, or challenging myself to drag heavy kit up mountains. Every strong image you make feels like an achievement the more hard won it is. The outdoors strips away worries, and gives an appreciation of the little things. That cup of tea after hiking for 12 hours in the snow will be the best you've ever had! Nature will always be what inspires me in photography. I knew that I had to secure clients that would allow me to work in alignment with my passions.

In recent years, my career has taken me across the globe, I've photographed camels in the Sahara desert, abseiled down mountains and hiked across glaciers on assignment. However, Scotland being home will always hold that unique appeal for me, always be where my heart is. Four years ago I embarked on my first assignment for CalMac, which has developed into an official partnership between us, and they quickly became my favourite client. 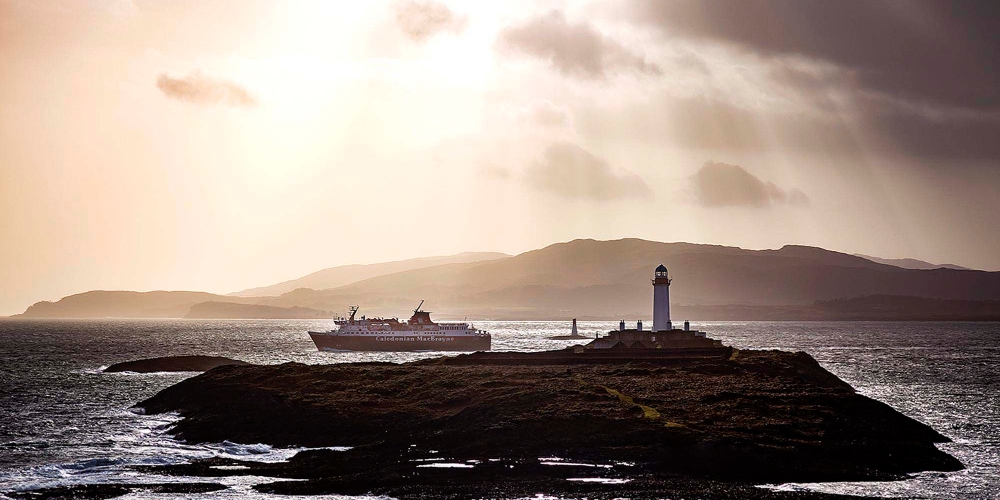 Whilst working for CalMac I met some of the wonderful people at Tiso, the outdoor specialists, who asked me to come on board as a "supported by" team member. Suddenly I was part of a community of like minded individuals. Tiso and CalMac would occasionally partner up and together we would showcase the best of the West Coast, outdoor brands and adventurous getaways in Scotland. Producing photography for Caledonian MacBrayne affords me the somewhat unique position of doing what I love and calling it work. I've been lucky enough to travel toevery island they serve, having some of the most unique experiences of my  career. From observing sea eagles circling their nests, watching the Aurora dancing across the sky, to camping at sunset on a deserted beach, I'm constantly inspired by what the west coast has to offer. After four years I still regularly get the feeling of "I can't
believe I'm at work right now". I've a sneaking suspicion that I might have the best job in the world. Check in next week for a more in depth look at some of my most memorable experiences of shooting on the islands. 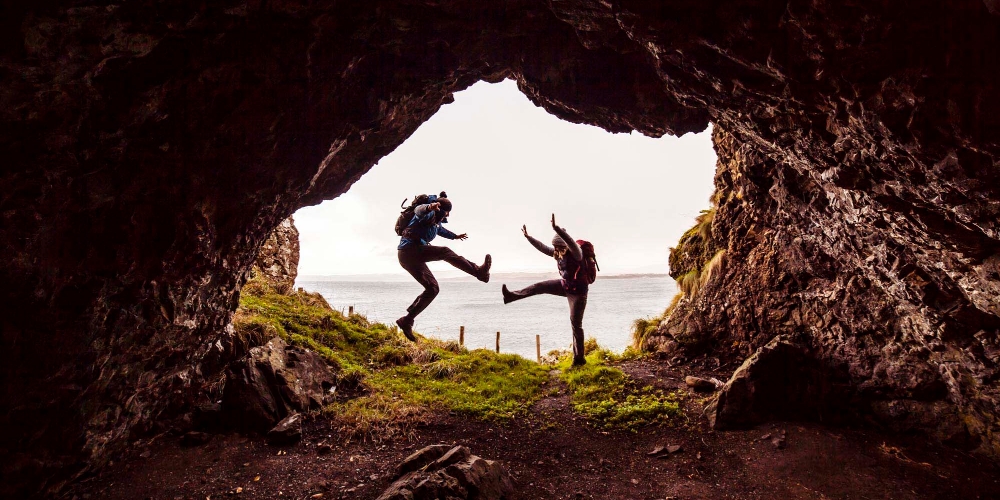