A perfect day out on Arran 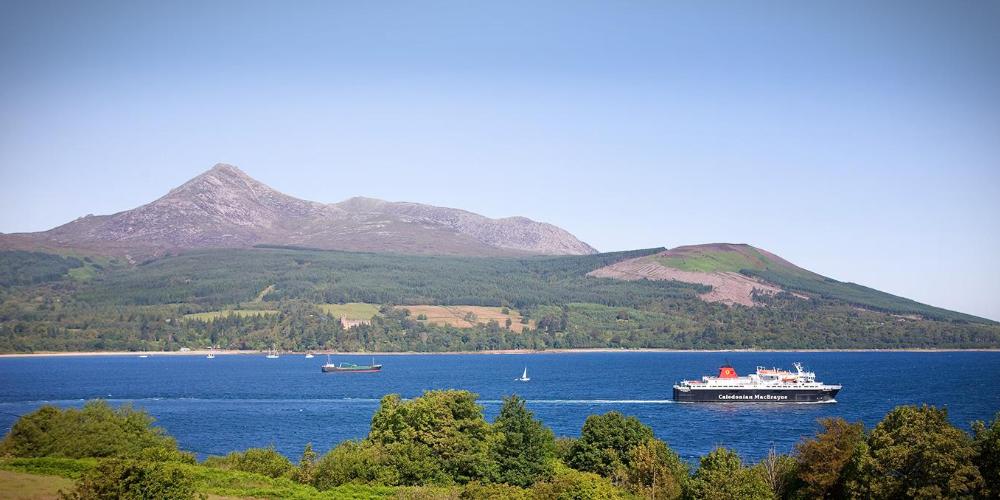 A short ferry trip away across the Firth of Clyde, the island of Arran awaits - complete with its ancient castles, sweeping scenery and wonderful wildlife. Lochranza - 15 miles from Brodick's ferry terminal, offers an excellent mix of all three. It's a perfect day out, whether you're looking to entertain young imaginations, or get your own fix of West Coast nature. Here's what to expect:

As Scottish Castles go, Lochranza Castle has witnessed its fair share of drama. It dates as far back as the 1200s  - and was once home to a powerful local family during a period where Scottish and Norwegian kings battled for control of the seaboard. Robert the Bruce is said to have landed at Lochranza Castle - en route to win the Scottish crown. Later it became a base for another King, this time - James IV - as he plotted to attack the Lords of the Isles.  You can retrace the steps of these giants of history by exploring the castle - it's free to enter - and a great option whatever the weather.

As well as one of the most striking castles in Scotland, Lochranza is home to some really wonderful wildlife. Visit the castle, and you'll probably spot some red deer wandering around the shoreline  - there's a large community of them here. It's a beautiful sight against such a backdrop. Lochranza itself means 'Loch of the Seals' - and depending on when you visit, you may spot some common and grey seals. Late Spring and Autumn are a perfect time to spot seal pups (although it must always be from a distance).  A little more difficult to spot are of course Golden Eagles - but they do frequent the Lochranza area. They're fond of the mountainous land around the village, and have been known to nest nearby.

Lochranza is also home to the Isle of Arran Distillers. The island has a long history of distilling - some of it illicit - but all is above board today. Once you've explored the castle and the bay, you could reward yourself with some of Arran's best produce and legendary island hospitality over in the distillery café - before taking a tour to learn about how the water of life is made on Arran.  They even offer 'Drop Inn' tours in between the main tours, which are perfect for those with young children.

If you enjoy getting further off the beaten track, then there are a number of Arran walks to choose from. For those that want to pack as much as possible into your day trip, the Fairy Dell walk may be just the ticket for you. A circuit walk from Lochranza - it takes you out beyond Newton Point to the white cottage at the Fairy Dell, which local folklore says is the gateway to the land of the fairies. As well as legends, this walk also delivers striking views over to Kintyre, Bute and Cowal.

So, with Scottish castles to explore, herds of red deer roaming free, colonies of seals upon the shore, drams and fairy-tale Scottish walks - a trip to Lochranza is the perfect way to spend the day, whatever the season. Catch the train from the central belt to Ardrossan, and the Isle of Arran is just a 55-minute ferry trip from the mainland. Head over to our Arran page to plan your adventure to Arran.