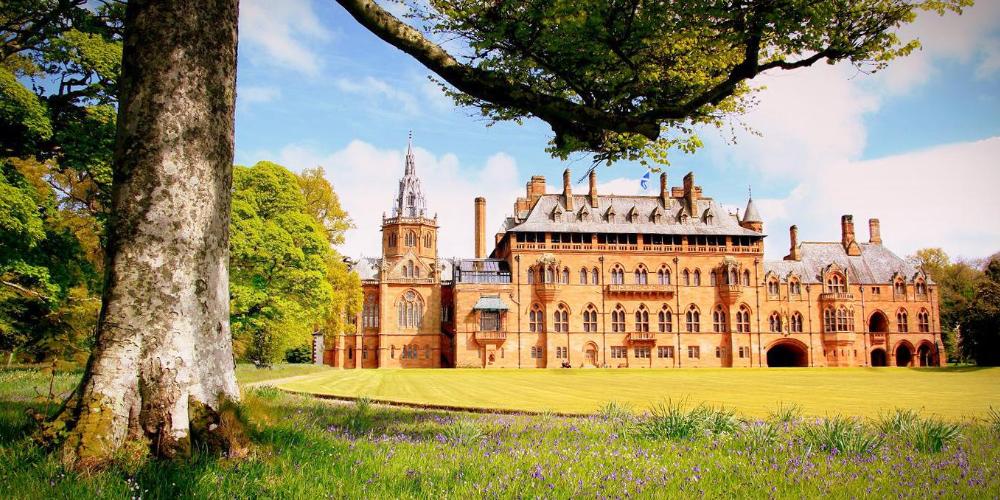 What is worthwhile doing in this world

An interesting title, I thought, for an exhibition currently being held by Mount Stuart's Visual Arts Programme in the neo-Gothic mansion on the Isle of Bute.  I also discovered an unusual focus, as I began my tour on opening weekend.  The stories in this exhibition, told through letters, sculptures, books, poems photographs, lists and sound installations are fascinating and give a touching insight into the everyday lives of two of the world's wealthiest women in their times - Gwendolen Crichton Stuart, 3rd Marchioness of Bute (1854-1932) and Augusta Crichton Stuart DBE, 4th Marchioness of Bute (1880-1947).

Whitney McVeigh, tells stories of motherhood and household duties, of travel choices and journey costs, of children's yearnings for mothers and of an aristocratic woman's heroic war efforts and literary vision, by delving through the Bute Archives, and creating a visual narrative of these women's lives through collated pieces and what she describes as the 'archaeology of memory'.

'What is Worthwhile Doing in this World,' is the question raised by Augusta, an open question, addressing a universal audience.  It is the basis for 'Dear Reader,' a brass plate positioned on the lawn, by the Madonna and Child icon.  It echoes the intimate nature of the exhibits, and McVeigh's two tender portraits of motherhood in the Family Bedroom, are a strong symbol of female identity and collective memory.

Future exhibitions to be held in this magnificent community venue, promise to empower women of the past further and to reveal more of their collective strength and resilience, beginning with an account of the execution of one of the most manipulated women in history: Mary, Queen of Scots, using detailed sources from the Mount Stuart Collection.

Meanwhile, The McVeigh Exhibition, runs from 16th March - 26th April, and can be viewed by appointment or openly over the Easter Weekend.

The Isle of Bute is one of Scotland's most accessible island havens and the wonderful Mount Stuart House and Gardens is a fascinating place to visit.

Travel with CalMac from £6.50 per adult return. Find out more about the what to do on Isle of Bute

Tickets
You don't need to book the ferry to Bute or Cowal in advance - just turn up, buy your ticket at the port and go.
Share this page
Previous Next