The Chaotic Scot interviews Bella and the Bear 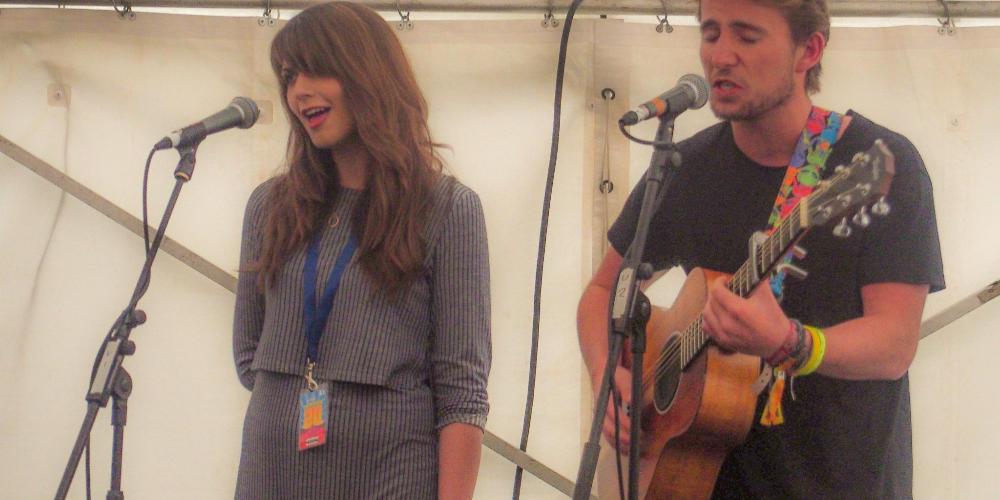 Bella & The Bear Interview with Kay Gillespie, The Chaotic Scot

Back in March, I went along to the CalMac Culture Music competition final at King Tuts in Glasgow, to see a variety of musicians from around the country perform to win a spot at one of Scotland's music festivals. You can read about the night . Bella & The Bear were amongst my favourites, so it was great to catch up with them again after their Saturday night performance at Heb Celt.

How long had Bella & the Bear been together before the CalMac Culture Music Competition?

We'd probably been a band for about six months at that point. We just heard about the competition and naturally thought we would give it a shot. The night was great, the calibre of acts involved was really great, so it was a real nice surprise for us to be given a slot at this festival. It's the most fitting festival for us to come to for the first time as a band, as there's such a great atmosphere.

How did Bella & the Bear come to be?

We study music together, we study Commercial Music at Ayr and are just about to go into our third year. We wrote loads of music together and it just kinda became this thing quite naturally. As a band, or as Bella and the Bear it's not even been a year yet, but it's been a really quick year.

Who came up with the band name?

In a lot of our music... we try to tell stories or create characters and we toyed around with names of band which sound like storybook titles. Once we had Bella & the Bear, my friend Chris is a comic book artist so he drew up our artwork and it just fitted really well.

The chemistry that you have on stage, is it just chemistry or is it the look of love?

What's next for Bella & The Bear?

We're playing Wickerman Festival at home and then we're going to record a new EP and make a film with a director called Ian Henderson who just won a Bafta. The film is for the new EP which is a wee bit scary. We're hoping to premier it in October. We have a big launch booked which I can't really talk about yet.

How can we find out more about you now?

Twitter and Facebook are the best way, and we're also on Spotify. We've got our first EP out now so would love for people to have a listen. Just search Bella & the Bear and the artwork should help you find us.