Buses, bays and beautiful mansions - a day's adventure on Bute 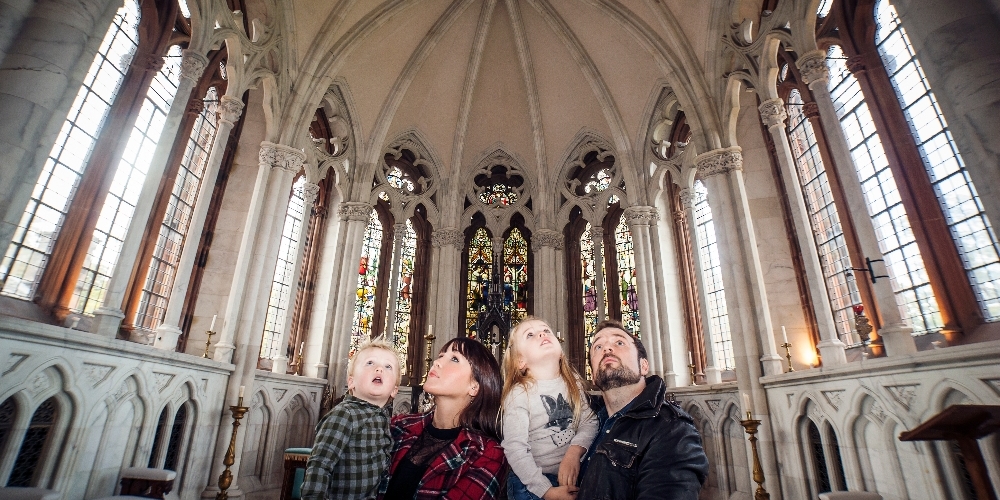 Bute is well known as one of Scotland's most accessible Scottish islands. It's only a short ferry and train ride away from the city, yet once you're there; it feels like you're a world away - thanks to its tranquillity and stunning surroundings. Once on Bute, hop aboard the island's open top bus to be whisked around Bute's beautiful bays, before visiting its striking gothic mansion, built by the Marquess of Bute - a visionary Victorian aristocrat. There's plenty of family fun to be uncovered on the Isle of Bute - here's what to expect:

Begin your visit to Bute with an exhilarating ride on the island's open top bus, a great way to soak up as much of the island as you can. You'll be whisked around Bute's most memorable sights - from its beautiful bays - Ettrick, Scalpsie, Kichattan and Ascog to its buildings like Kames Castle and Mount Stuart. As you travel, you'll be able to soak up the glorious views to Kintyre, Arran and the Holy Isle, whilst your driver entertains with commentary all about this unique spot on the West Coast.

The bus will deposit you back at the island's main town, Rothesay, so you're well placed to explore the magnificent Rothesay Castle. Like many Scottish Castles it has a story to tell. It dates as far back as the 1200s and has experienced Viking sieges, and hosted some of the main characters of history - from Robert the Bruce during the Wars of Independence to Cromwell's troops in the 1600s. A visit to Rothesay Castle to explore its surviving features and learn about its historic guests is a great way to inspire imaginations of all ages.

Speaking of inspiration and imaginations - be sure to make time for a visit to Mount Stuart House during your trip to Bute. A striking neo gothic mansion, and a house of engineering firsts, it was the brainchild of the Third Marquess of Bute - a visionary Victorian. Mount Stuart was the first house to have electricity, a heated indoor pool and a telephone. It also houses an incredible art collection, 25,000 books - some of them rare publications. It's home to incredible architecture and design - including a beautiful constellation of stars painted on its ceiling, and it is surrounded by a 300 acre garden with many exotic plants. There's quite literally something for everyone.

A memorable time awaits you on the isle of Bute  - with castles, mansions, and adventures aboard an open top bus.  A perfect adventure, and as it's just a short train and ferry ride away from the central belt, it's one of the easiest day trips in Scotland. Perfect if you're looking for things to do in Scotland with kids this season. Head over to our Bute page to plan your adventure to Bute.