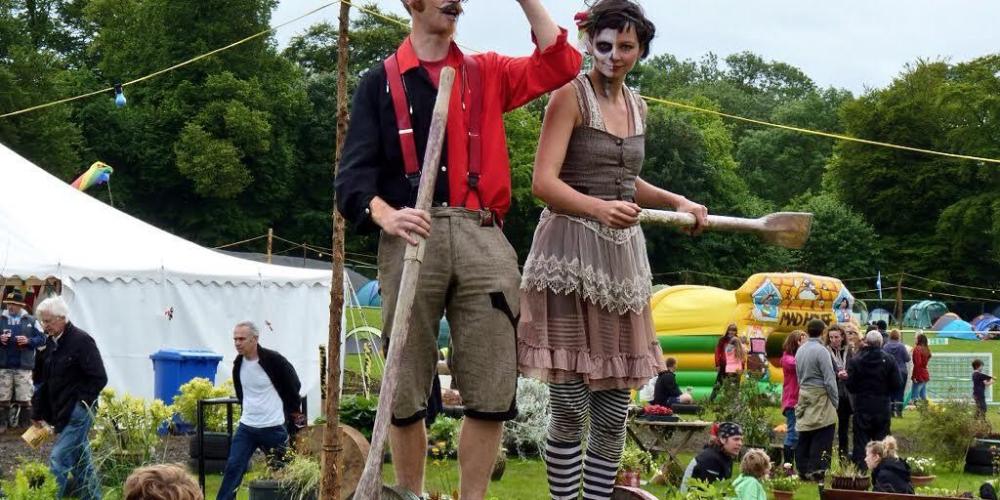 In true Scottish style, Saturday was a complete weather contrast with the sun shining and quirky outdoor seating areas being put to good use, with a bathtub, kitchen sink and even a boat making surprisingly comfortable resting places (of course I had to try them all out for research purposes!).  Jugglers and children's entertainers gathered curious audiences and several pop up shops decided it was safe enough to display their colourful wares outdoors.

In the CalMac Culture tent an afternoon of eclectic musical acts meant that most tastes were catered for, from the heavy guitar sounds of Deer Leader to the folk singer Tilly Dalgleish and the haunting traditional Scottish vocals of Salt House.

Meanwhile on the main stage I enjoyed a set by The Lonely Together, an up and coming Scottish band who also impressed me with their energetic partying throughout the weekend! 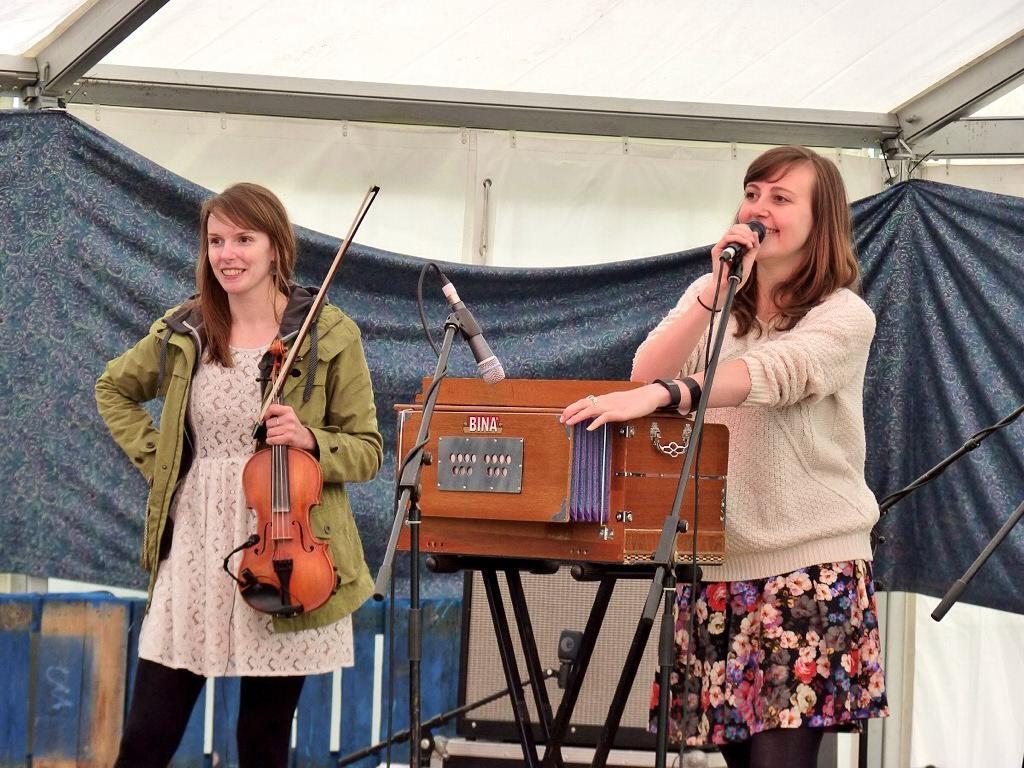 In need of some refuelling before the evening acts took to the stage I was spoiled for local choice in the Food from Argyll tent, which included two stalls from Bute producers, Henshelwood Foods and Macqueens Butchers, meanwhile Bute Brew was going down a treat in the beer tent.

With the day heading towards its climax, the alternative hip hop sounds of Stanley Odd boosted the energy of the enthusiastic crowd, warming everyone up nicely for the much anticipated Saturday night headliners.

With an improvement in the weather and 2 days of partying, it would be fair to say a fitting celebration to end the evening and properly christen the first Butefest was much needed and festival favourites, Peatbog Faeries, were the perfect party choice.

Their high octane take on contemporary Scottish folk music, energetic performance and vibrant light show had the crowd bouncing from start to finish and I know I was still bouncing all the way home after!  If there was a moment during the weekend that really captured everyone coming together to celebrate, this was it.

I can only imagine the deflation a band must feel when they find out they are playing a Sunday afternoon festival slot.  Someone has to do it but let's be honest most people are tired, possibly still sleeping and more interested in chilling out than jumping around.

When Foreignfox took to the main stage a meagre number of people gathered to listen as I sat at a picnic bench nearby stocking up on some much needed hot food.  It wasn't long before I hurriedly finished my lunch and made my way to join the still small but growing audience.  The Dunfermline band had exploded on to the stage and were completely owning it! I can only describe what I saw as a performance worthy of a festival headline slot, they gave 500% despite the time of day and humble congregation.  Some bands just have that special something and without doubt they were my act of the festival and one to watch out for. 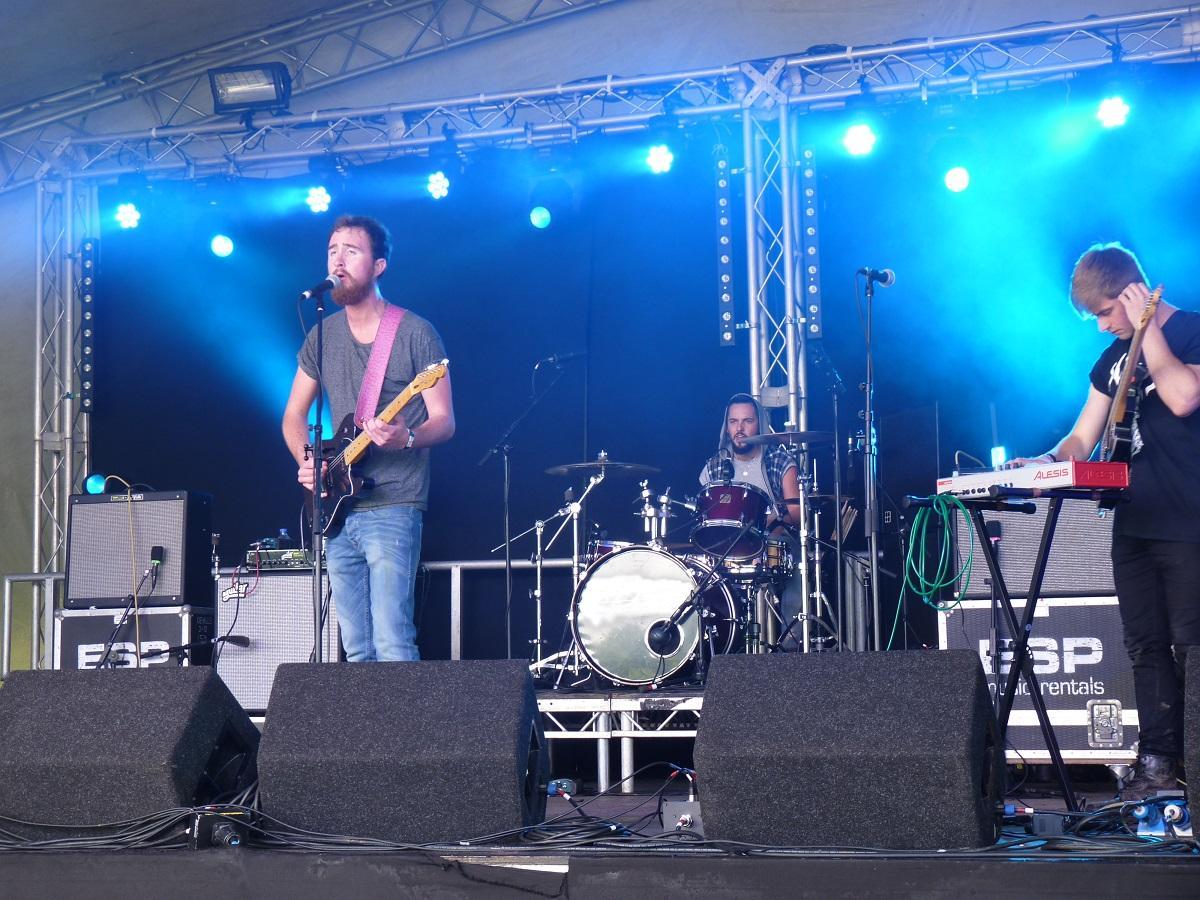 Scottish band talent was in plentiful supply on the Sunday with Culann and Robot Doctors putting on rocking performances and I particularly enjoyed the upbeat sounds of The Youth and the Young.

The hard-core festival goers that had lasted to night 3 showed no signs of slowing down and swampy patches were being put to good use by a couple of brave souls who decided to strip down to their underwear and repeatedly body slide across the mud to enthusiastic encouragement.

People sat and chatted around the festival campfire while fire acts and fairy lights brought a warm glow to the final evening as the last acts took to the stage.

The John Langan Band spread a wave of contagious dancing with their unique blend of Celtic, Roma and Flamenco tunes and I found myself splashing in brown sludge to the fast paced rhythms, making the most of my last hours of carefree festival abandonment. 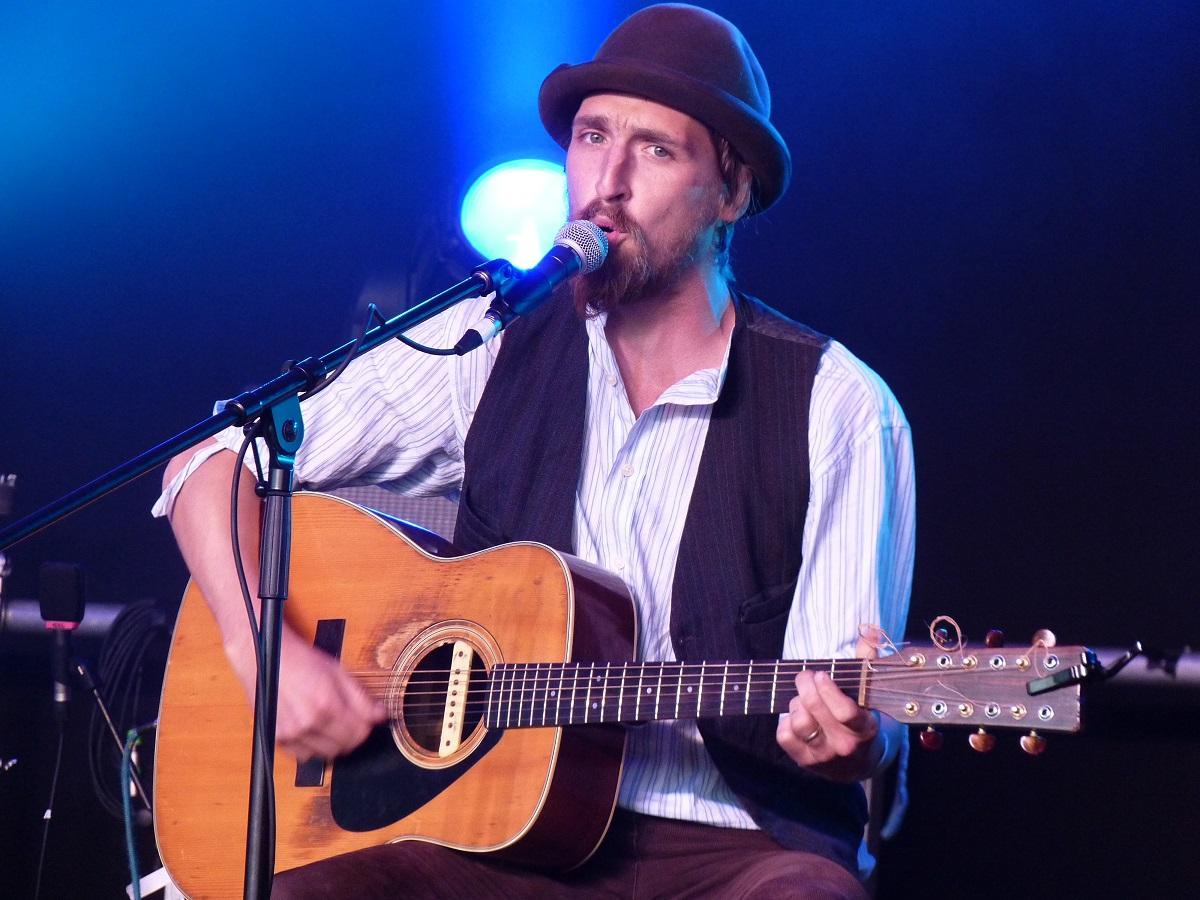 Unfortunately all good things must come to an end and when the headliners Treacherous Orchestra finally finished already 30 minutes over their time, the pleading cries for 'one more' which echoed around the arena seemed a fitting vocal verification of the success of the first Butefest which will hopefully be the first of many. 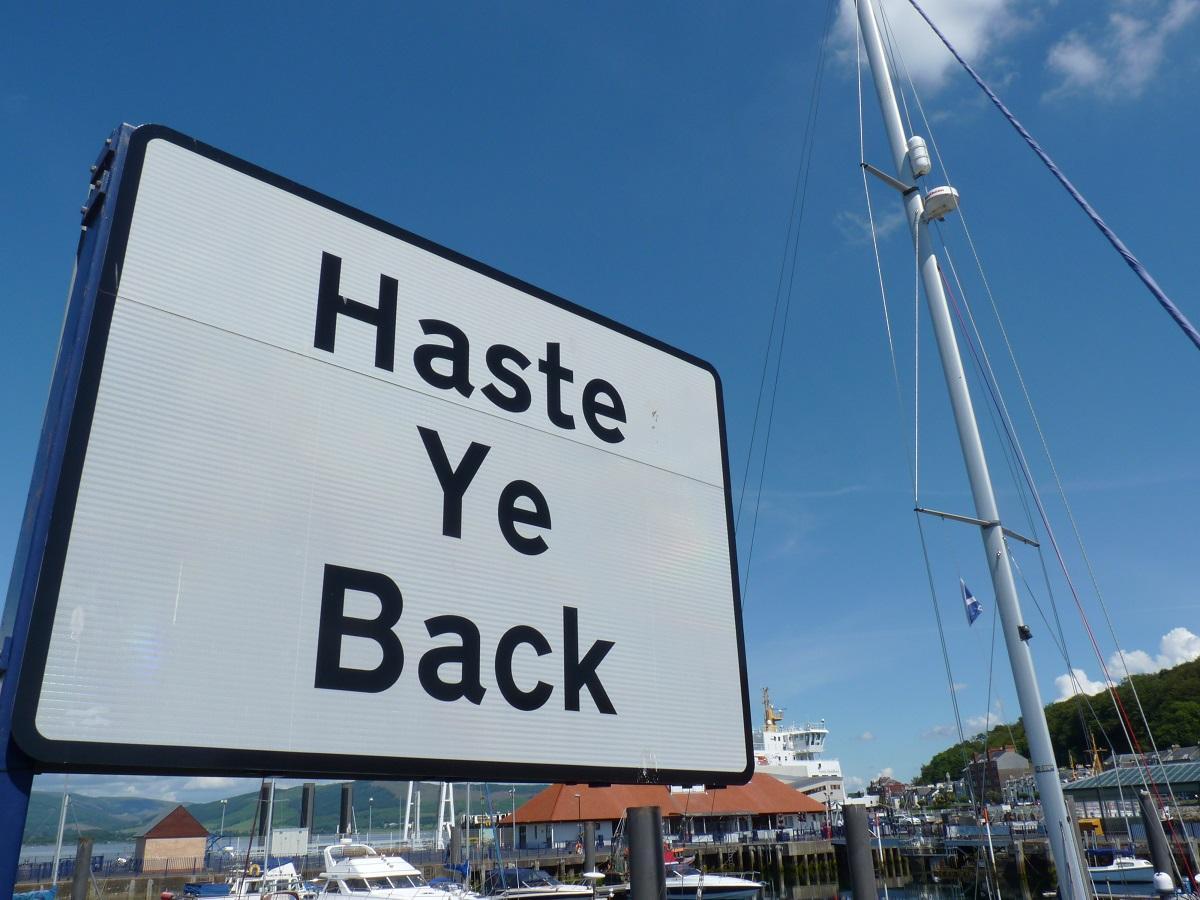 Take some time out your weekend to explore more of buteiful Bute from the comfort of the open top sightseeing bus.  An 80 minute trip takes you around the island and provides panoramic views of the coast and beaches which are sure to tempt you back for a longer visit! 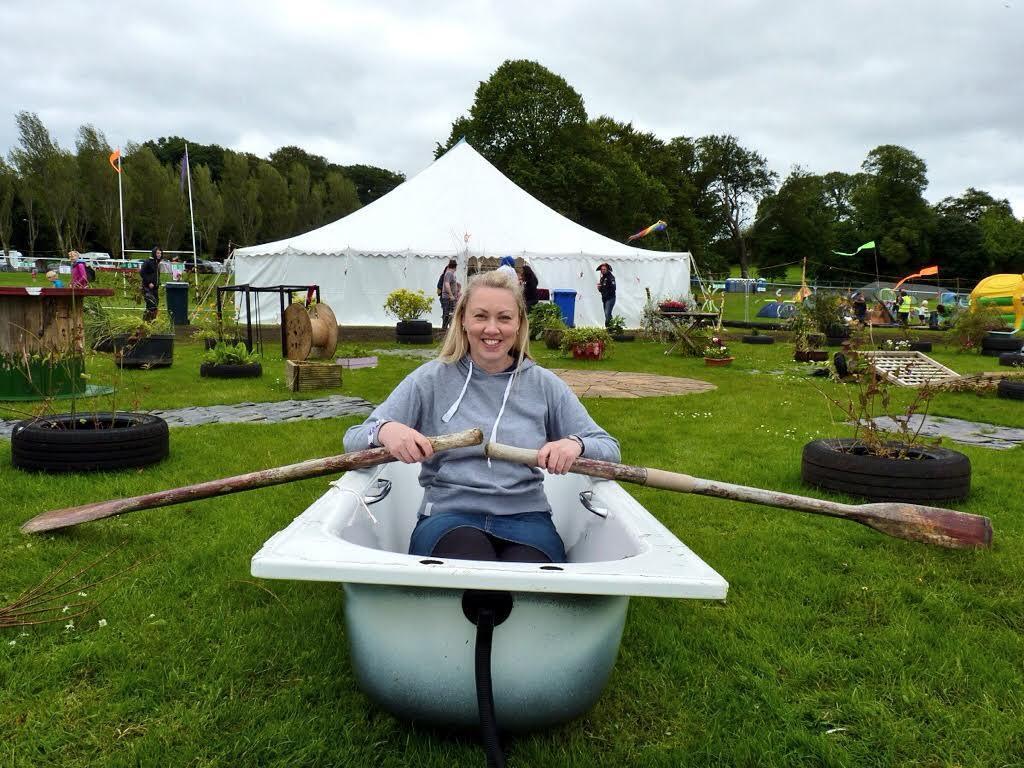 Susanne Arbuckle is a Scottish travel blogger at Adventures Around Scotland. She is a former city girl now island dweller who loves nothing more than inspiring others to discover the best travel experiences Scotland has to offer and create lifetime memories along the way.