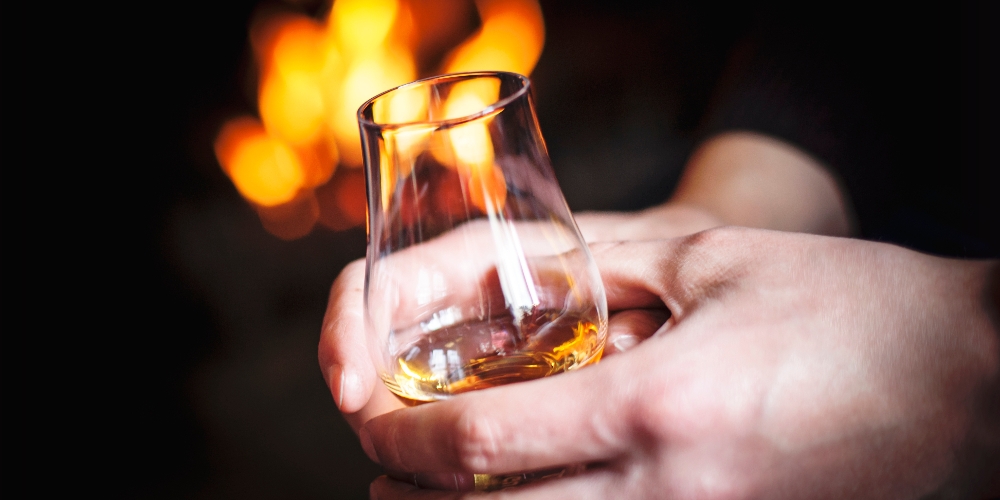 Everybody knows about Islay's most famous export: powerful, peaty whiskies. And you could fill a whole holiday with visits to the island's eight distilleries - but don't miss the Single Malts from other west coast islands too. From Harris in the north to Arran in the south, there are plenty of opportunities to stop and sample one of our favourite exports.

Here's our whistle-stop tour of some island whisky hotspots to tempt you.

Scotland in miniature wouldn't be complete without its own distilleries. The distillery at Lochranza produced the first legal dram of whisky made on Arran for over 160 years in 1998. Founded in 1994 by Harold Currie, former director of Chivas and a D-Day veteran, with the intention of building a distillery on Arran. And they're still making it today — which is good news for you. Take the ferry from Ardrossan or Claonaig and you could be stepping into their award-winning visitor centre within a couple of hours. Its sister distillery at Lagg opened in June 2019. With a compelling story to tell, the new distillery will dig deeper into aspects of production to add more understanding to your appreciation of peated malt. 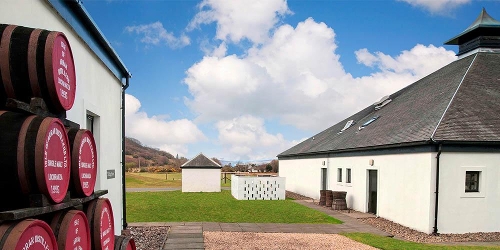 There's a folk song about Campbeltown Loch, wishing it were full of whisky. Last time we checked the loch it was still just cold, Scottish water - but with three distilleries packed into the town you won't be short of a dram.

It's no more than a 10-minute walk from Glen Scotia distillery in the north of Campbeltwon to Mitchell's Glengyle Distillery in the south, though popping in to Springbank Distillery along the way will slow you down a tad. All three venues offer tours — combine them with an overnight stay in one of the local hotels and you could just about fit them all in.

Get to Kintyre and Campbeltown 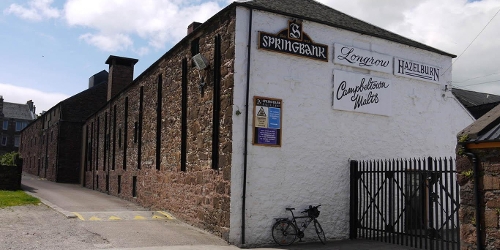 It's hard to travel too far on Islay without bumping into a whisky distillery. Familiar names like Bunnahabhain, Bowmore, Bruichladdich and Laphroaig are all created there, and there's also a host of others to discover. Getting there is easy too, with ferry routes from the mainland to the north and south of the island. While you're there, why not pop over to Jura? The ferry journey is just five minutes. 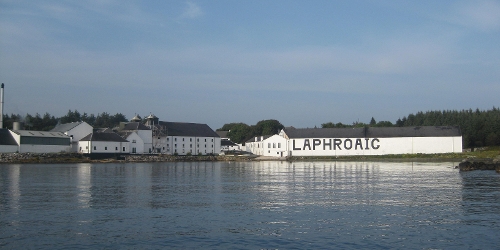 4. Jura — there's gold at the foot of those dark hills

With just one road, finding your way around Jura shouldn't pose any problems. Nor should finding the one pub or the one distillery — they're both on the one road. Originally built in 1810, and resurrected in 1963 after falling into ruin, The Isle of Jura Distillery's incredibly tall stills sets it apart, according to the Diurachs (the local people of Jura).

Get to Islay & Jura 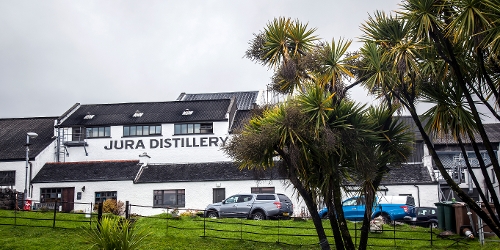 Tobermory Distillery sits to the south of the town's colourful and iconic seafront. Established in 1798, it's one of the oldest commercial distilleries in Scotland. In fact, the town itself was only founded a decade earlier, which gives you some sense of what the founding fathers' priorities were.

They probably didn't have tours in those days, but they do now — seven days a week. Ferry options to the island include Oban to Craignure, or shorter journeys from Lochaline to Fishnish and Kilchoan to Tobermory, though the latter two involve a longer drive if you're coming from the south. 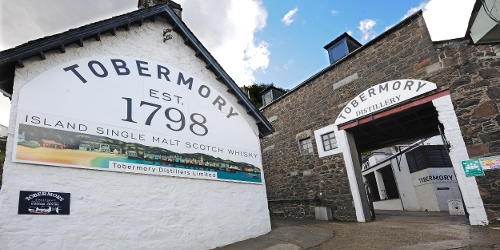 6. Skye — heritage of a wild island

Talisker — with trademark smokiness that perfectly captures its rugged, windswept homeland. Set on the shores of Loch Harport, distillery visitors can enjoy dramatic views of the Cuillins, a rocky mountain range that dominates the island. Distillery tours aren't available on Sundays during May so time your visit with perfection to avoid disappointment.

Torabhaig - another of the traditional farm steading-turned distillery projects cropping up across Scotland in recent years, though its output is significantly larger than many of its peers. Skye's second distillery is configured to produce a traditional island-style malt whisky - medium-weight and medium-peated with a long fermentation in wooden washbacks and plenty of copper interaction providing a fruit-forward spirit. Every drop of its spirit will be earmarked for bottling as a single malt to begin with, though expect to see some siphoned off for blending further down the line.Whisky production commenced at the distillery in early 2017, and a small visitor's centre complete with café and retail shop openned to the public in July 2017. 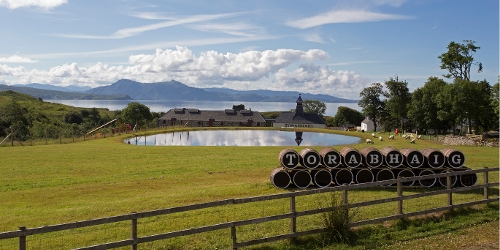 The Isle of Raasay Distillery was designed by local architect Olli Blair, and built by the hands of several islanders, roughly the size and shape of Manhattan, there are just 161 residents on Raasay. The first legal distillery on the Isle of Raasay began distilling in 2017. It is their vision to create the finest Hebridean single malt Scotch whisky and a unique whisky destination. Book a distillery tour and discover one of Scotland's newest whisky distilleries up close. As you pass the all-important copper pot stills, you will catch sight of the incredible view across to the Cuillin mountains on Skye, arguably the best from any Scottish distillery. The first legal Isle of Raasay Single Malt Scotch whisky will be released in 2020. 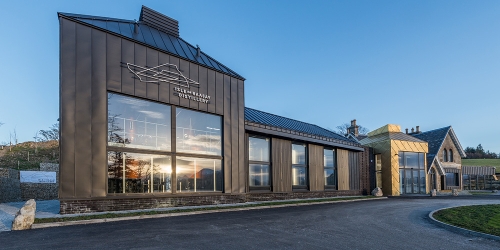 If you've got time to fit in the slightly longer journey, complete your island whisky tour with a trip to Abhainn Dearg Distillery (that's red river in English) in north west Harris. Opened in 2008, it's the first legal distillery in the Outer Hebrides since 1829. Tours are moderately priced and run from Monday to Saturday during the summer (they do gin too - so don't miss your chance for a perfect island G&T). If the weather's right, take a trip to the nearby Uig Bay beach for unspoilt beauty and acres of golden sand.

The Isle of Harris distillery in Tarbert is most definately worth a visit. Dubbed The Social Distillery, it is the first commercial distillery to be built on the Isle of Harris. Currently lying in cask, the first batch of The Hearach single malt is scheduled to be ready from late 2020 for bottling. All the cows on Harris are fed for free on the distillery's draff; work experience placements are offered to school children during the summer; local artists' work feature within its walls and the visitor centre plays home to book readings. The only style of whisky fit for a distillery like this is a complex island malt, lightly peated with additional layers of flavour from a cloudy wort and long fermentations. In the meantime you can enjoy its award-winning Isle of Harris gin - made with Sugar Kelp seaweed, gathered sustainably by hand from local sea-lochs, as their key botanical to express their island's unique maritime nature. 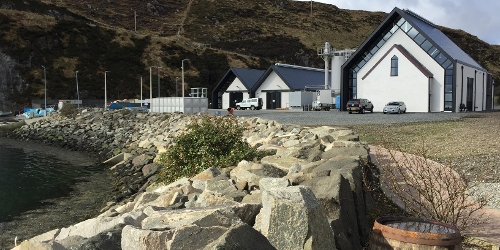 Plan ahead and stay safe

Alcohol and cars don't mix - so if you're planning to take your car to the islands, you'll need to think carefully about how you're going to get about.

You could go with friends and draw up a rota for nominated drivers. Or you could make use of the local taxi and bus services on the islands: a quick search online will give you a few phone numbers, but one thing to bear in mind is that it is best to contact them in advance. A third and arguably most enjoyable option is to plan ahead to ensure you stay close enough to your chosen distillery so you can enjoy walking through the beautiful island countryside.