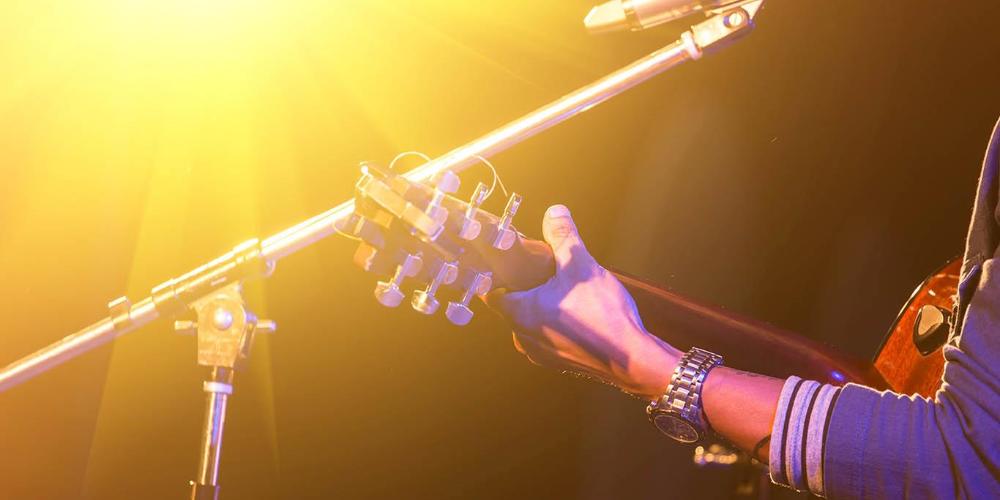 Step off the Caledonian MacBrayne ferry at Rothesay on 1st May and you're in for a real treat - a holiday on one of the prettiest of Scottish islands combined with a four day programme of top quality jazz.

The Isle of Bute has become the home of jazz in Scotland and outside Glasgow and Edinburgh its four day Festival (May 1st - 4th) is the largest and possibly the most diverse you'll find in the UK north of the border.

First staged 28 years ago by the late great Phil Mason, who sadly died last year, the Festival includes some 40 events, featuring 20 bands and individual artists in 10 venues, all within walking distance of the CalMac ferry terminal.

For CalMac customers  thinking of making a trip to the Isle of Bute for the first time, it is one of the easiest islands to reach being located in the Firth of Clyde around 35 miles west of Glasgow as the crow flies.

Embarking on the 35 minute ferry trip from Wemyss Bay, our customers will be taking a step back in time to the days when travellers to Bute would have travelled by paddle steamer or steam ship from one of the many docks and piers on the River Clyde and voyaged west down the river and 'round the corner' into the Firth of Clyde.

As well as by car, Wemyss Bay is easily accessed via bus services and a frequent rail service from Glasgow Central, and once in Rothesay there is a choice of hotels, guest houses and self catering accommodation available with patrons eager to make your stay as enjoyable as possible.

A late change in the programme sees the welcome return of the Savannah Jazz Band from the north of England substituting for Bobby Wishart who is thankfully recovering after a nasty fall down a flight of stairs. Savannah has played its New Orleans style jazz throughout Europe and Canada,  most recently on Saga Holidays Rhine cruises.

Whilst traditional New Orleans style jazz is the forte of the Festival, efforts are being made to broaden the appeal. Enter newcomers, Edinburgh based Jazzmain who play funk jazz as well as blues, soul, swing and latin genres making them one of the most versatile bands out there.

More fresh faces come in the form of the Ken Mathieson's Classic Jazz Orchestra which Ken formed in 2004 to investigate and re-interpret his entire range of jazz styles from ragtime to hard bop.

Saxophonist, Mark 'Deke' McGee  who has played with bands all over Europe and North America, is bringing his quartet comprising himself, Michael Kelly (piano), Sam Firth (bass) and Andy Cowie (drums) for a first appearance with blues, swing, gospel, soul and rhythm n' blues their speciality.

Soloists have a strong following at the Bute Festival, witness the popularity of the 'one-man blues band' Mike Whellans with his guitars, mouth-harps, vocals and drums who will be asppearing again. So high hopes that first timer, Anthony Purdy, will also wow the crowds. This swing, jazz and rock 'n roll guitarist specialises in music of the 30s.40s and 50s, while highlights of his career include four shows in Los Angeles last year.

Making a return visit north are some of London's most talented younger jazz players, Richard White's Fivers, a band that has developed a great repertoire of numbers played in 20s/30s jazz style. Closer to Bute are the north west England based Chicago Teddybears Society Jazz Band, a septet which can be relied on for an assured and entertaining performance of a range from Dixieland through New Orleans to mainstream.

One of the Festival features is the Rothesay Castle Picnic which is very much a family orientated event. For the last two years this Sunday afternoon session has unfortunately had to be transferred inside to the Pavilion on account of the weather but 2015 could be third time lucky. Providing the jazz entertainment will be the Brownfield/Byrne Hot Six and expect pieces by Louis Armstrong, Fats Waller and Duke Ellington to feature among their numbers

No Bute Jazz Festival would be complete without two of Glasgow's finest - King Tut's regulars, Penmans Jazzmen who played their first gig in Lenzie Town Hall in 1959 and gypsy jazz specialists Rose Room. Both have a strong following in Rothesay and drew good audiences to their 'Jazz at the Vic' gigs at Rothesay's Victoria Hotel before Christmas.

This is just a flavour of what's in store from 1st - 4th May - there's lots more. For further information on bands, booking details and accommodation go to www.butejazz.com or visit our Bute destination page.