Barra, the Outer Hebrides in Miniature with Robin McKelvie 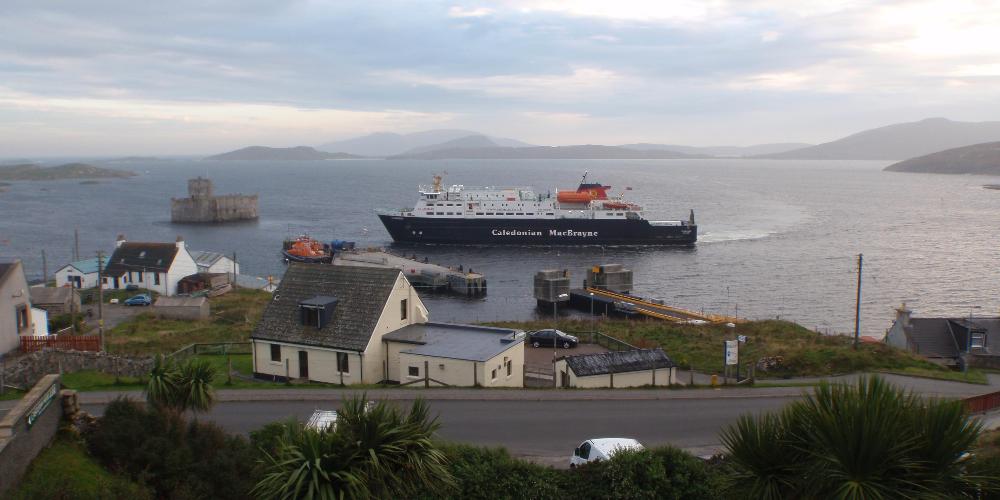 As a travel writer I've been to 100 countries and I rate the Outer Hebrides up there with anywhere I've been. This130-mile long archipelago is peppered with myriad tempting islands so it can be hard to choose where to visit. If you're short on time I recommend a wee escape to the isle of Barra, which for me is a beguiling Outer Hebrides in miniature. 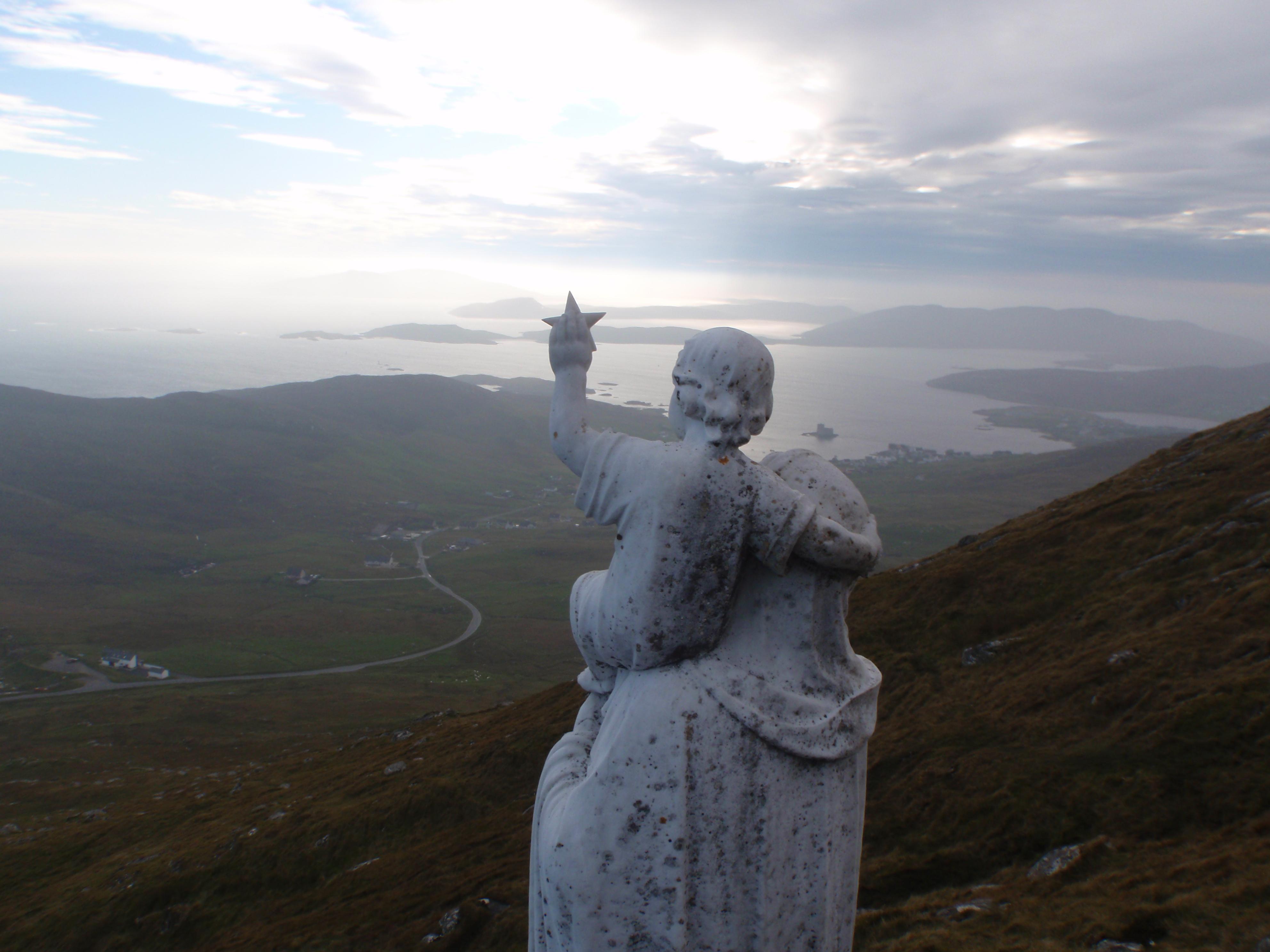 Barra has many of the best bits of this spectacular archipelago packed into one easily navigable island. Tucked as it is on the southern end of the Outer Hebrides getting here is all part of the fun. Whether you take the ferry from Oban on the mainland or neighbouring Eriskay the island is instantly appealing. Barra may only be eight miles long and five miles wide, but what it lacks in size it more than makes up for in diversity with the vaulting hulks of Ben Tangaval and Heaval giving way to rambling glens, bright machair wild flowers, moors, rolling hills and pristine white sand beaches. 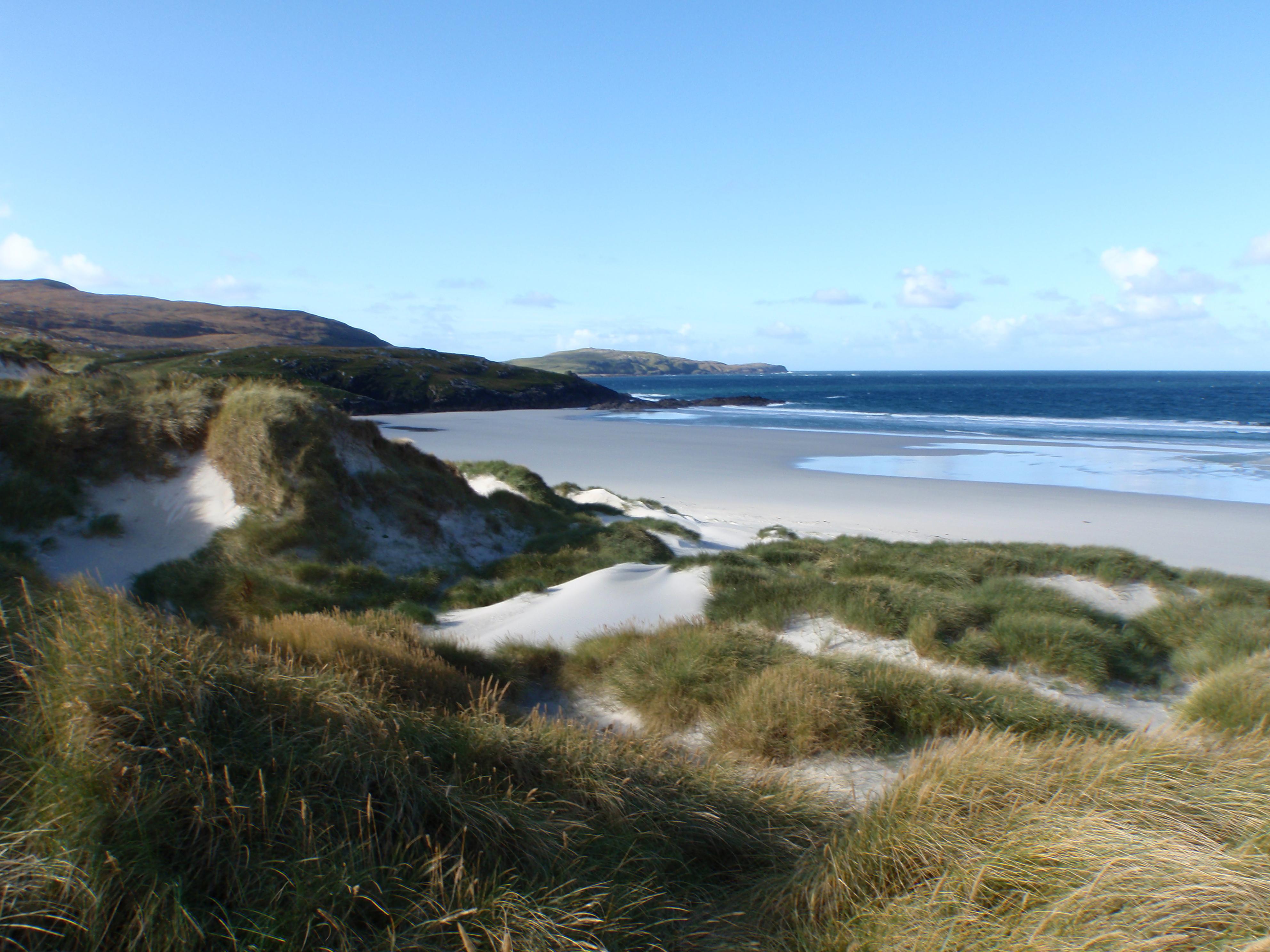 The west coast of Barra is laced with puffy white sand beaches. When I was up here writing the National Geographic guide to Scotland a visitor from America said the beaches in the Outer Hebrides look like the Caribbean. I suggested to him that it should be the other way round as the landscapes here are millions of years older! 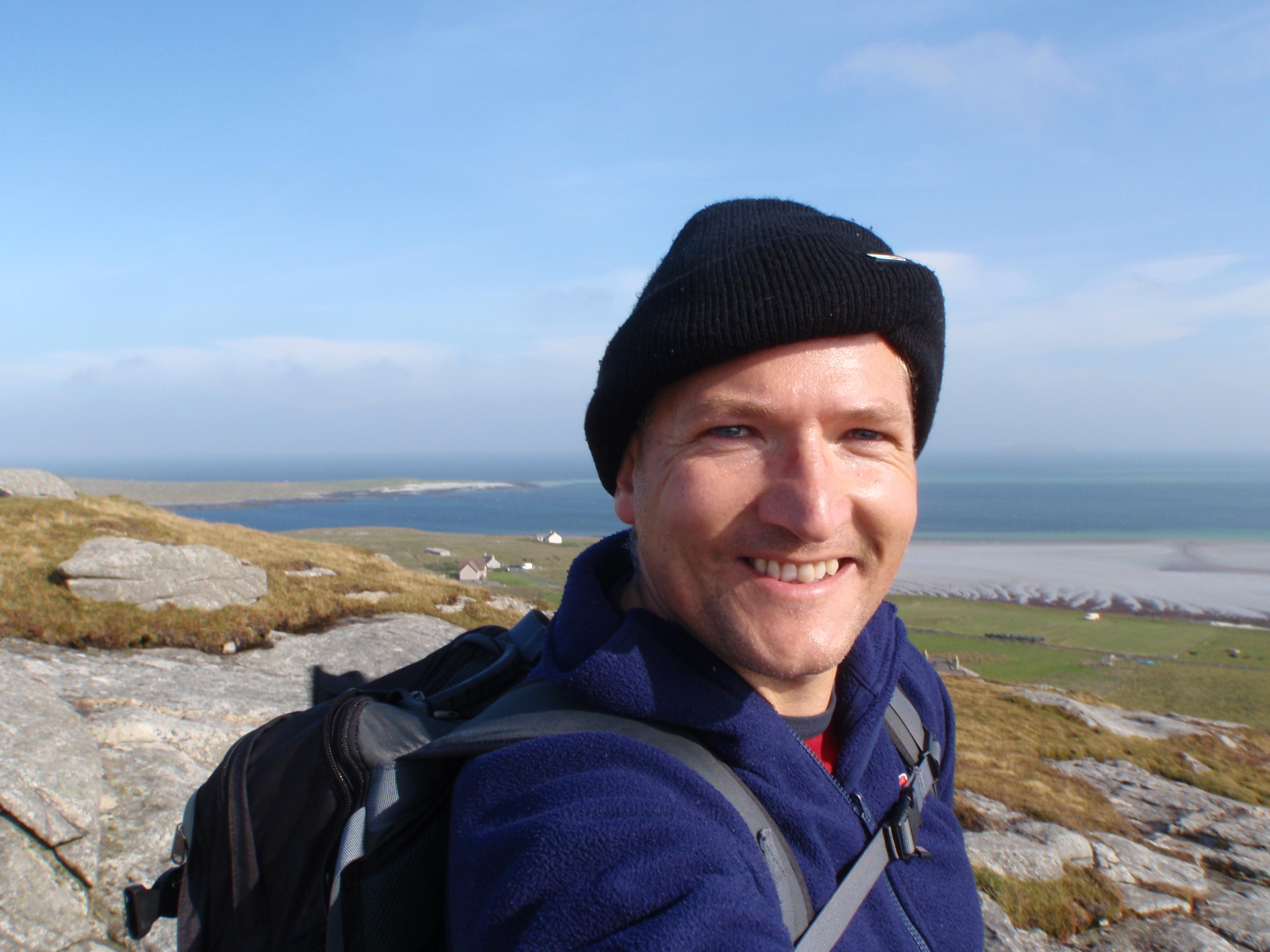 The local rocks, Lewisian gneiss, are in fact some of the oldest rocks on the planet. They sweep up into rugged hills and tempting peaks, none too high or technical. Anyone taking all the usual hill walking precautions can enjoy hiking here and the chances are you will see more seabirds and birds of prey than people. The hike up the island's highest peak, Heaval, is my favourite walk. From this easy to conquer peak the whole island opens up, and you can see the mystical and remote Bishop's Isles tempting to the south. 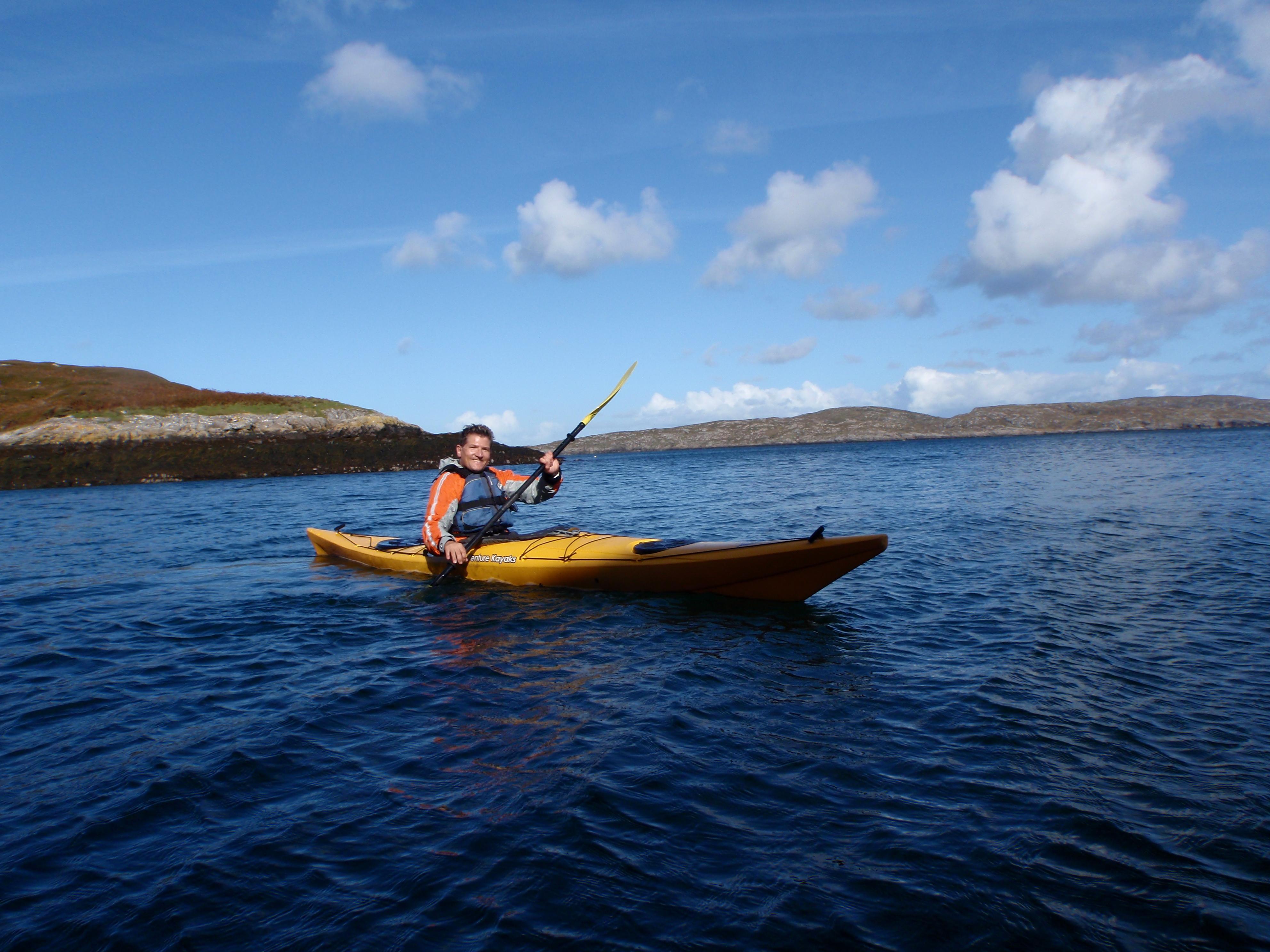 Another great way to explore Barra is by sea kayak. On my latest trip to the island I headed out with Chris from Clearwater Paddling. This ace local company cater for everyone from beginners right through to expert paddlers. They do overnight wild camping safaris, but I was content with a few hours paddling around the coast. 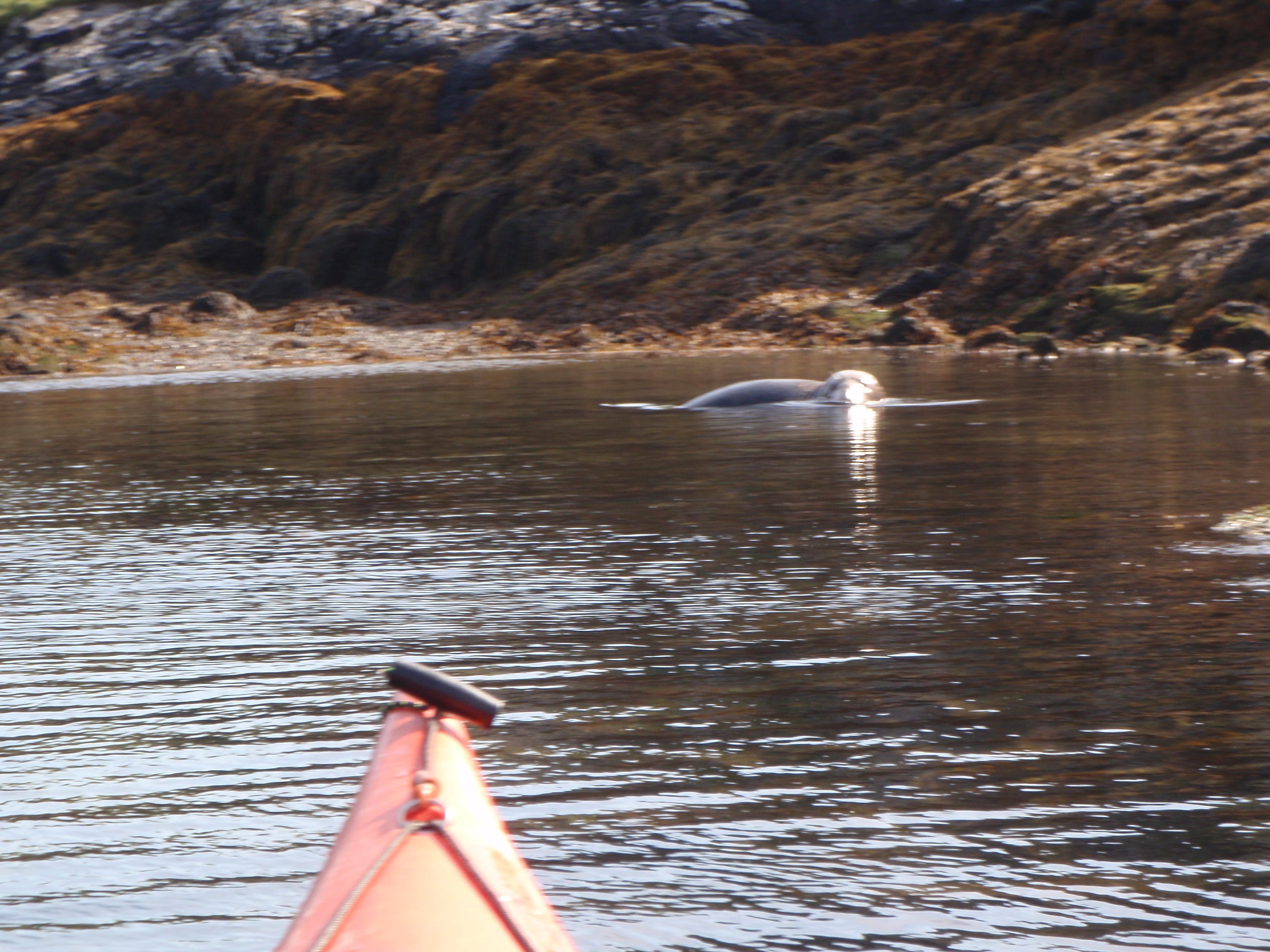 Within the first hour we'd seen an otter scurrying along the shoreline, a pair of golden eagles soaring high above and myriad seabirds, from gannets to great skuas. As we cruised into a little bay for lunch I came a bit too close for comfort to an adult grey seal. He reared up before bulleting right under my kayak. If you want to get closer to nature Barra is certainly the place!

Perhaps the island's most unusual manmade attraction is the Barra Golf Club. This is a truly unique course that would stump the likes of Tiger Woods and Rory Mcllroy. It may only have nine holes, but it contains tricky hazards such as the 'largest bunker in the world' (a giant Atlantic beach) and fences built around the greens to keep out the cows that have the same effect on golf balls!

Fairways on Barra are little more than rock-strewn hillsides and many players consider themselves lucky to lose only one ball a hole. Still, with sweeping views of the Atlantic Ocean and seals bashing around in the surf, it has to be one of the most scenic courses in the world.

Elsewhere around the island the layers of history that make Barra so special reveal themselves. Man has lived on Barra since Neolithic times and traces of various earlier settlements emerge with the likes of the standing stones of Brevig Bay and the Dun Cuier complex. Then there is the Dun Bharpa cairn, where the dead were laid to rest in Neolithic times. The Black House Museum in the centre of the island gives a vivid idea of how people lived in these sturdy traditional homes until the 1970s.

Today's island residents are a lucky lot as the island is home to an impressively rich natural larder. Seafood is the highlight, though Barra beef and lamb - reared on the sea salt kissed local pastures - is also superb. In Café Kisimul in the island capital of Castlebay I'm a huge fan of an unusual treat, their king scallop pakora. Trust me - it works so much better than it sounds! The rich, juicy meat is perfect with the Indian spices.

I finished this trip in traditional Barra style with a pint at the legendary Castlebay Hotel. The bar here is one of the island's social hubs and if you are lucky you might catch a live music session. I was certainly in luck with a couple of the legendary Vatersay Boys in banging out songs and bashing away on the fiddle, the perfect end to a trip to the island that for me that is like the Outer Hebrides in miniature. I guarantee as you sail away you'll already be planning a return to explore more of this unique archipelago! 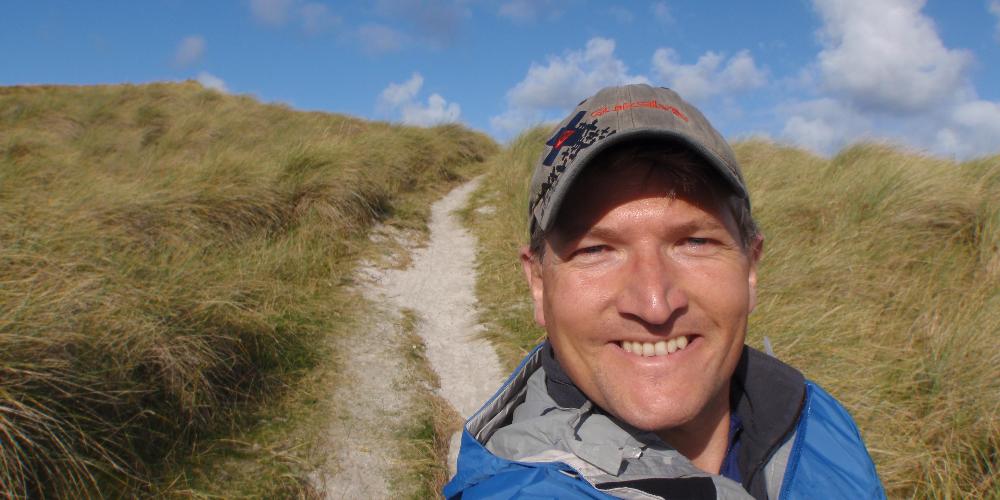 Robin McKelvie has been travelling on Scottish ferries ever since he was a wee boy and writing about them and the places they serve since he became a travel writer in 1997. Robin has travelled to over 100 countries, but still rates Scotland 'as easily my favourite destination in the world'. These days, as well as penning travel articles for newspapers and magazines across five continents, Robin also writes guidebooks, does a lot of social media and also talks travel for the BBC. He also blogs about Scotland for multiple websites.