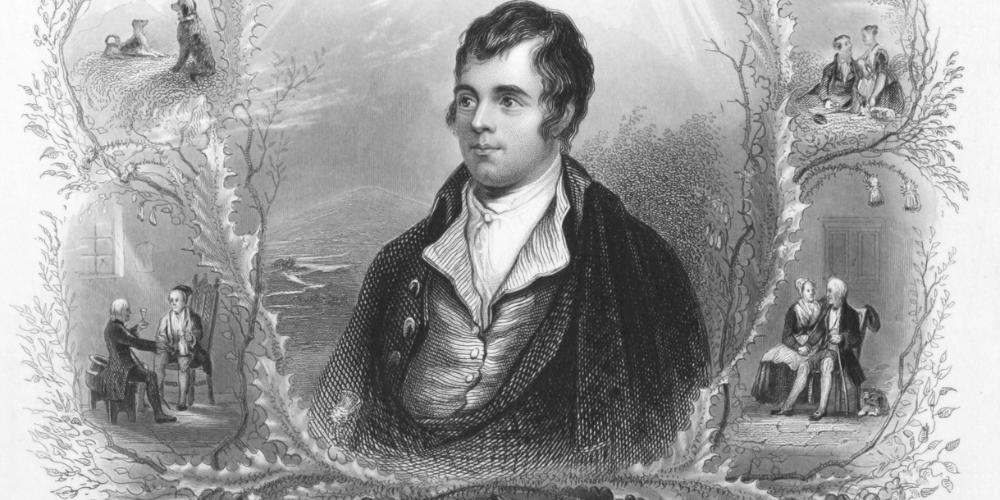 The 25th January marks the annual celebration of Burns Night - a time to celebrate Scotland's favourite son, and world renowned poet and song writer Robert Burns. This year we've pulled together some of the best, lesser known facts about the bard for you to enjoy and pass along to your friends.

1.    There are Burns Clubs scattered across the globe, but the very first one, known as The Mother's Club, was founded in Greenock in 1801.

2.    The Mother's Club held the very first Burns Supper on what they thought was his birthday, January 29 1802, only to discover that his birthday was actually January 25 1759. The next Burns Supper, and all that followed have been held on January 25.

3.    Despite leading a busy life, and accomplishing so much as a poet, Robert Burns died at the tender age of 37 of rheumatic fever.

4.    Known as somewhat of a ladies man, Burns fathered 12 children to 4 different women. His last born child, Maxwell, was born on the same day as his funeral 25 July 1796.

5.    As a lad growing up in Ayrshire, Burns was always fond of supernatural stories, most of which were told to him by an old widow who helped out on his father's farm. These stories no doubt had an influence on his writings in the future.

6.    Burns didn't always want to stay in Scotland - he hoped to move to the Caribbean island of Jamaica. Although following the success of his poetry collection 'Poems, Chiefly in the Scottish Dialect' (or the Kilmarnock volume), he opted to move closer to home, settling in Edinburgh.

7.    Robert Burns' poetry is said to have inspired some famous American writers, specifically John Steinbeck's 1937 novel 'Of Mice and Men' which was inspired by a line in the Burns' poem 'To a Mouse'.

8.    A global success with works that have stood the test of time, it comes as a surprise that Robert Burns died a very poor man. He was thought to have just £1 to his name when he passed away.

There are Burns Nights to enjoy all over the islands, to plan yours click here here