Rail and Sail to Bute

Rail and Sail to Bute 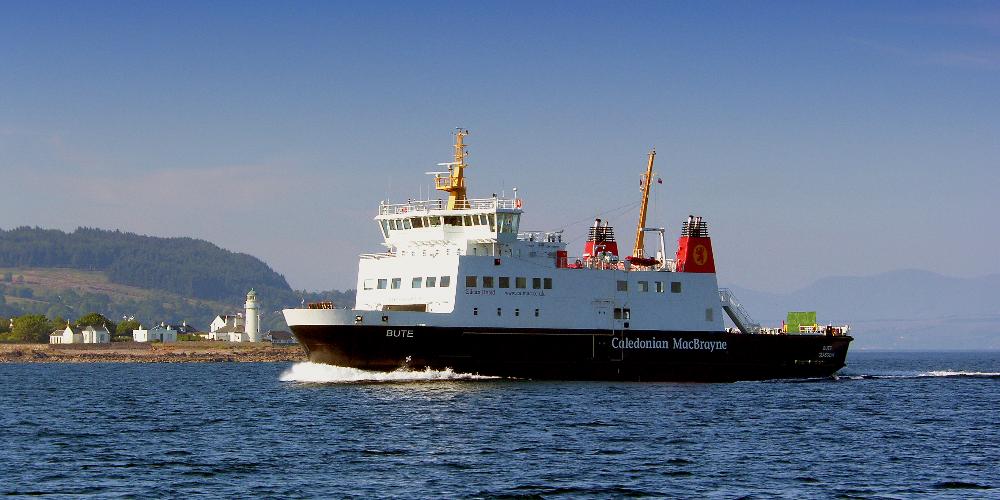 I'm on a journey. Not just any journey. This is a romantic one I've made more times than I can remember across the Firth of Clyde from the grand Victorian pier at Wemyss Bay to the holiday isle of Bute. I've come here to write a blog for you about the myriad reasons you should jump on a ScotRail train and then a CalMac ferry to Bute, but I'm here on another mission too. I'm venturing back after promising my 83-year-old mum that I'd find out what happened to Sisu, my late dad's yacht, which I spent those trips as a child coming to paint.

Arriving in the Victorian Holiday Resort of Rothesay 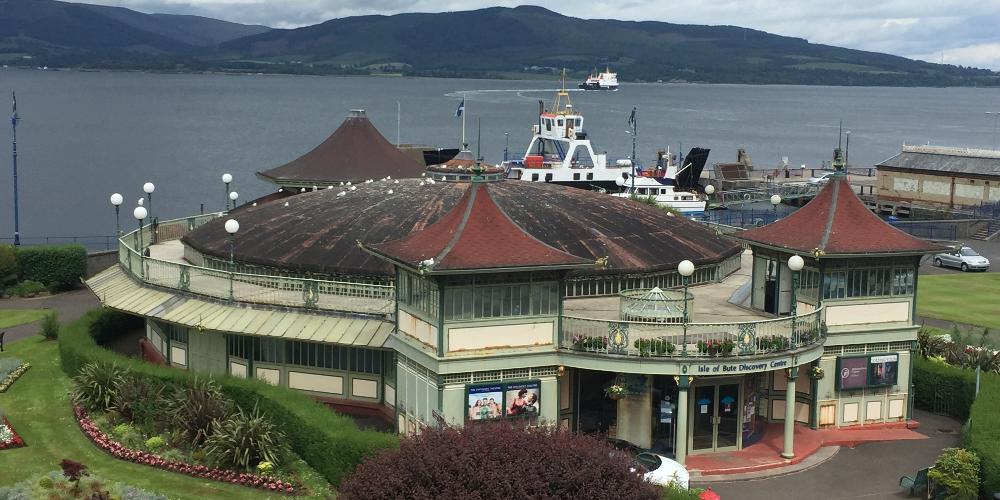 My train trip from Glasgow Central, that most grand of termini, is a smooth one and thanks to my ticket I don't even have to queue to buy a ferry ticket. I am enjoying being car-free too and aboard the romance of Bute is rekindled instantly, as I enjoy the delights of Rothesay's Electric Bakery onboard the ferry as the elegant Victorian resort of Rothesay looms into view, her grand embrace of mansions sweeping in welcome all around the broad bay. The waterfront still sports its promenade and manicured gardens, as well as the old Winter Gardens I remember from my childhood. Its lavish ironwork and fanciful design to me appeared then like something out of a fairytale. They still do. Today it houses a handy tourist information centre, where you can plan your Bute adventures.

Rothesay has plenty to detain you if you want to venture no further. There is what, for me, is one of Scotland's finest historic sites. Rothesay Castle - fashioned by the Stuarts as they tried to wrestle back land from the Lords of the Isles - is the kind of castle you dreamt of as a child, all rugged walls and towers, plus a proper moat filled with water sweeping around the historic delights within. Then there are all the trappings of a tourist town, with a flurry of cafes, bars and restaurants, as well as the old amusement arcade I've frequented now for four decades.

On to Epic Mount Stuart 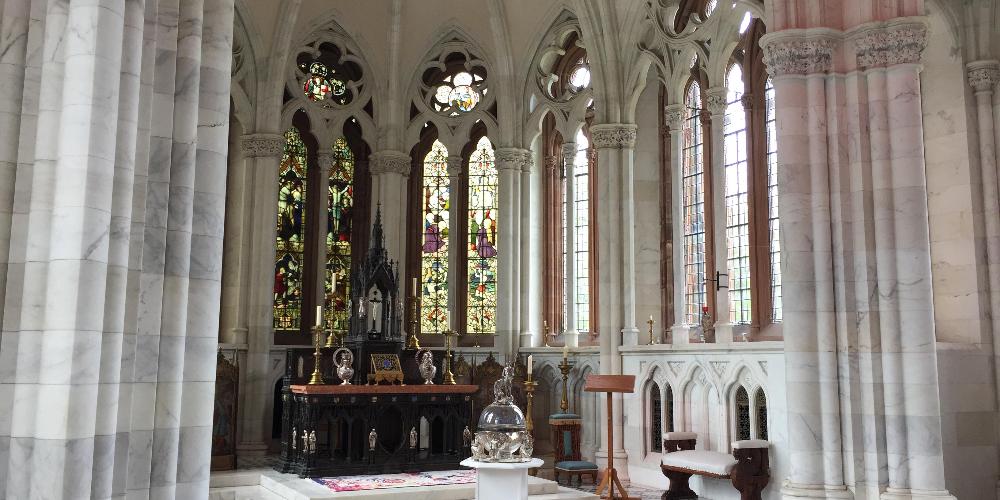 Rothesay may be enjoyable, but to the south is the even more impressive architecture of Mount Stuart, a star in a year that Visit Scotland have designated the Year of Innovation, Architecture and Design. The frankly insane brainchild of the 3rd Marquess of Bute - one of the world's richest men at the time - is an epically fanciful creation that was conjured up in the late 19th century.

The most remarkable thing for me is that Mount Stuart is no crumbling old castle, but very much a 'modern' building we can all relate to. On my tour (the guided tours are excellent) I learned about its pioneering en suite bathrooms, that it was the first house in Scotland to have electricity and that it boasted Europe's first heated indoor swimming pool. We are talking 1890 here, before the Model T Ford and the first flight of the Wright Brothers!

Exploring The Isle of Bute

From Mount Stuart, myriad other delights await. If you have secured a ticket on the City Sightseeing Bute bus you can push on to explore Kingarth to the south. Here the sands and seabirds of Kilchattan Bay await. Kingarth itself boasts the Kingarth Hotel, my favourite place to eat on Bute and that is saying something, as plenty of other restaurants tempt. On this trip I enjoyed local crab cake followed by a big cut of local beef fillet cooked perfectly rare. I washed it down with an ale from the Bute Brewery Co.

Whether you have that bus pass, have hired a bike (from the Bike Shed) or a car (sourced from Car Bute) you can then push on to Scalpsie Bay, another of Bute's excellent sandy beaches. I recline here on the sands taking in views of the rugged hills of Arran just across the dolphin and porpoise rich waters. I love that from Bute views to Arran, both Cumbraes, the Argyll Hills and mystical Kintyre loom into view. 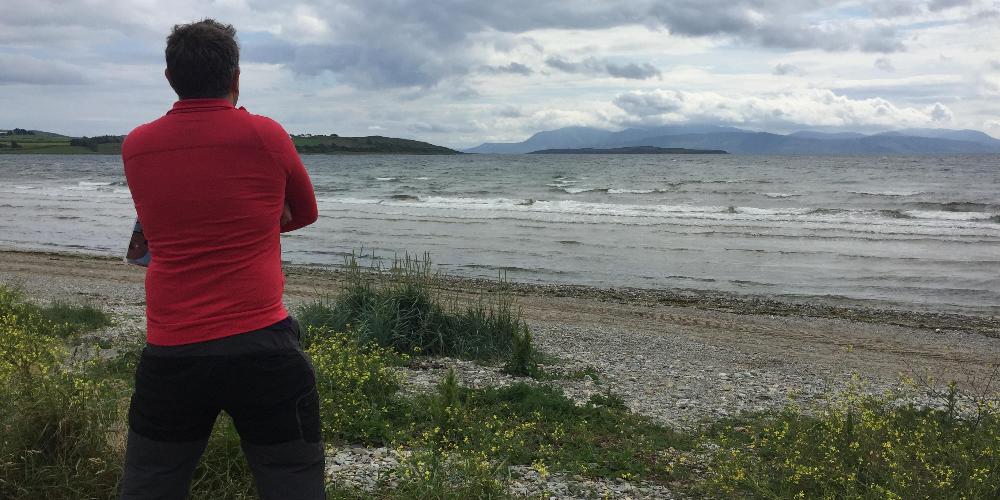 Pushing on up the wilder west coast I come to Etrrick Bay, once the end of the line for the tram network that ferried people from Rothesay to Port Bannatyne and then on to these sands. In Bute's heyday as a Clyde resort this beach bustled with thousands of Glaswegian holidaymakers. Today it is just me, a couple of squawking oystercatchers and two of the largest herring gulls I have ever seen. The latter are probably from the uninhabited islet of Inchmarnock, of which I have a grandstand view from Ettrick Bay Tearoom. Here I rekindle my childhood with a large strawberry milkshake and one of their delicious home bakes.

My penultimate stop is at Port Bannatyne, the sleepy little waterfront village that constantly comes up on surveys of the cheapest waterfront places in Britain to buy property. It's a lovely wee place to relax. I cannot, as I am still on that second mission I mentioned - to find Sisu. I eke around the bay to Ardmaleish boatyard. I think they will laugh at my quest to find a yacht my dad sold 30 years ago. Instead, the owner Ewan Ferguson takes me around the back of a busy yard that has worked on more than a few CalMac ferries. Time stops still. Then rewinds. And there she is. Sisu. She's only moved 200m in three decades and is now fittingly owned by a local man who had the same dream as my dad, to take her to sea again. I leave hoping that he will realise it and that one day I will come across Sisu's sails flapping in a Clyde breeze.

I sail out of Rothesay aboard the MV Bute still dreaming of another much older seafaring dame. I vow to come back. Not to see Sisu again, for that journey for me is over. But to enjoy all the glorious places I've mentioned here that you can savour on a Rail and Sail trip to Bute, but also to hike the legendary West Island Way, to delve through the ruins of mystical St Blane's Church and reach the wildly overgrown most northerly point of the island. I dream of one day sitting gazing out over the famous Kyles of Bute there watching the yachts ease by dreaming of the man who first led me doon the watter to Bute.

Find out more about Rail and Sail

I've written a few more blogs for CalMac that may help you plan your day trip adventures so feel free to check these out. Enjoy your day or even days out!

​Bio:  Robin McKelvie  has been travelling on Scottish ferries ever since he was a wee boy and writing about them and the places they serve since he became a travel writer in 1997. Robin has travelled to over 100 countries, but still rates Scotland 'as easily my favourite destination in the world'. These days, as well as penning travel articles for newspapers and magazines across five continents, Robin also writes guidebooks, does a lot of social media and also talks travel for the BBC. He also blogs about Scotland for multiple websites.