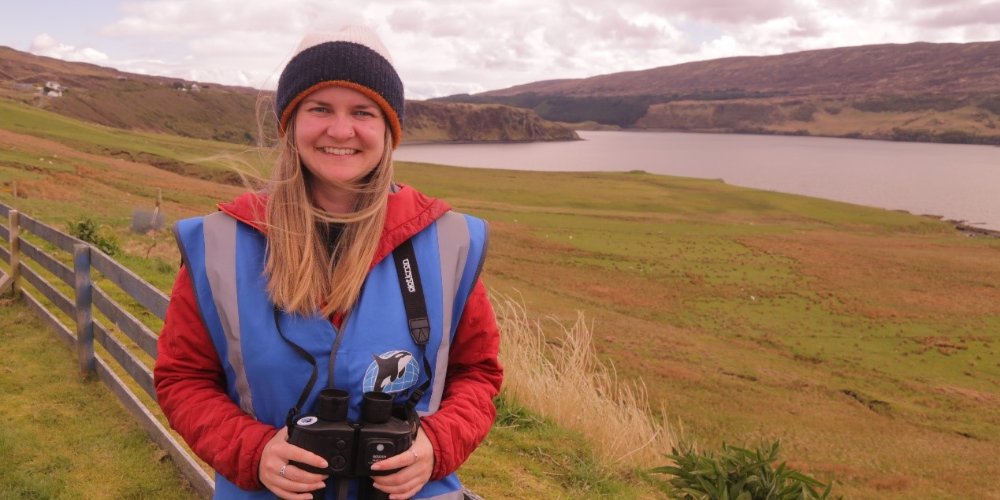 Hello! My name is Jess and this year I am joining ORCA and CalMac Ferries for another season in the role of Hebrides Ocean Conservationist.

Since 2018 an ORCA Ocean Conservationist has been working on board CalMac Ferries, conducting marine mammal surveys by collecting important sightings data that ORCA use to inform policy makers about the distribution of whales, dolphins, and porpoises (collectively known as cetaceans). The Ocean Conservationist is also on board to engage with passengers, helping them to spot wildlife and learn more about the amazing marine life in the Hebrides. I am delighted to be taking on this role with CalMac Ferries for another year and I am excited to share unique wildlife encounters with the passengers.

This year CalMac and ORCA have teamed up with West Coast Tours to offer wildlife watching ORCA Mini Cruises and ORCA Ocean Conservationist Experiences. You can find out more and book these trips  here

Where to find me:

I can be found on the open decks of CalMac Ferries wearing a high vis blue jacket, big binoculars, and a lot of layers. I shall be sailing on the following crossings surveying cetaceans and pointing out exciting wildlife to passengers:

After studying Wildlife and Media at the University of Cumbria I took a position with ORCA in 2015, sailing across the Bay of Biscay with Brittany Ferries. My first season with ORCA was an immersive learning experience that sparked an interest in marine life for me. I surveyed species in Biscay that weeks before I had no idea even existed including Cuvier's beaked whales, northern bottlenose whales, pilot whales, and Risso's dolphins. I went on to do a traineeship with The Conservation Volunteers (TCV) in Glasgow where I developed a national citizen science deadwood survey to monitor the heath and biodiversity of woodland habitats. I felt a pull back to the ocean and in 2017 I returned to ORCA to do another season in Biscay. I then went on to work for The Wildfowl and Wetlands Trust (WWT) as an Engagement Officer for Project Godwit, based at the fantastic Welney Wetland Centre in Norfolk. Here I worked with local schools and community groups to involve them in an exciting wetland bird restoration project, bringing breeding black tailed godwits in the UK back from the brink of extinction. I am now back working with ORCA for another survey season with CalMac. During the winter of 2021 I was given a unique opportunity to survey cetaceans with ORCA and Hurtigruten Expeditions in Antarctica and the Falkland Islands.

Some of my favourite encounters with cetaceans have been in Scotland. I saw my first whale just off the Isle of Skye (a minke whale) and huge bottlenose dolphins approached us on a bird watching trip in North Bewick. My favourite moment was when seven harbour porpoises calmly swam past us on a small boat on the coast of the Isle of Skye. They were so close you could hear them puffing out air from their blow holes as they reached the surface, which is how they get their nickname 'puffing pigs'.

I can't wait to share more experiences like this with passengers on CalMac Ferries, and although I will be specifically looking out for whales, dolphins, and porpoises, I will also be pointing out seabirds such as puffins, gannets, and sea eagles, sharks such as the magnificent basking shark, seals and maybe even an otter.

If you have any questions about the Ocean Conservationist Program you can contact me here: jess.owen@orcaweb.org.uk

You can find out more about ORCA by visiting our  website 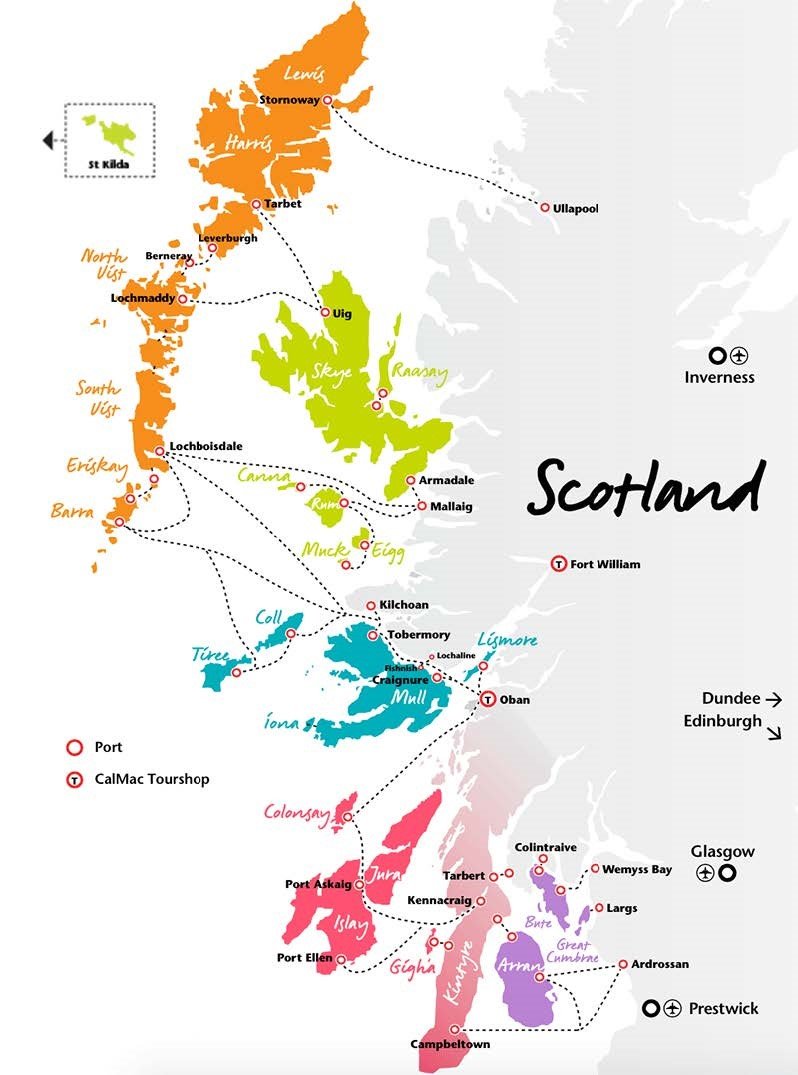 Whales, dolphins, and porpoises of the Hebrides

There are over twenty species of cetaceans that can and have been seen in the Hebrides and its varied habitats and ecosystems make it one of the best places in the UK to see marine mammals. 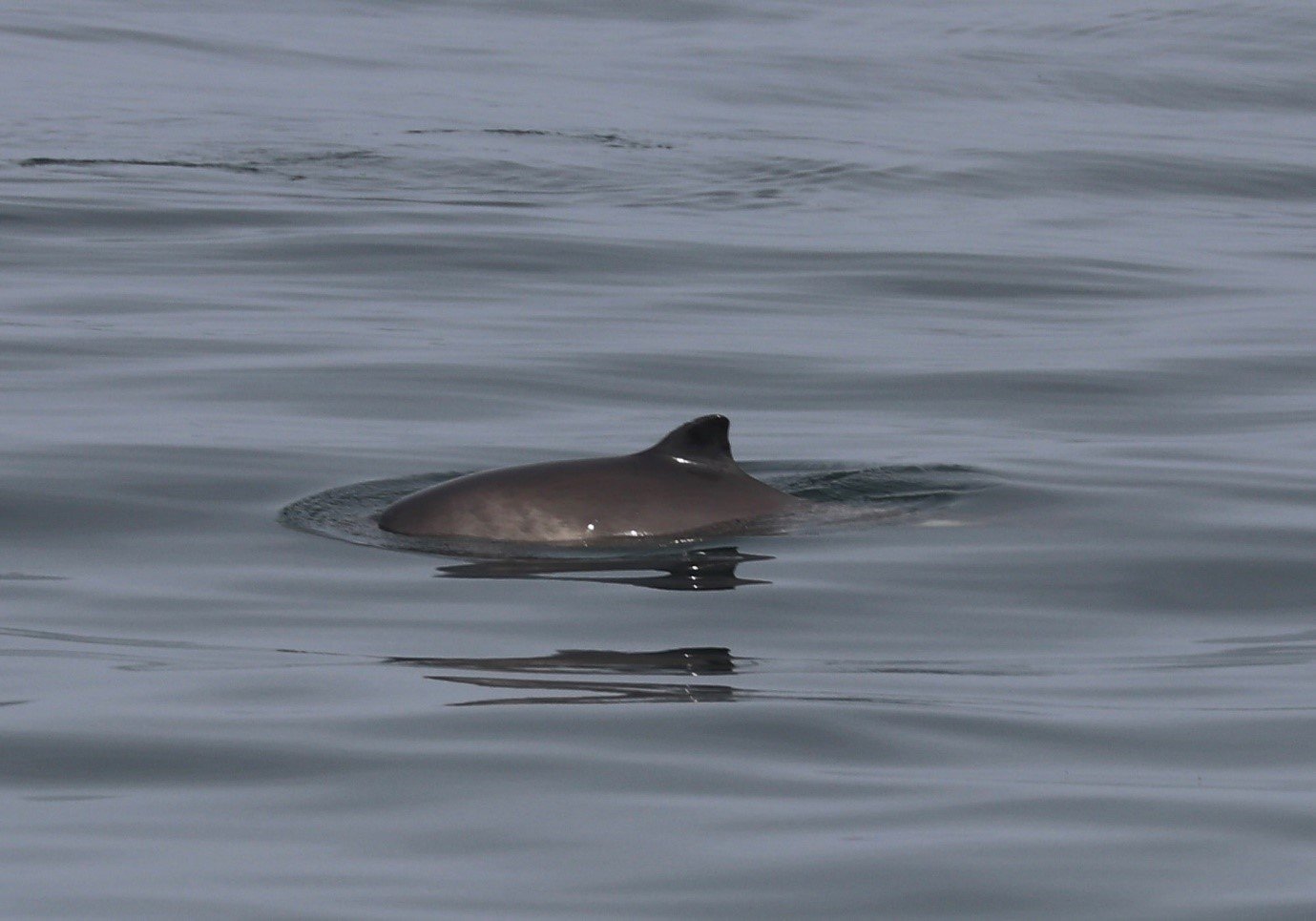 The harbour porpoise is the most commonly sighted cetacean in the Hebrides. Reaching 1.5 metres long it is the smallest European cetacean. They have a small equilateral triangle shaped dorsal fin in the middle of their bodies and are usually seen gently rolling through the water. They are generally quite shy and are vulnerable to disturbance from loud noises and being entangled in fishing nets. 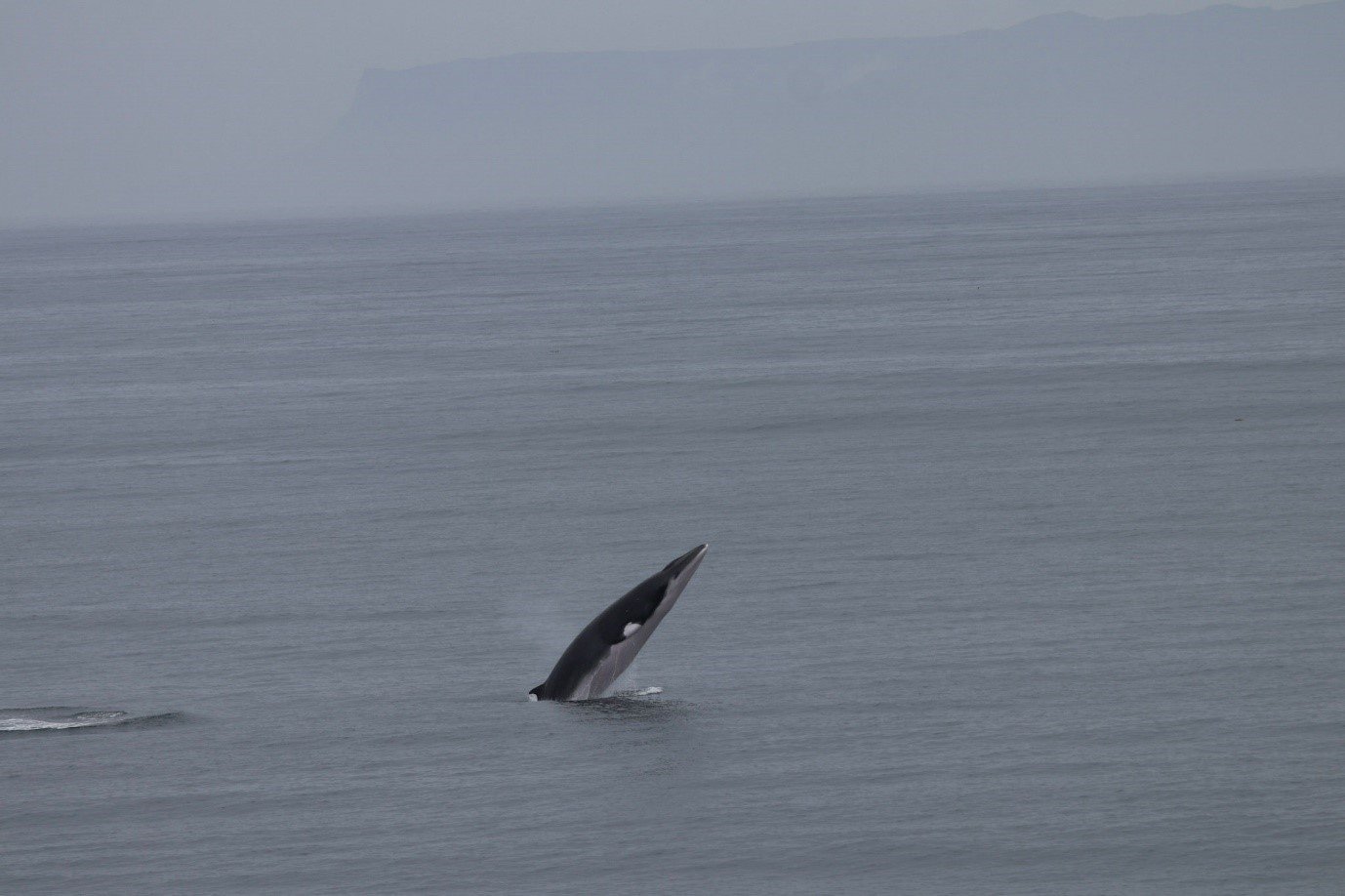 Minke whales are the most frequently seen whales in the Hebrides. They are the smallest of the baleen whales in Europe, reaching between seven and ten metres long. They have dark bodies with pale undersides and white bands around each of their pectoral fins. 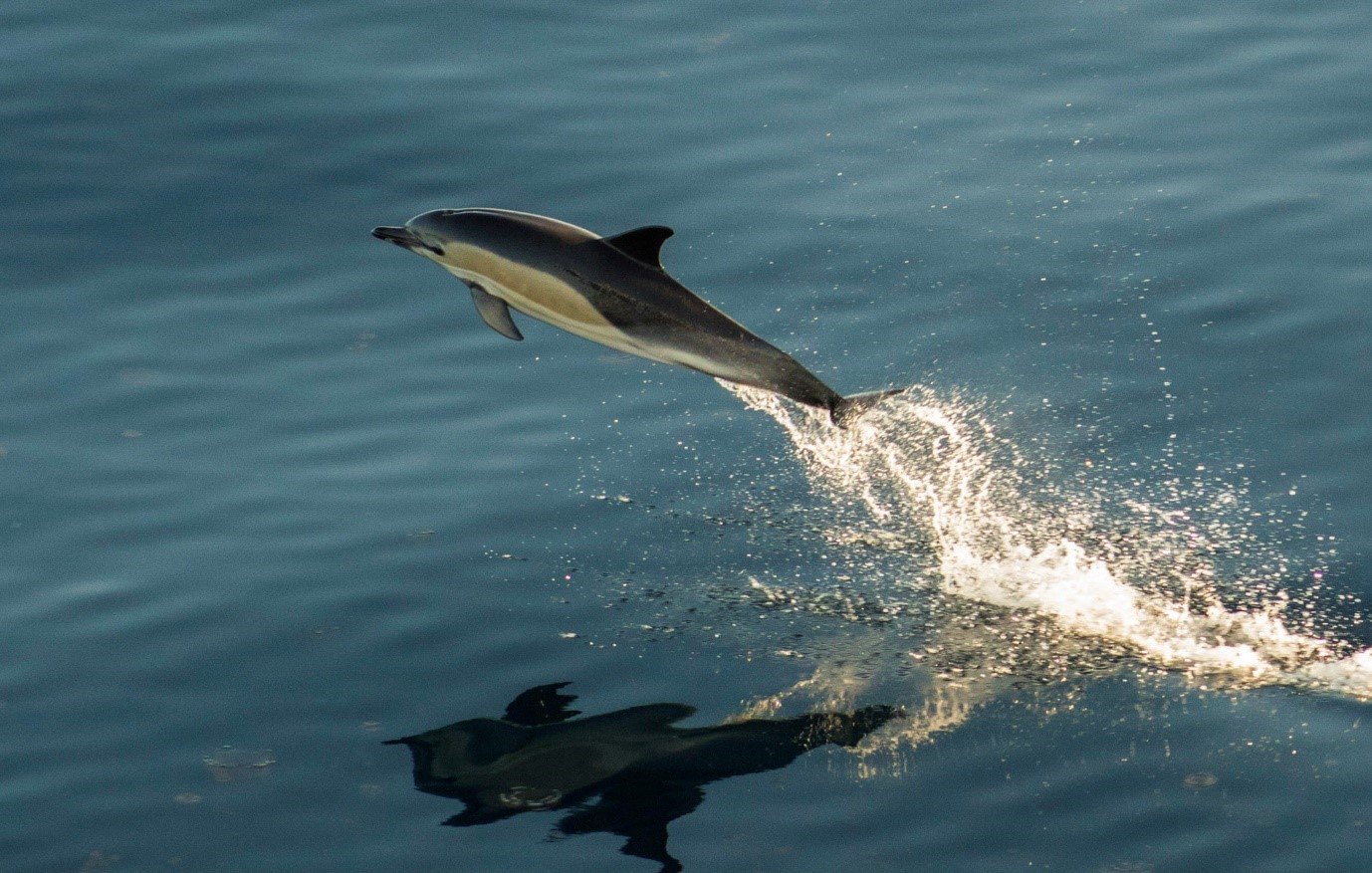 Once uncommon in the Hebrides, short beaked common dolphin numbers have risen in recent years and can be seen in large pods. They have a beautiful cream and grey hour glass pattern on their sides and can be seen approaching boats and leaping out of the water. They reach up to 2.4 metres and are fast and agile swimmers.

Some of my favourite encounters with cetaceans have been in Scotland. I saw my first whale just off the Isle of Skye (a minke whale) and huge bottlenose dolphins approached us on a bird watching trip in North Bewick. My favourite moment was when seven harbour porpoises calmly swam past us on a small boat on the coast of the Isle of Skye. They were so close you could hear them puffing out air from their blow holes as they reached the surface, which is how they get their nickname 'puffing pigs'.