Ferry operator CalMac is backing a north-west community in its bid to win £38,000 of funding for its Winter Lights Festival.

Ullapool has been shortlisted for funding by the National Lottery's People's Projects and is looking for votes to secure the money it needs.

CalMac's MV Loch Seaforth traditionally switches on the lights with a blast from its foghorn and the company is right behind the bid. Ship's captain John Gillies talked to Scottish Television about the vessel's close community ties with the village.

'The Loch Seaforth crew were honoured to be asked to carry out the light switch on for the last three years, and delighted to have been able to do it. We have always been treated as a part of this special and welcoming community and this was the icing on the cake for the vessel. All the crew give their wholehearted support in the community's application for this funding,' said Captain Gillies. 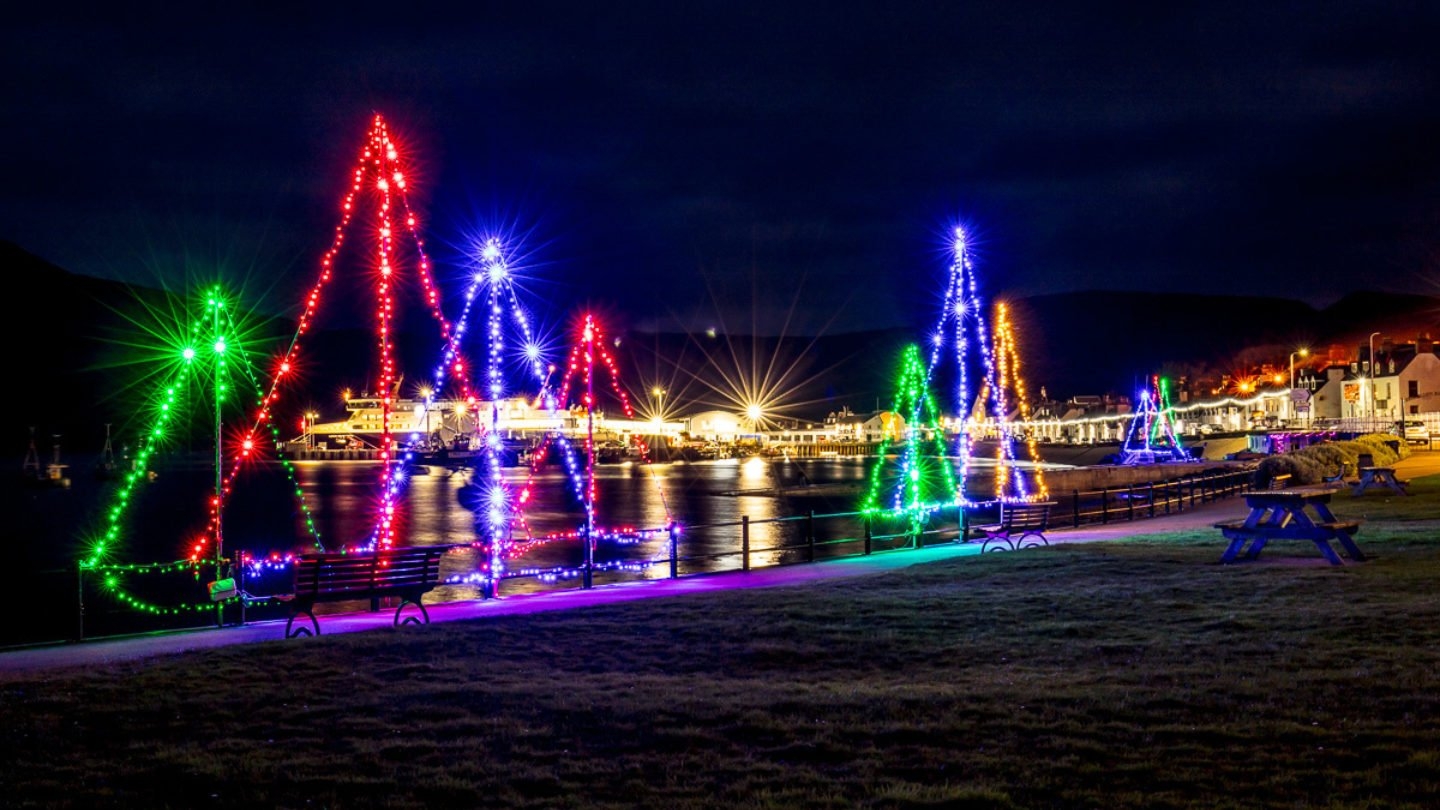 The money will be used to expand the light show throughout the village and deliver a Winter Market involving local producers and performers.

'Winning this could be transformational for the community and would make our festival far more resilient for the future. Since the first switch on three years ago it really has made a huge difference to the outlook of the village at this gloomy time of year,' said festival organiser, Angela Ford.

Voting is now open until noon April 15. Simply log on to thepeoplesprojects.org.uk