One of west coast ferry operator CalMac's most prolific passengers is retiring after sailing the equivalent of more than 10 times around world with the company.

John 'Hammy' Hamilton from Shiskine is estimated to have completed at least 8500 return journeys on the ferry from Brodick to Ardrossan and back during his 27 years as a truck driver with Arran Haulage.

That equates to a total of around 250,000 miles of CalMac crossings, almost exactly ten times the circumference of the earth around the equator. 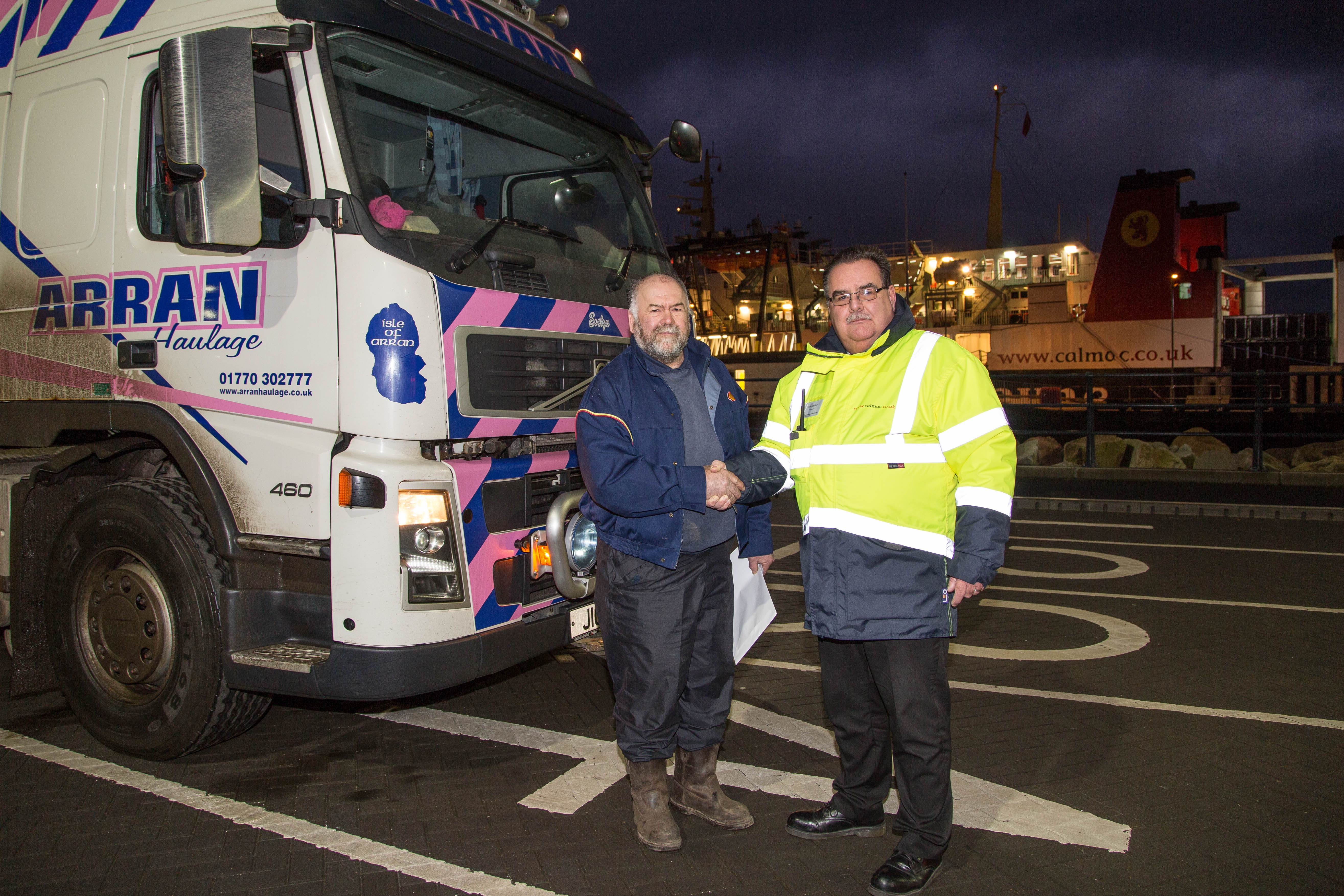 Hammy is a well known character with CalMac crew and port staff who sent him off on his final crossing with a travel voucher for £150 in recognition of his custom over the years.

'The sheer number of journeys Hammy has made shows just how much of a reliance our island communities have on the ferry getting goods to and from their destination,' said CalMac's port manager in Brodick, Colin McCort.

'He has been a daily fixture around the port for pretty much three decades and he has to be the company's most well travelled passenger, he'll be missed. I and everyone else who has dealt with him day and a day during this time wish him a long and happy retirement.'

Picture shows: John 'Hammy' Hamilton gets a final Bon Voyage as he departs on his final CalMac journey from port manager, Colin McCort.