Jane from Rothesay, on the island of Bute, is set to head off to France as part of the Scotland women's squad for the World Cup taking place between 7 June and 7 July.

As a young woman Jane was a regular passenger with CalMac as she headed to training with her teams Paisley Saints and then Glasgow City on the mainland.

Since then her career has soared with a successful spell at Manchester City and now West Ham United in London.

This week CalMac invited her back on board to wish her well for the tournament and present her with a lucky mascot to take to France. 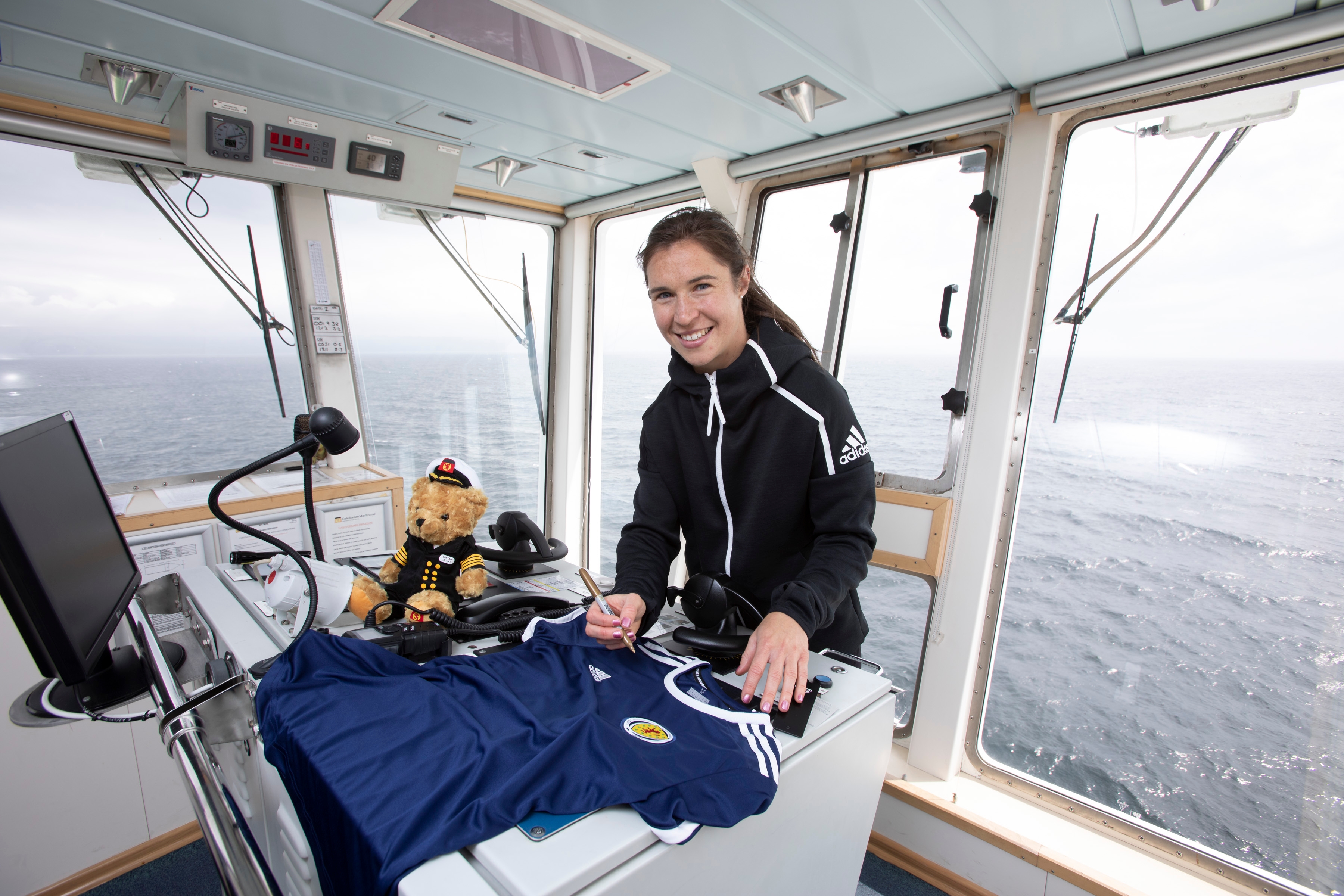 CalMac Managing Director Robbie Drummond said: "We heard that Jane had many happy memories of travelling from Bute to the mainland on our ferries to go to training as she was growing up.

"We couldn't miss the opportunity to send her on her way with our very best wishes and a Captain CalMac teddy bear as a mascot for good luck. Hopefully we won't be seeing her on our ferry again until after 7 July when she comes back with the World Cup."

Jane said:  "I have travelled on the ferries hundreds of times over the years. Living in Rothesay any time I was on a ferry I knew I was heading over to play football so I always associate the journey with good times.

"I am really looking forward to the World Cup and hope we can do the nation proud." 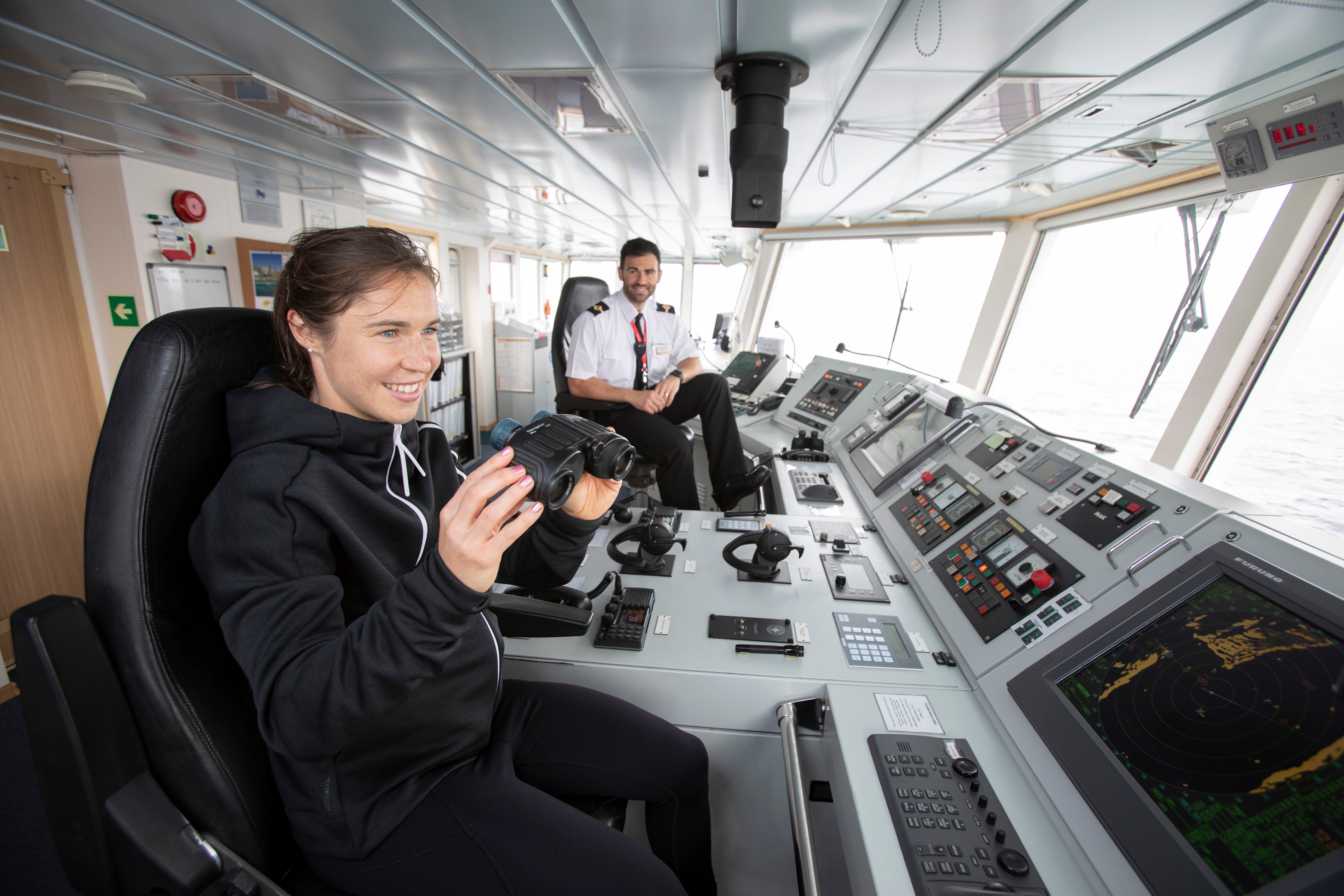 Jane is Scotland's top striker, having scored the goal that secured Scotland's place in the competition back in September. She netted the winner against Albania in that 2-1 away win, meaning Scotland qualified for the World Cup Finals for the first time, going through as Group B winners.

The forward has scored 58 goals in 126 appearances for the national team since making her debut against England in 2009.

Scotland, drawn in Group D, will open their campaign with a match against Phil Neville's England Lionesses on June 9 in Nice, before playing Japan in Rennes five days later.

Scotland's group matches will close with a match with Argentina in Paris on June 19.

The latest news from CalMac ferries is on @CalMacFerries