Business activities at Perth Harbour are helping to contribute £5.5m to the Scottish economy as well as a total of 74 jobs nationally, according to an in-depth economic study. 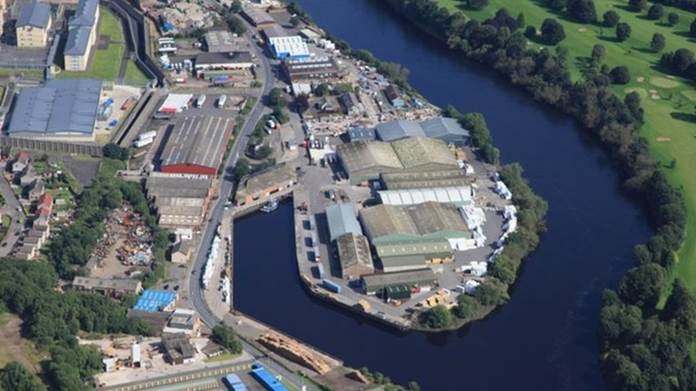 Since David MacBrayne Limited (DML) took over Harbour operations in 2018, there has been a 25% increase in shipments and cargo using the facility. This figure is expected to increase as market opportunities continue to grow.

The report also found increase in economic impact of 10% to Perth and Kinross since DML began operating the port - a figure predicted to continue to rise. The Harbour is also estimated to support 54 jobs throughout the region.

DML, which operates CalMac, the UK's largest ferry operator, was appointed by Perth and Kinross Council in July 2018 to manage Perth Harbour for an initial period of five years with a possible two-year extension.

The Harbour has expanded market opportunities for many businesses, giving them access to cost-effective, high-quality imports and allowing exports of baryte, a commodity which is an important part of the supply-chain in the offshore oil and gas sector.

Cargo currently being transported through the harbour includes timber for the construction industry, and fishmeal and soya protein for the aquaculture industry. The transportation of baryte for the oil and gas industry is expected to resume later this year.

The main operators using the harbour are:

The research also found that Perth Harbour makes a strong social contribution and is an important community resource for people living in the surrounding area. DML actively engages with children and young people through the River Tay Community Sports Hub and has helped to develop several charity-based organisations, such as the Willowgate Activity Centre.

The Perth Harbour Community Fund was recently launched to give projects helping the most vulnerable people locally the opportunity to be granted up to £2,000.

Cameron MacPhail, Head of Harbour Operations at DML, said: "The output of the recent Perth Harbour Economic Impact assessment is evidence of the successful collaboration between all parties involved at the Port.

"At DML, we will continue to drive forward the success of the harbour, by repurposing its use as a strategic inland port continuing the support to our customers' needs and the Scottish economy."

You can read the economic impact report here.