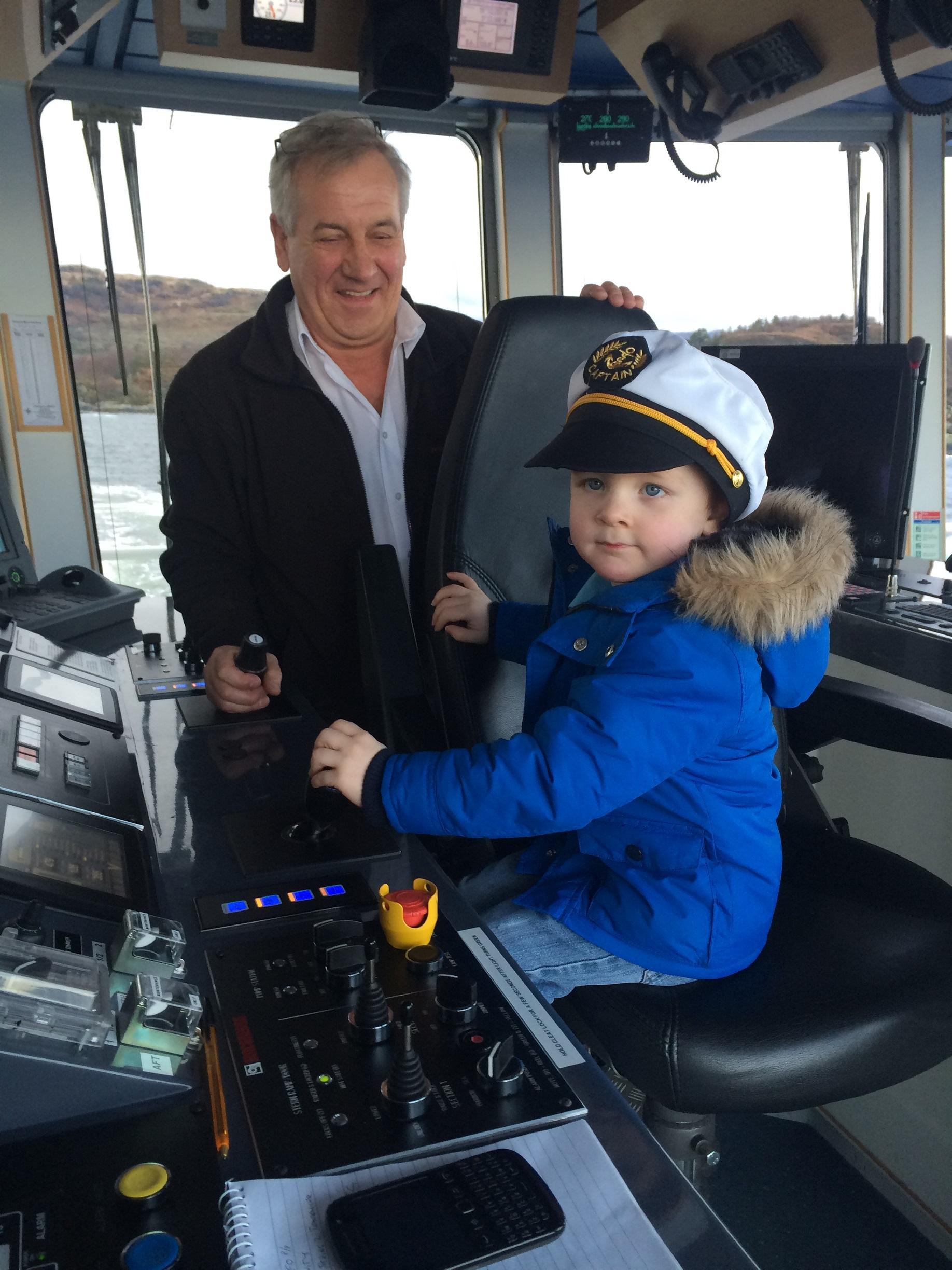 A Caledonian MacBrayne ferry and its crew has made a difficult ferry tale come true for a three-year-old fan from Ardrishaig in Argyll.

For young Blair Houston surprised and stumped Santa back in December with his Christmas pressie selection. Right there at the top of his list was the Portavadie ferry - not a picture, not a model, but the actual boat itself.

Even Santa couldn't pull off this particular treat, but he knew the people who could - so he put in a call to Caledonian MacBrayne, which was only too happy to help.

The weather had different thoughts, though, so three-year-old Blair's Santa treat had to wait until Storm Frank, as well as New Year had come and gone.

"It's not often we get a call from Santa," said Lawrence Allibone, skipper of MV Lochinvar - the ferry at the heart of this tricky wish, which serves the Portavadie to Tarbert Loch Fyne route. "In fact, I have to say we were pretty taken aback. We did explain that we couldn't just hand over the ferry as it would make lots of other people very sad, but we absolutely couldn't disappoint our young fan either.

"We decided that we'd love to have Blair on board with us on the bridge, helping us to sail his favourite ferry."

The Ardrishaig lad, along with mum Ann Marie, dad Craig and sister Lexie, was invited on board the boat at Tarbert for a special round trip to Portavadie, where the staff at the brand new spa complex also helped to make the day extra special by giving the family use of its lovely pool and some delicious pizza and ice-cream, before everyone got back on board - excited and tired by a great day.

"As an honorary captain of MV Lochinvar for the day, wee Blair absolutely found his sea legs - he even brought his own captain's cap with him," continued Lawrence. "He has sailed the route so often he was able to give us plenty of tips and keep us on course. He was absolutely fantastic and really helped me out.

"He'll make a fine captain one day; maybe Santa will have a spare ferry for him by then!"

The family was thrilled with the adventure and mum Ann Marie said: "This has been such a total surprise for Blair - he is absolutely mad about CalMac and all the ferries and he's chuffed to bits! We honestly didn't know what Santa was going to do when Blair announced he wanted the Portavadie ferry for Christmas - we thought maybe he might find a model.

"I'm from Tarbert and we often watch the ferries coming and going when we're visiting family - the Portavadie ferry is Blair's favourite and he's become quite an expert.

"This has been much better than anything we could have hoped for - I'm sure he will be talking about it for a very long time. We just have to thank CalMac, Lawrence and all the crew on MV Lochinvar for making this dream come true - and Portavadie for such a fantastic fun and tasty treat."