The CalMac crewman's picture of him changing a lightbulb on the main mast of the MV Isle of Arran was the one that most impressed judges at seafarers' union Nautilus.

Sponsored by satellite communications company Inmarsat, the Nautilus run competition was on the lookout for pictures of things not normally associated with life on board.

Marino, from Largs, currently serves aboard the MV Bute on the Wemyss Bay Rothesay crossing. Apart from changing light bulbs, his duties involve general maintenance on the vessel, maintaining the deck logbook and assisting the Chief Officer and Master as required.

'I saw the competition on the Nautilus twitter feed and remembered we were taking some shots when the vessel was in dry dock and thought they might like it. Passengers travelling on board don't always appreciate that something as simple as changing a life bulb can actually be quite a major undertaking,' said Marino. 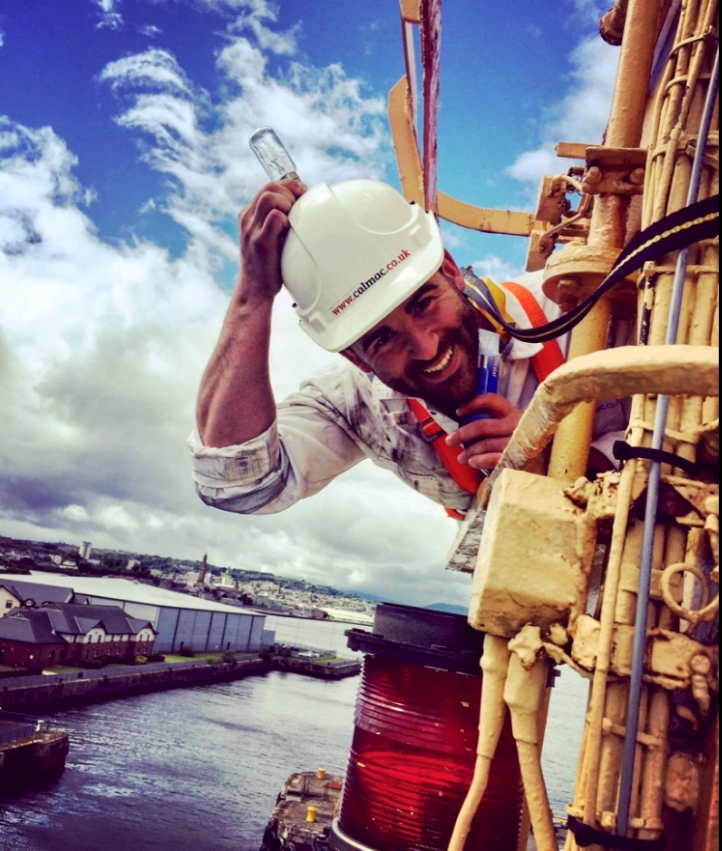 Nautilus International general secretary Mark Dickinson congratulated Mr Giorgetti for his success and noted how the winning image illustrates the Union's key message of how Seafarers often work far from home away from families in order to deliver 95% of the world's goods.

'Seafarers are the unsung heroes of the global economy, keeping the lights on and families fed around the world. Their service should be celebrated in all its forms, and Nautilus International is proud of its long history in raising public and political awareness of the shipping industry and the essential role played by merchant seafarers.'

Marino was presented with his prize at the Nautilus annual general meeting in Rotterdam and a canvass of his photo will hang in the union's London HQ.