Ferry and harbour operator CalMac has lent some helping hands to boost the restoration of the iconic British steamship, TS Queen Mary. Five Deck Modern Apprentices (MAs) switched their on-board training for a week-long session helping to bring the famous vessel back to its former glory.

'Having a full-time team with the experience of working on ships has really helped move the project on significantly. We are extremely grateful to CalMac for recognising the importance of their past relationship with the Queen Mary and their willingness to get involved. This labour would have cost us in the region £5k to hire in, were we having to do so privately, so it's a really great boost for the project.'

Launched in 1933, TS Queen Mary is currently being restored as a heritage destination and education centre, at Glasgow Science Centre.

Since rescuing the ship from being scrapped, in 2015, Friends of TS Queen Mary have invested almost £2 million, both in cash and in-kind, which the Charity has raised or leveraged entirely from private sources.

CalMac has had a long association with TS Queen Mary. At the outbreak of World War Two, the steamer switched from being a pleasure craft to become a lifeline for Scotland's island communities. After the war she was transferred to the flag of the Caledonian Steam Packet Company, who merged with MacBraynes in 1973 to become today's Caledonian MacBrayne, the UK's largest ferry company.

The company currently employs 23 MAs across Deck, Engineering, Retail and Port Operation roles, a 130% increase in youth employment opportunities with the company since 2016. 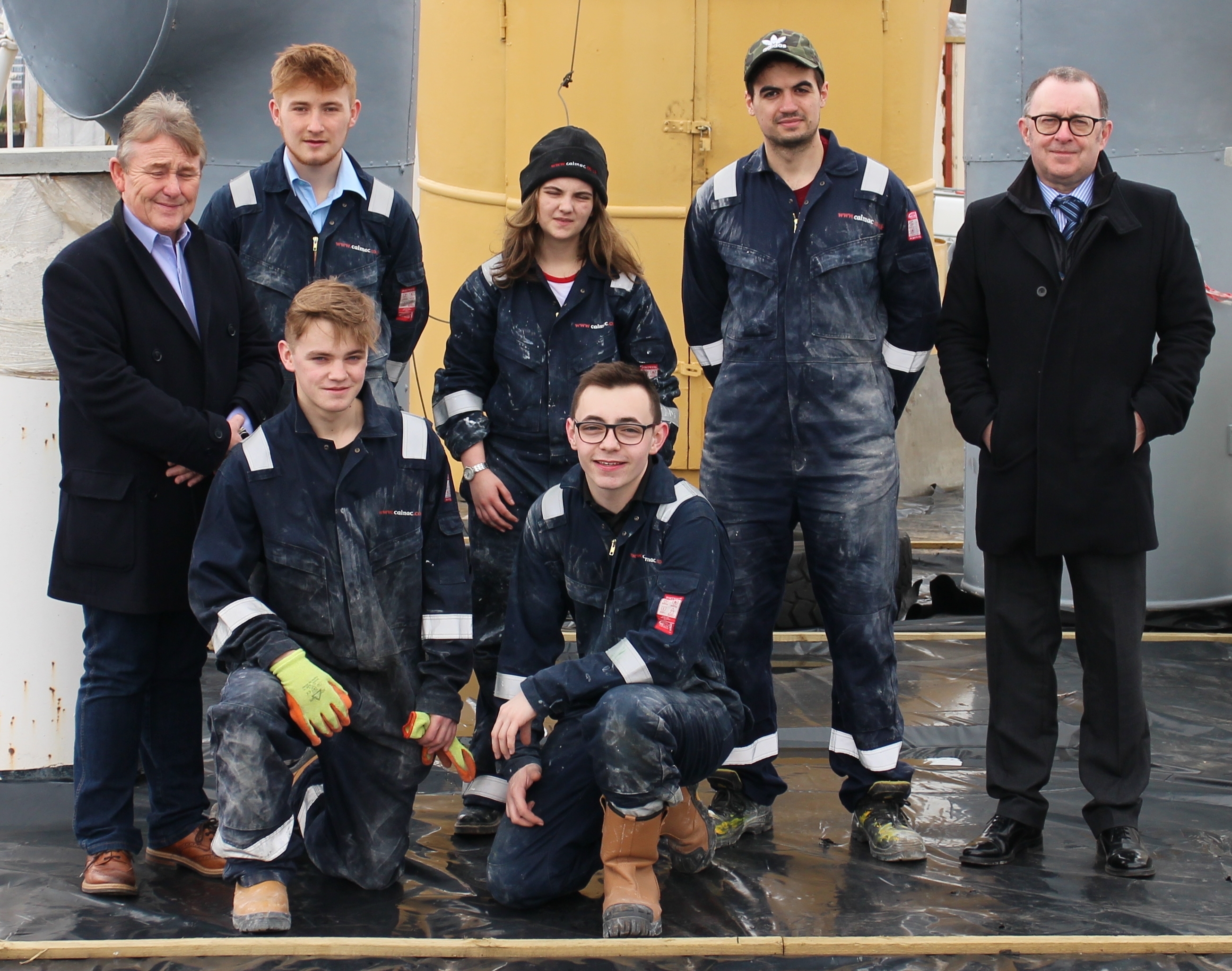 'This was good opportunity to broaden our MAs training horizons and give them a different experience aboard a historic vessel that was previously part of our fleet.'

Once known as Britain's finest pleasure steamer, in her heyday the vessel carried around 13,000 passengers per week.

Friends of Queen Mary are always on the lookout for new volunteers to help with a variety of tasks on board, if interested contact Crawford Paterson, Calum Bryce or Iain Sim by emailing trustees@tsqueenmary.org.uk