The independent report commissioned by CalMac was co-authored and compiled by MacArthur Green environmental consultants and academic specialists at University of the West of Scotland... 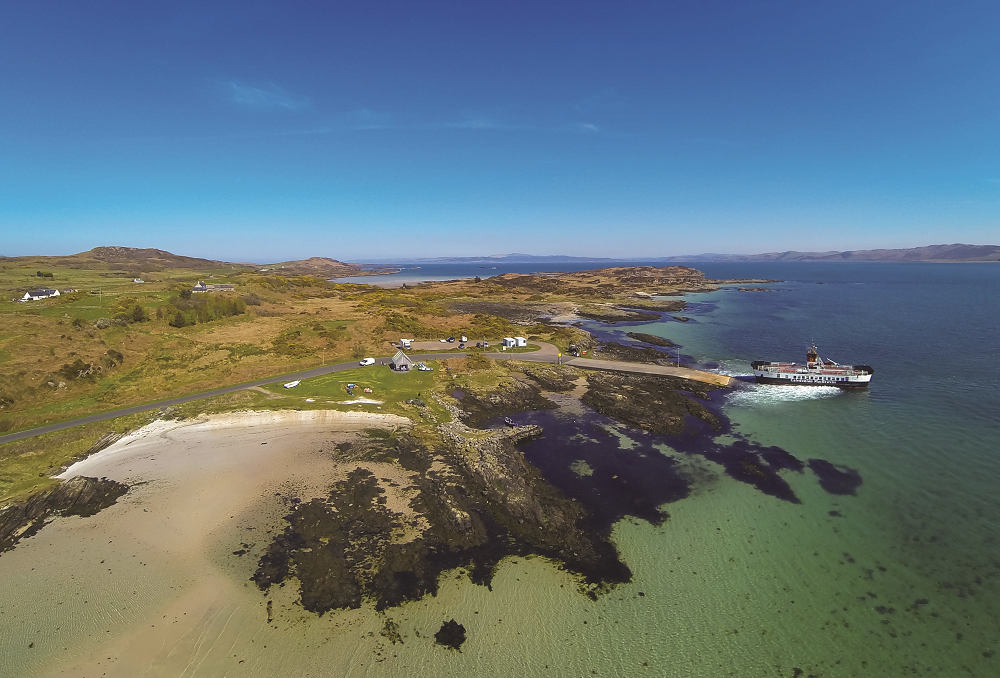 These are just some of the possible scenarios and future developments which could take place across Argyll and Clyde's coastline and sea areas in the next 25 years and beyond.

An independent report - entitled Future Scenario Analysis of Aquaculture, Tourism and Recreation, and Marine Traffic within the Clyde and Argyll Marine Regions - commissioned by CalMac, has brought a number of the maritime sectors together, allowing discussion and debate to be formulated.

As a major operator across Scotland's western seaboard, not only as a transport company, but as a business and tourism enabler, Caledonian MacBrayne was keen to open debate across multiple industries and users.

Experts at both MacArthur Green, the Glasgow-based environmental consultants, and University of the West of Scotland's School of Science and Sport and School of Business and Enterprise have produced sections looking at the current situation and suggesting scenarios which could emerge over the next 25 years.

The National Marine Plan launched in March 2015 and is a living document, which will develop and grow. It seeks to bring together all those with an interest in Scotland's maritime areas to create a comprehensive strategy for the long term industry and health of the seas which surround the country.

Caledonian MacBrayne's report sets out the opportunities and threats which could prevail within different marine sectors, as well as seeking to inspire a collaborative and positive approach, which has been welcomed by Scottish Natural Heritage. The Scottish Association for Marine Science, the University of Stirling's Institute of Aquaculture, SNH and Marine Harvest Scotland also made useful comment and additions and have been acknowledged and thanked for their input.

CalMac Managing Director Martin Dorchester said: "The National Marine Plan has the overall aim of optimising the long-term economic, social and environmental benefits from Scotland's seas to local communities, and Scotland as a whole.

"As the main operator of ferry services on the west coast of Scotland with an interest and passion for the area we serve, and with resources onshore and at sea which could potentially be deployed in new and different ways - aiding with monitoring of the environment, for example - we saw an opportunity to aid the evolution of the NMP by commissioning a study that we hope will contribute to the national plan and the relevant regional plans.

the report focuses on the two marine regions of Argyll and Clyde. Subject to winning the next Clyde and Hebrides Ferry Service contract, which is currently out to tender, it is CalMac's intention to commission studies for other parts of the west coast in the future.

The report concentrates on three specific marine industries: aquaculture, tourism and recreation and marine traffic. It looks at the framework of laws and policies that applies to these sectors and asks 'where are we now?' in terms of marine economic development. Current research and projections are examined, and the forecasts for each sector set out.

Mr Dorchester added: "What is most striking in this report is the interdependency of the different sectors on each other and the need to work together to find solutions which take into account each other's interests. The starting point for this is to know and understand the different challenges each group faces and I would hope that this report will start people thinking about what they can do for each other.

"From our perspective, the study reinforces our view that our geographical spread and role as the operator that moves people and goods about on the west coast for a wide variety of activities, means that while we cannot drive many of the required changes, we potentially have a key role in helping others deliver the change we all seek. Sharing these findings is the next step and I would hope that it will feed into the discussions that many are now having about the NMP and their own regional plans."

Subject to securing the next CHFS contract and with the support of relevant stakeholders, CalMac would like to organise and chair a conference which brings all parties together to discuss the study's findings and agree a way forward.

David MacArthur, Director of MacArthur Green said: "CalMac's interest in the marine environment is to be welcomed and I am sure that this report will be closely studied by everyone who is passionate about the future Scottish marine environment and economy. The many competing demands for use of the seas around the west coast are going to increase and, as an independent third party, CalMac is ideally placed to act as a facilitator going forward."