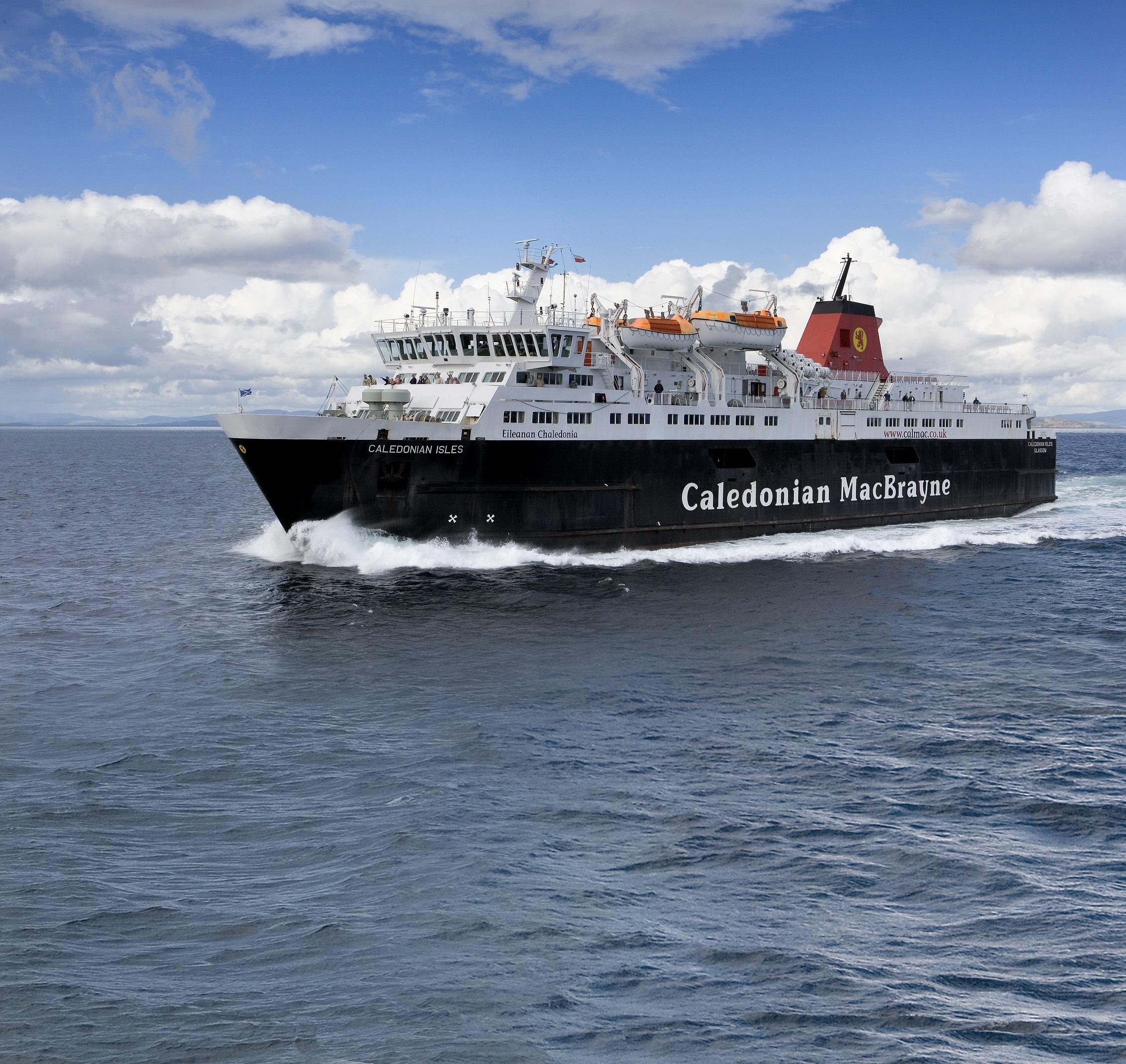 The company operates the UK's largest ferry network, with 32 vessels carrying out more than 136,000 individual sailings annually across an area which extends some 200 miles from Campbeltown on Kintyre and the Isle of Arran in the south, to Stornoway on the Isle of Lewis in the north.

Many routes saw very significant rises in both passenger and car numbers in the first full year after the roll-out of road equivalent tariff (RET) across all areas, with a total of 5,055,827 passengers and 1,356,396 cars network-wide.

Better value fares may be influencing the rise, though many routes which already had RET introduced in the preceding years as part of the phased introduction also showed an uplift in passenger and car numbers - possibly attributable to a knock-on effect of publicity surrounding the major pan-network roll-out.

RET is a Scottish Government policy to ensure that those living on an island are not unduly financially disadvantaged by ferry fares. It has had a phased introduction, beginning in 2008 with a number of Western Isles destinations and culminating with full network coverage in October 2015. The RET scheme involves setting ferry fares on the basis of the cost of travelling an equivalent distance by road.

"Last year was our busiest in terms of passengers for two decades," said CalMac's Managing Director Martin Dorchester. "This is a great reflection of the professionalism of our staff in dealing with an increase of more than 400,000 passengers and almost 190,000 cars, whilst still running a smooth operation to help all our travellers, whether islanders or visitors, business or pleasure to get where they are going."

Minister for Transport and the Islands Humza Yousaf said: "Passing the five million passenger mark is fantastic news and I congratulate all CalMac staff involved in delivering this achievement.

"These figures underline the success of the full roll out of Road Equivalent Tariff on the Clyde and Hebrides ferry network, a key commitment from the Scottish Government. Cheaper fares bring benefits to locals, visitors and local businesses, making ferry travel more attractive and accessible, as well as providing a boost to the tourist trade.

"The Scottish Government is committed to supporting our island communities and ensuring these lifeline ferry services remain affordable for the remote communities that depend on them."

The highest increase on a 2015-2016 like-for-like route was a substantial 74.09 per cent rise in cars on the Tobermory to Kilchoan crossing and 52.26 and 52.33 per cent on both the Oban to Lismore and the Mallaig to the Small Isles runs respectively. A larger vessel will operate the Tobermory-Kilchoan crossing this summer to help cater for the growth in numbers, thereby increasing capacity, which should bring benefits and convenience to both communities and travellers alike.

In terms of largest percentage increases in passengers, Tarbert on Loch Fyne to Portavadie recorded 35.53 per cent, with 29.61 per cent and 21.87 per cent on Tobermory to Kilchoan and Oban to Lismore respectively.

There is evidence on a number of routes to suggest that the substantial reduction in fares has led to islanders journeying more and taking a car with them when prices had previously been seen as an inhibitor.

Of the routes which had already had RET introduced in earlier roll outs, Ullapool to Stornoway showed substantial growth for passengers and cars with +13.85 per cent and +19.83 per cent respectively.

There are indications that, due to the fall in fares, some crossings are being used as 'bridge' crossings, either to link to further major ports or to create circular routes. This may be the case in the likes of Ardrossan to Brodick on the Isle of Arran, with travellers making a further crossing from Lochranza on Arran to Claonaig on Kintyre, and on to either Kennacraig for the Islay or Colonsay ferries or even Oban. A variation on this route in to Kenncraig may also account for increases on the  Portavadie crossing with people potentially journeying from Scotland's high population area of the Central Belt on Wemyss Bay to Isle of Bute, then Bute to Colintraive on Cowal and the short journey to Portavadie.

The first fully operational year of Portavadie Resort's spa in 2016 may also explain a rise in numbers, with local people from Tarbert and Kintyre journeying  to use the leisure facilities.

In the case of Tobermory to Kilchoan, it is possible that visitors are journeying to Oban, making the usual crossing to Craignure on the Isle of Mull, but using the Kilchoan route as an exit point - it is both a shorter crossing and a gateway for Ardnamurchan, which presents the possibility to either journey further north towards Mallaig or to take a hitch east across to Fort Willliam or the Corran Ferry and back to the A82 trunk road. Or, indeed, the same in reverse.

Many communities have enjoyed a boost in visitors during the summer months, including the Isle of Barra where the Co-op reported that it had increased its deliveries from four a week to five as a direct result of increased capacity and frequency on the route.

One route which showed very high increases is Mallaig to Lochboisdale - this, however, is not a like-for-like comparison, as 2016 was the first time that this service had run all year round - previously it had been a winter only trial. It, therefore, explains the vast passenger, cars and commercial vehicles figures of +2105, +1916 and +1250 per cent respectively.