A new super model has floated into Lochmaddy on North Uist, dressed in black and white with a hint of red - and she intends to stick around for a while. 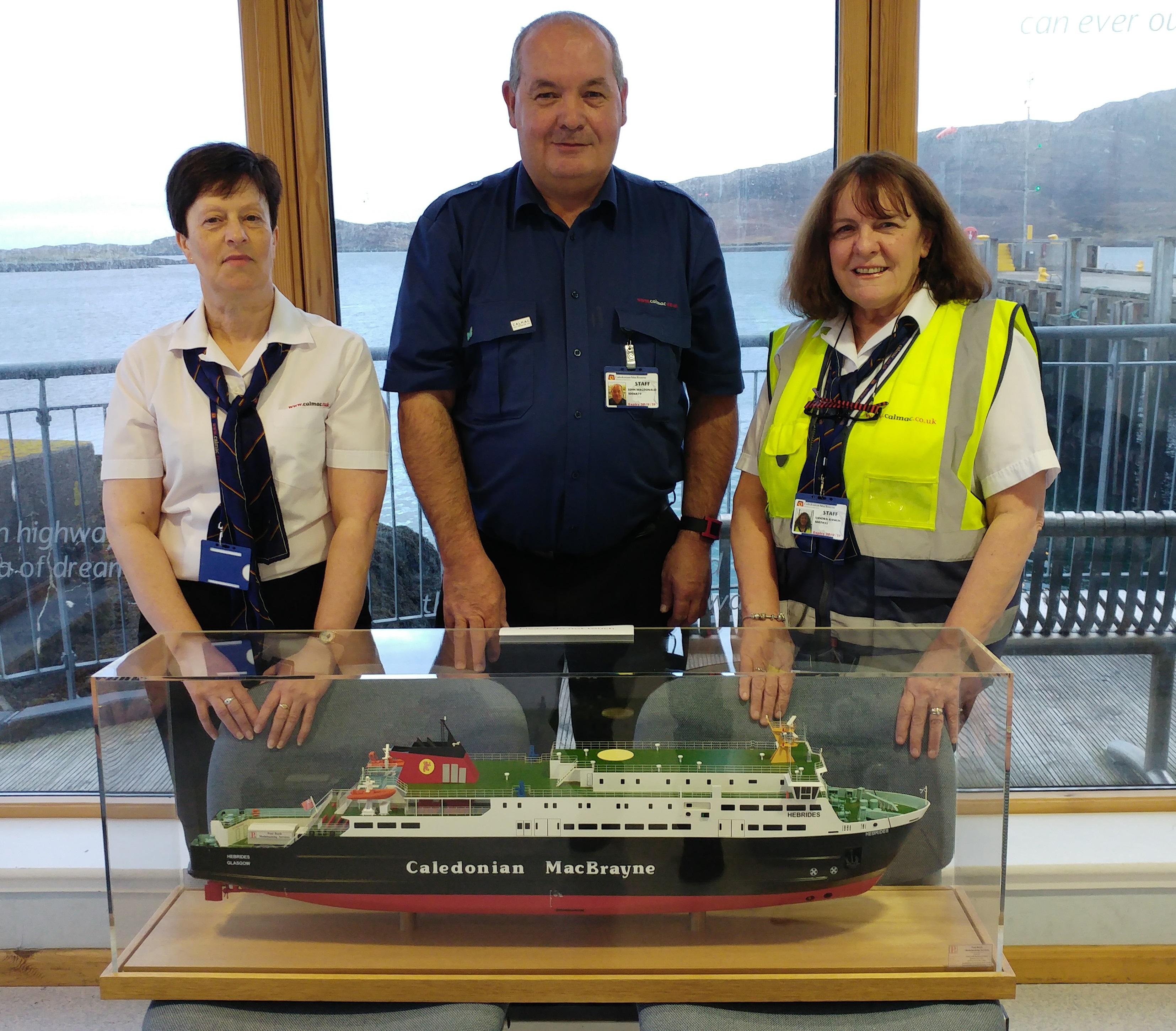 This particular model, however, is unlikely ever to cut a dash on the catwalks of London, Paris or Milan - she prefers the quieter west coast life.

She is also not likely to go out and about much within the community - local people, on the other hand, will be more than welcome to go and visit her in her new home.

For the model in question is a scale version of CalMac's much-loved MV Hebrides - the familiar vessel which serves the Uig, Lochmaddy and Tarbert triangle.

She previously made her home in Gourock at the company's HQ, but a change of scene called and she has made a new life in the port office at Lochmaddy.

Some of the first islanders to pop along and take some inspiration from her and her real-life, much bigger sister were pupils from Balivanich Primary School's art class. While some of the students decided to paint and draw the actual MV Hebrides as she made one of her regular calls at the North Uist port, others opted to make the new indoor model their muse.

The model is quite large at more than a metre long and nearly half a metre in height and has taken pride of place on loan among the many CalMac artefacts already on show as part of an exhibition, mounted by port assistant John MacDonald.

John is delighted with the new addition to the port and said: "It's absolutely great to see the model here in Lochmaddy right beside the pier where her much bigger sister calls in.

"We're really proud to have her here and I'm sure that loads of people from the island, as well as visitors coming through the port, will enjoy seeing her. It was fun to have the children from Balivanich here painting her - they were amazed by the model and really enjoyed the opportunity.

"The paintings they did were all fantastic and we really look forward to being able to put one of them up in the offices here."

John's exhibition at Lochmaddy port, which show cases his extensive collection of CalMac artefacts,  has been changing and growing for about two years and has become a very popular feature for both locals and tourists alike.

One of the pictures will be gifted to the port, and will then be framed and hung for all visitors to see 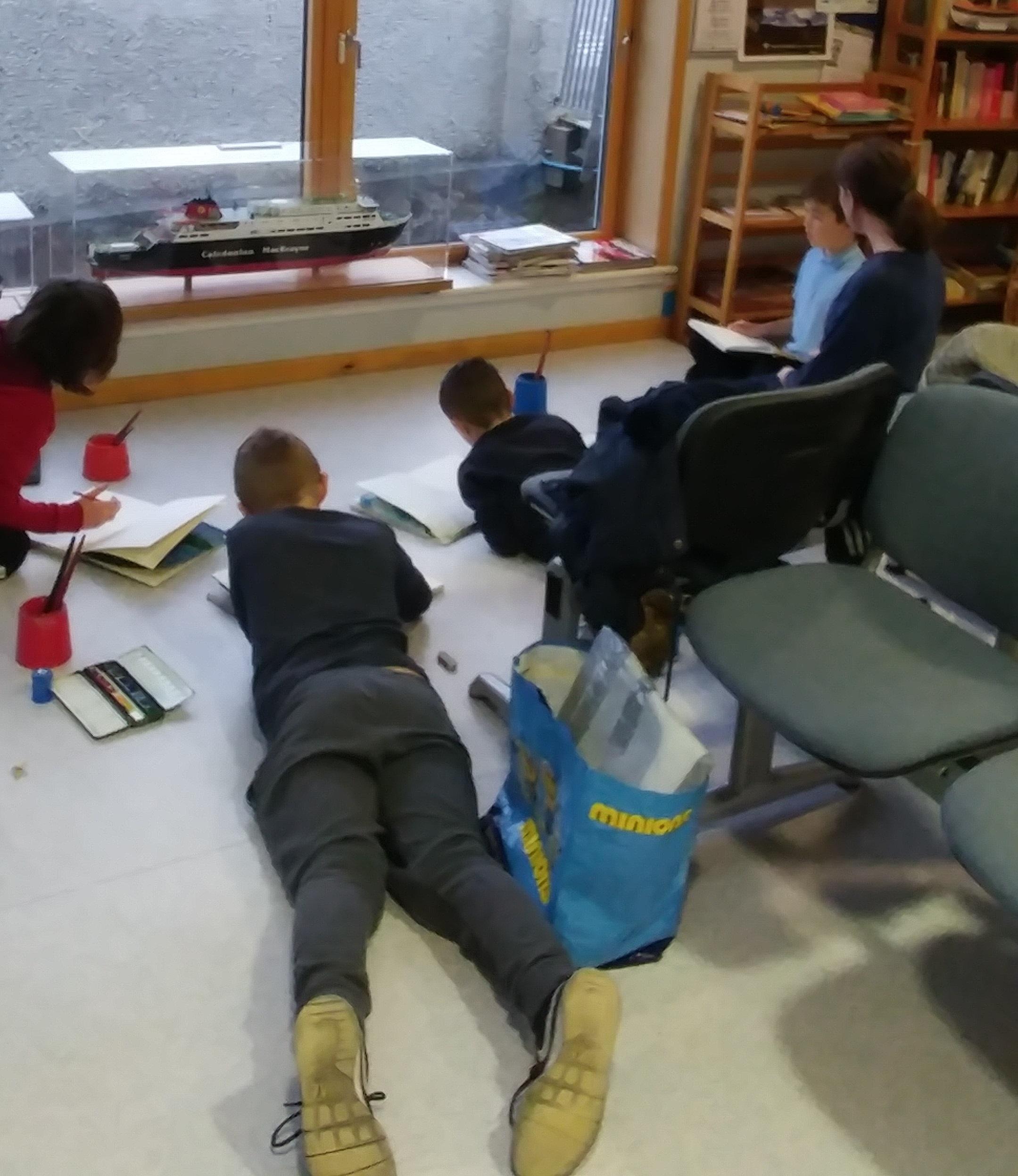 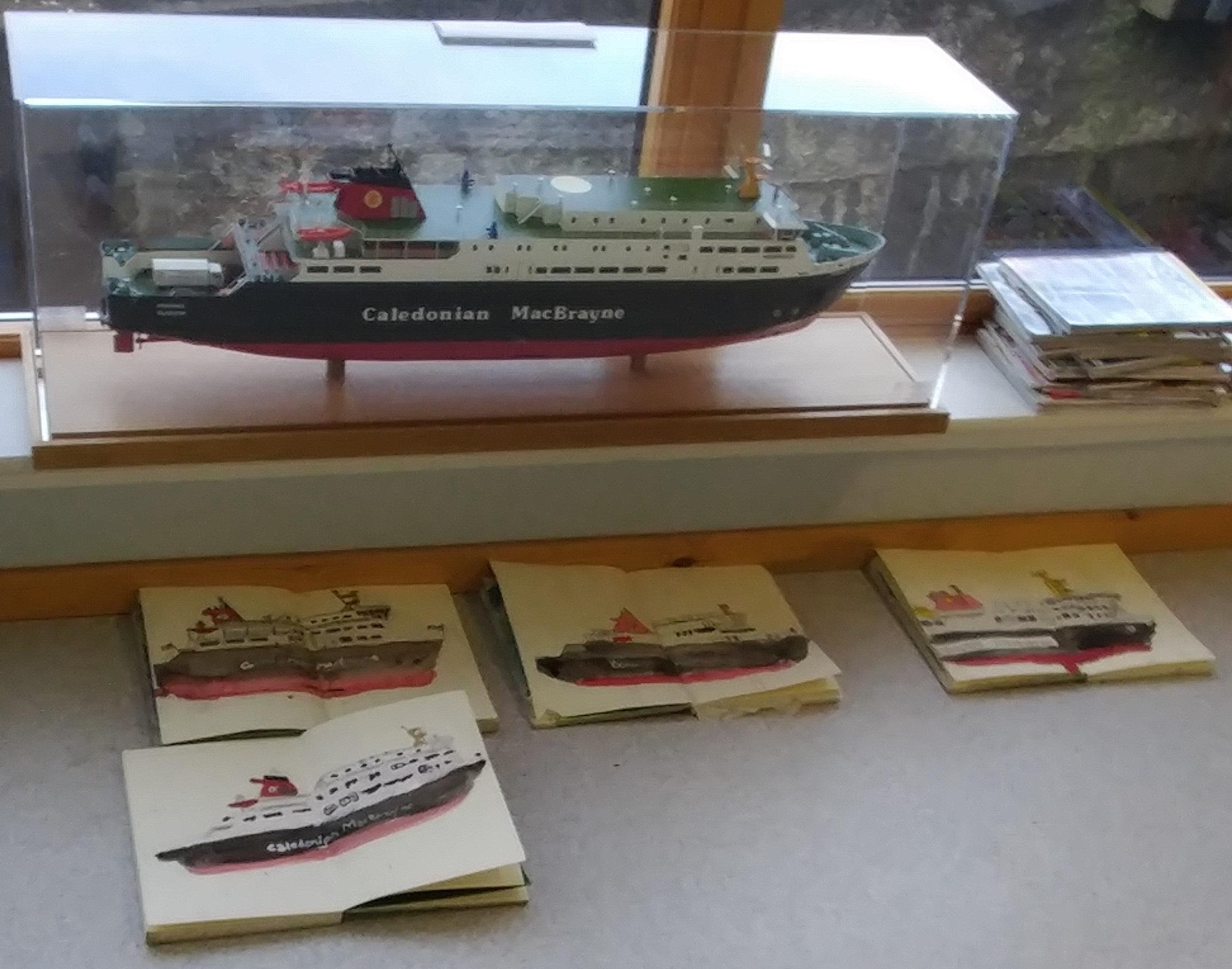