It's Alright! Islanders become the singing stars of new CalMac and Friends campaign

What have a shepherd on Mull, a fisherman on Iona, a band from across the isles and some surfers on Tiree got in common?

They, and many more of their fellow islanders, will all proudly take centre stage in Caledonian MacBrayne's 2015 promotional campaign CalMac and Friends, which kicks off with the first TV screening on Monday (May 11) at 8.45pm on STV during Coronation Street.

The campaign gives real islanders the opportunity to reach out a welcoming hand to their fellow Scots and visitors from further afield.

Unlike many promotional campaigns, there was no need to use actors - the islanders themselves were eager to step forward and threw themselves into it with passion and enthusiasm. Their message is loud, clear and sincere: 'We love these islands, and so will you!'

Using the music of Britpop group Supergrass, Scottish group Macanta - with members drawn from Harris, Mull, Orkney and Glasgow - add a Celtic twist to the huge hit Alright, which becomes a winding path through just some of what the islands have to offer, with the islanders themselves singing the words. Filmed on Mull, Iona and Tiree, and in Oban, it was an opportunity to involve communities and give them a voice to be heard.

It is the islanders who are saying 'come and see us, it's great to be here and we're looking forward to meeting you' - no actors, just islanders.

And they come from all walks of life - the former Greenock undertaker who has returned to his native Tiree, the Mull shepherd who is already famous for his singing prowess, the Iona fisherman who proudly only sells his catch to hotels on his home island, the former Indie band member who left Glasgow for a quieter life, the Gaelic choir with its Royal National Mod medal winners... and the last hand peat-cutter on Mull.

"We have literally put this year's campaign in the hands of the communities we serve," said CalMac's Head of Marketing, Peter Griffiths. "There was no need to cajole anyone, they were really excited about it and we got a great response. The finished article is both fun and powerful. And, more importantly, completely genuine.

"It's not a slick corporate presentation, it's all about the people who depend on CalMac's lifeline services to sustain their lives basically saying this is who we are, come and see us.

"We are really proud to have worked with such a great, hospitable and fantastically spirited 'cast' during our time on the islands, and we hope that Scots across the country will hop on board with enthusiasm."

The 30-second advert, along with a full 3+ minutes short film of the whole Alright song, with more special views and island characters, can be viewed from Monday May 11 at www.calmac.co.uk/friends

Last year, Caledonian MacBrayne carried 4.65million people, 1.1million cars, 11,000 coaches and 93,000 commercial vehicles to the 24 islands served by its ferries on 130,000 separate sailings the length and breadth of the 200-mile network.

The campaign will also feature strong social media presence across CalMac's channels and more 'surprise' online videos will be launched throughout the summer months, investigating different aspects of the islands from across the whole network - from heritage and history, through food and drink, to wildlife and the great outdoors. 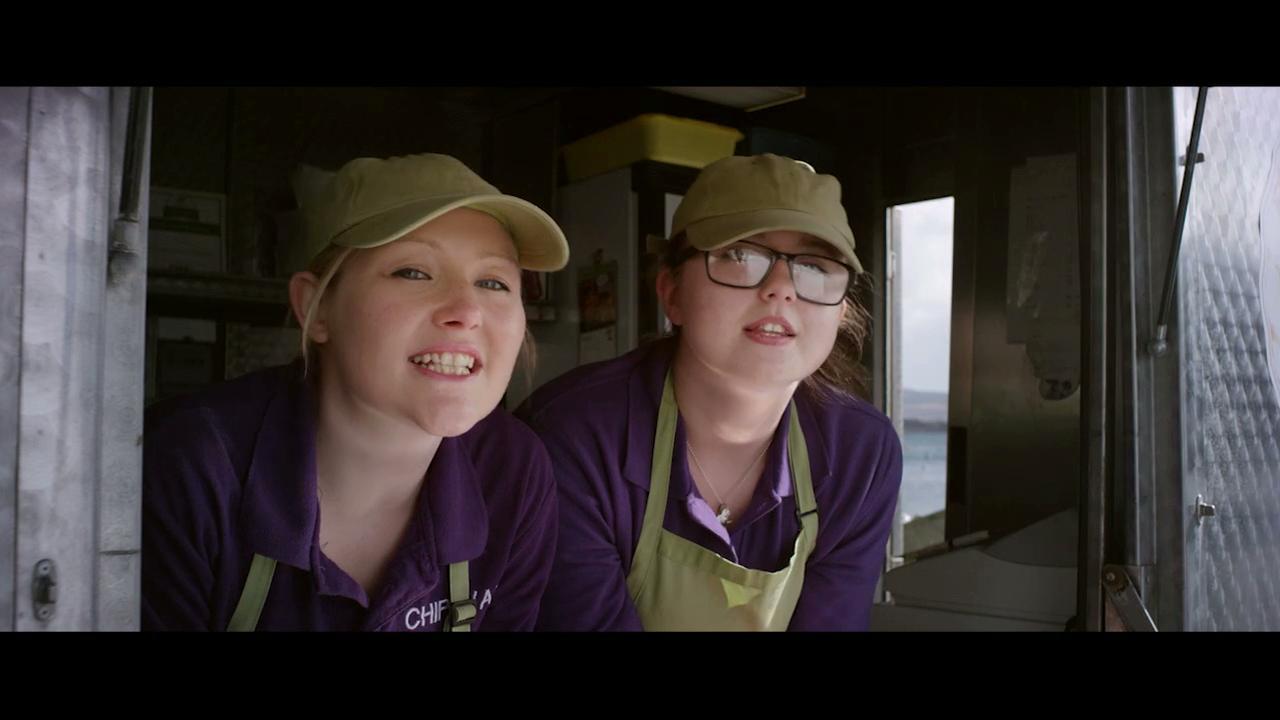 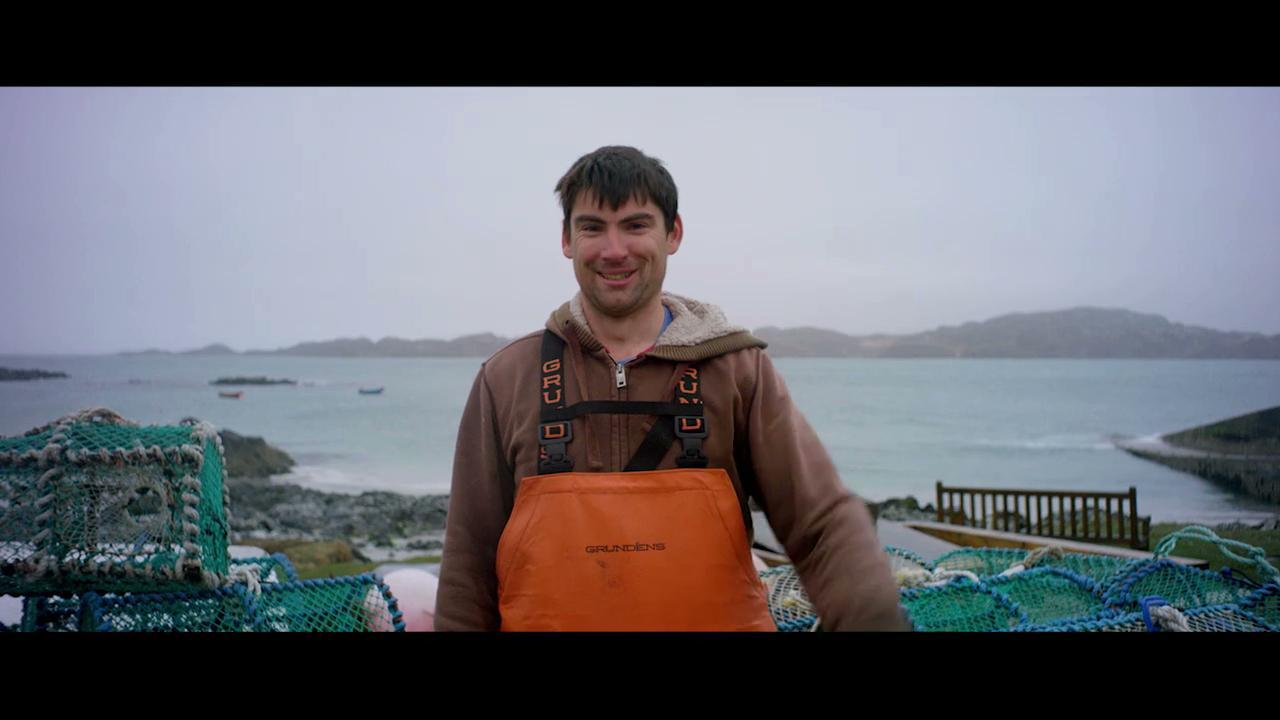 Neil Jardine, a fisherman from Iona 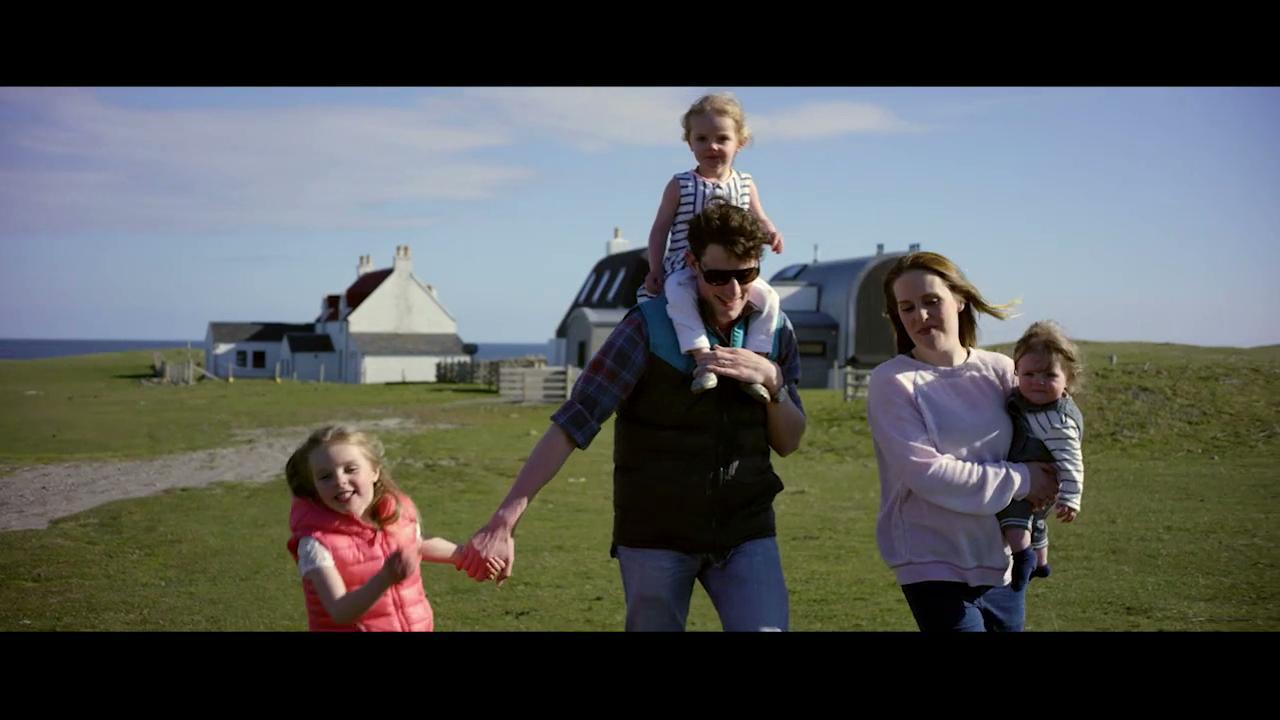 Hannah and Andy Wright with their family on Tiree