And the winner is... CalMac shortlisted for two prestigious National Transport Awards

Operator of the UK's largest ferry network, Caledonian MacBrayne, has been shortlisted in two categories for prestigious UK-wide awards. 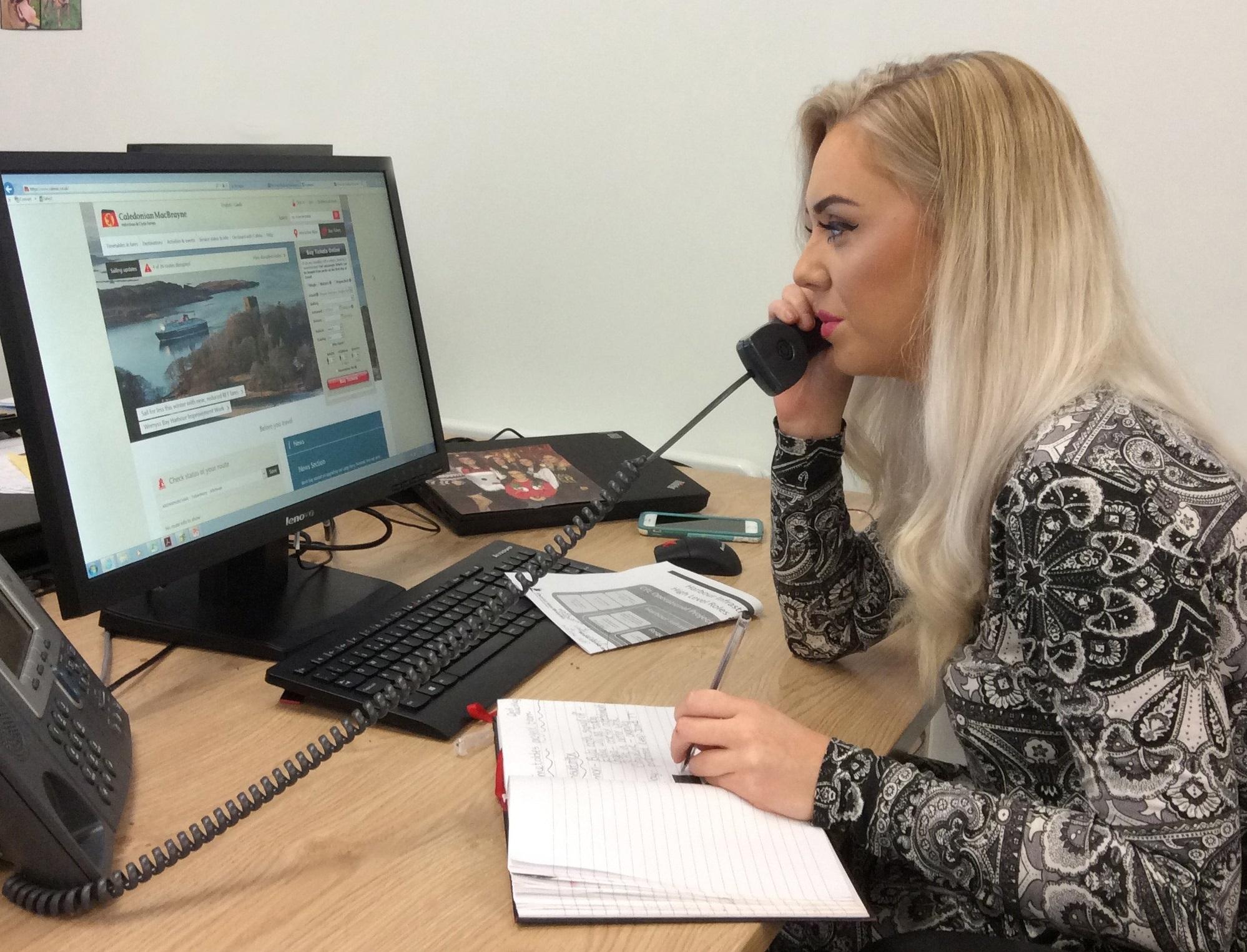 Representatives from the company, which undertakes some 135,000 individual sailings a year, carrying 4.63 million people to remote locations across Scotland's western islands and mainland areas, will attend the National Transport Awards in London tomorrow (October 13).

One of the award nominations is for Frontline Employee of the Year, while the other is for Ferry Operator of the Year.

Nominated for the role she played in working closely with seven brides and grooms in the face of industrial action last year, the contact centre's Demi Wylie was key in making sure that carefully crafted wedding arrangements were not derailed.

In many of the cases, Demi, who now works in future planning, was working with some very distressed customers and she took it upon herself and her small team to successfully ensure that all possible arrangements were put in place and as much worry and stress as possible was lifted from their shoulders.

The result - the seven happy couples and a total of 600 guests all got to the islands on time for their respective big events.

Her determination to ensure a positive outcome for all concerned led to her winning Frontline Employee of the Year at the Scottish Transport Awards earlier this year.

The company's nod for Ferry Operator of the Year recognises a very busy year of changes, innovation and progressive development in 2015.

The customer services department, which dealt with more than 300,000 calls and replied to 20,000 emails in the 12 month period and also tweeted 36,500 service updates since September 2014, gained the Contact Centre Award.

Also last year, CalMac became the first ferry company in the UK and first transport operator in Scotland to gain Living Wage Foundation's Accreditation (not to be confused with the government's national minimum wage), committing to dignified fair pay for its employees, and is also a signatory to the Scottish Government's Business Pledge.

And CalMac became the first ferry operator in the UK to install environmentally friendly fuel monitoring systems across all its major vessels - the company's own target of a two per cent reduction in greenhouse gases adds up to a cut of 1,800; equivalent to annual greenhouse gas emissions of 4,285,714 miles driven by an average passenger car, or 645 tonnes of waste sent to landfill.

It was this busy and productive year with many highs and one or two difficult lows, which has led to CalMac's shortlisting for Ferry Operator of the Year.

"These award nominations reflect the exceptional people we have at CalMac," said Managing Director Martin Dorchester. "Time and again, we find examples of teams and individuals quietly working hard for our customers. Commitment to the likes of the Living Wage Foundation and the Scottish Business Pledge,  and our steps to reduce our environmental impact are also part of our contribution as a responsible business with our communities at heart.

"Our staff all feel personally engaged and it shows through in all areas of the business; it is their endeavours which are honoured by nominations like these." 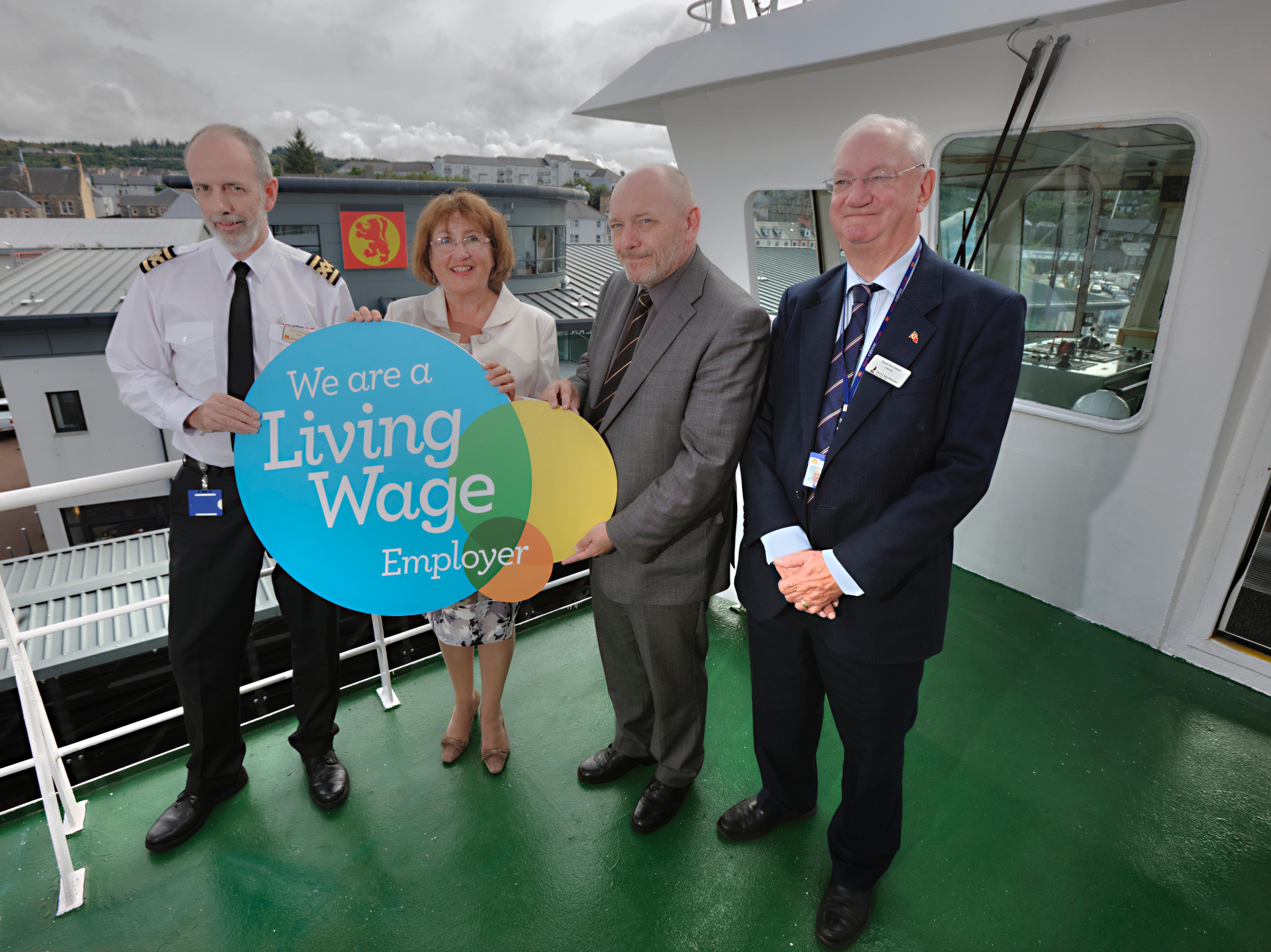