Kind-hearted CalMac staff have helped to reunite a little girl with her favourite toy pony. 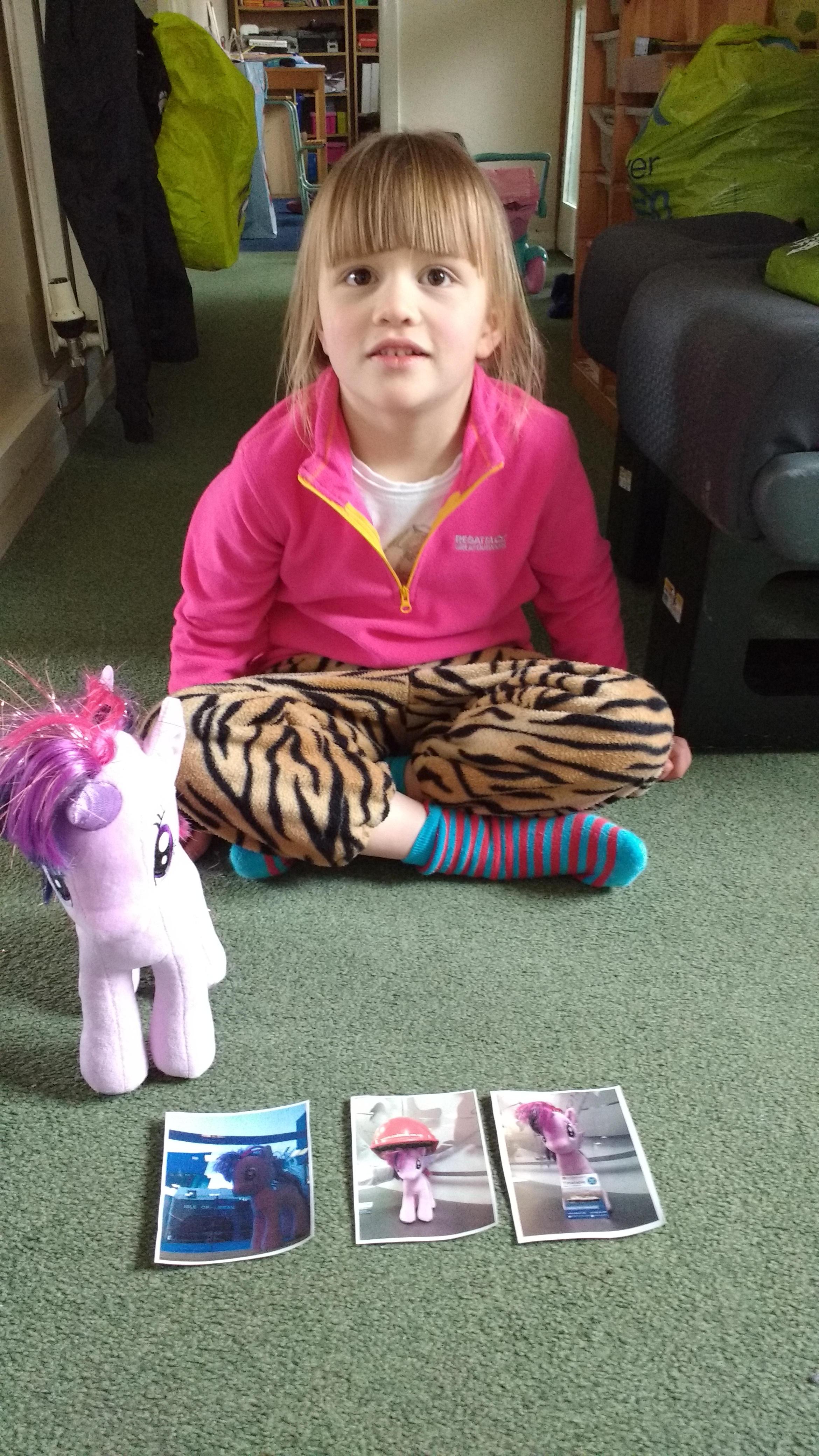 Young Alice Crowson of Rhu near Helensburgh in Argyll and Bute, Scotland was really upset when she returned home after a recent break on the Isle of Mull to find her favourite equine cuddly toy, Twilight Sparkle, had bolted.

In an effort to rein her back in, Alice's mum and dad, Beth and Fred, got in touch with the UK's largest ferry operator to find out whether anyone had spotted the frisky runaway.

This turned out to be neigh problem for Caledonian MacBrayne's port staff in Oban, who set off on a quest to harness young Twilight Sparkle.

But where to start?

As it turned out, Twilight had decided to help out on a couple of busy journeys on MV Isle of Arran. One of the stewards had managed to capture her and, once the ship got into Oban, he delivered her safely to the lost property stable - but she wasn't quite ready to give up on her adventures and, helped along the way by port assistants Jenna MacPhail and Jill McKechnie, she also managed to fit a shift in at the harbour office.

As well as spending some time helping customers with timetable queries, and attending a safety briefing, complete with her own hard hat, she also found a moment to take a selfie with her new favourite  ship, MV Isle of Arran.

By the time she had finished this canter around the offices, though, Twilight Sparkle was well and truly ready to return to Alice - with pictures to show off all the fun she had.

"As pony tales go, this one was quite a lot of fun," said Oban Port Manager Allison McDermott. "Twilight Sparkle turned out to be a pretty good member of the team - Jenna and Jill both did a good job training her up quickly and thought a little picture story might help the family understand where she had been.

"But once she'd had a day's fun, she really wanted to get back to Alice, so we made sure she got home safely. We were glad to be able to help our young customer out."

Alice's mum and dad said: "It was a very happy ending to an initially sad story.  We still have no idea how Twilight escaped us on the ferry, we double checked the area we had been sitting in. She was clearly determined to have an adventure!

"Alice was really pleased to get her back. Thank you so much for reuniting her with Twilight Sparkle and she was really interested in her adventures with you in the Oban office." 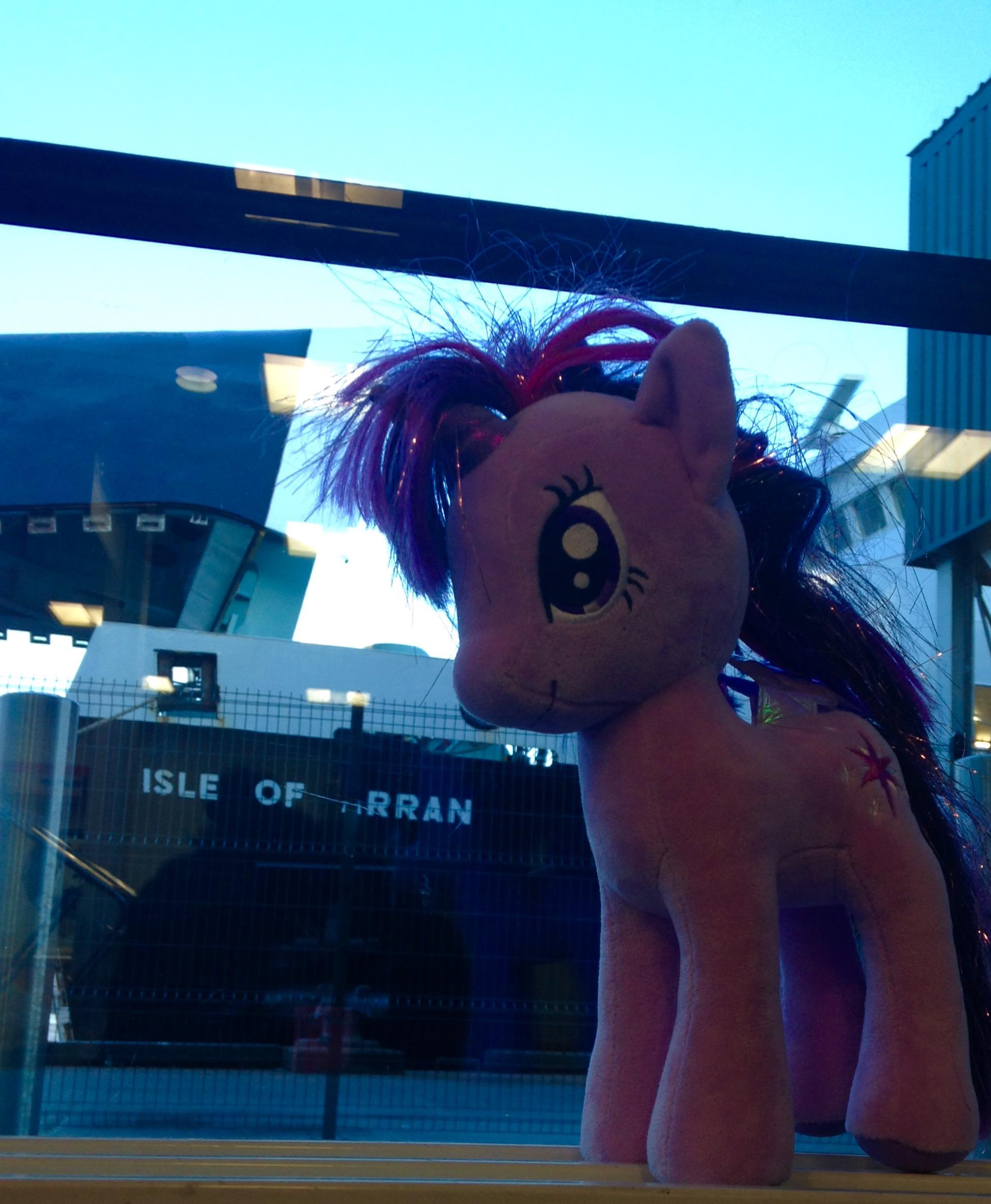 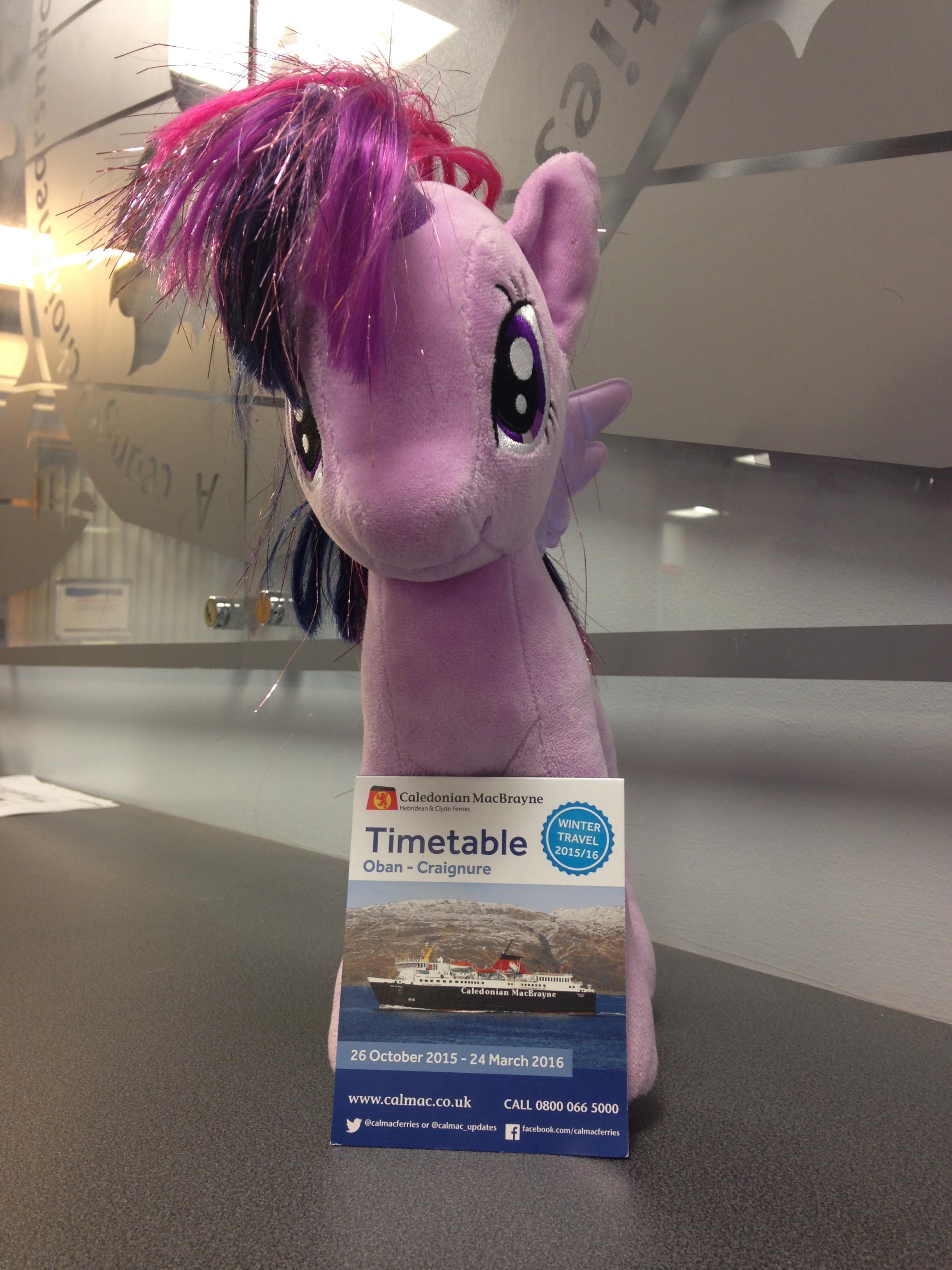 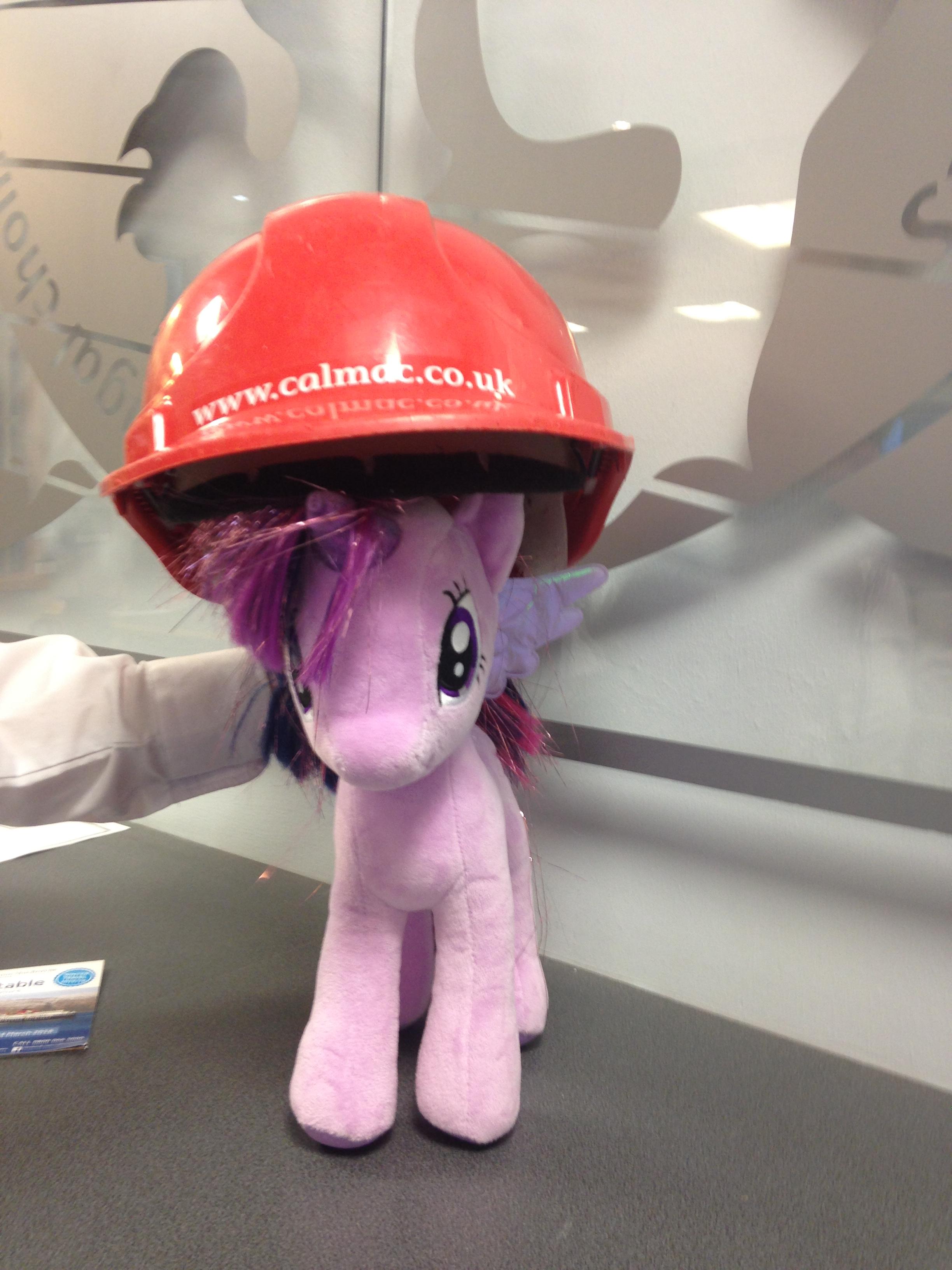