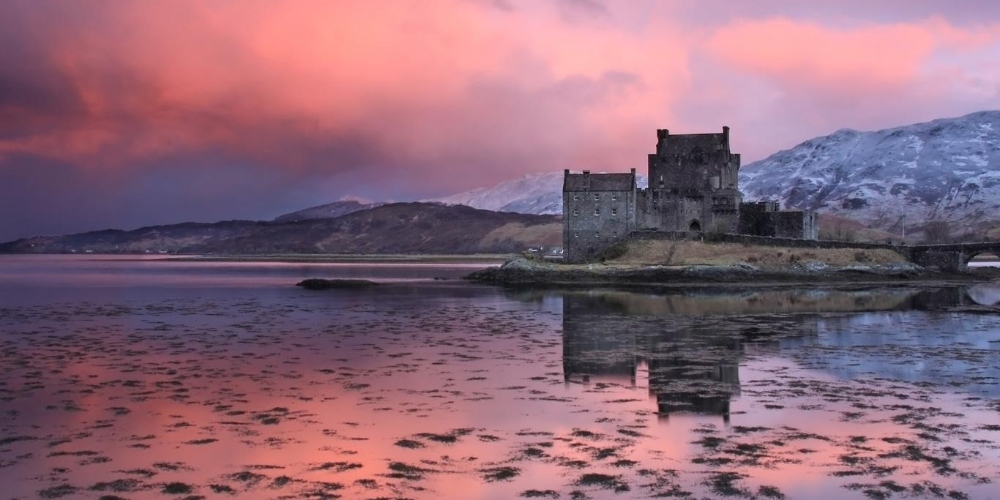 The film series about the boy wizard features quite a few classic West Highland beauty spots. If you've driven north west to the coast via central Scotland, you will have passed through Glencoe - one of the most infamous glens in the country. The sweeping hillside views were used in the Prisoner of Azkaban and The Half Blood Prince. In the latter, the Glencoe hills house Hagrid's Hut. Further along the road, on the Road to the Isles to be precise, you'll find Loch Shiel and the Glenfinnan viaduct  - they regularly star in the series when the Hogwarts Express makes its way north from Platform 9 ¾ annually on 1st September - perhaps most notably in the Chamber of Secrets where Harry and Ron travel by flying car. 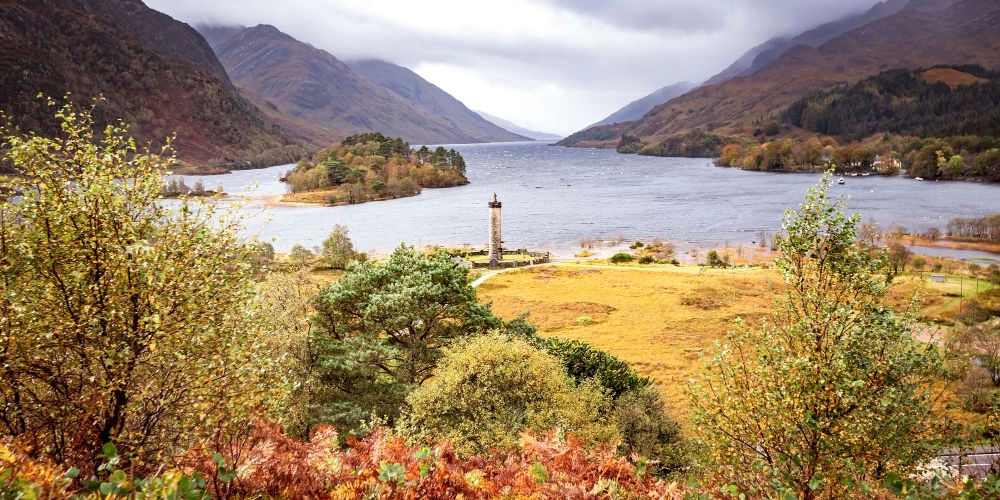 Local Hero - the Bafta winning Bill Forsyth classic turns 37 years old this year. The story follows an oil executive named Mac, played by Peter Riegert, who is tasked with purchasing the fictional Scottish town of Ferness by his oil company boss, played by Burt Lancaster. West coast gems including Arisaig, the sands at Camusdarach, Morar by Mallaig, the Ben Nevis Distillery, Loch Eil and Lochailort all feature alongside the East Coast town of Pennan. 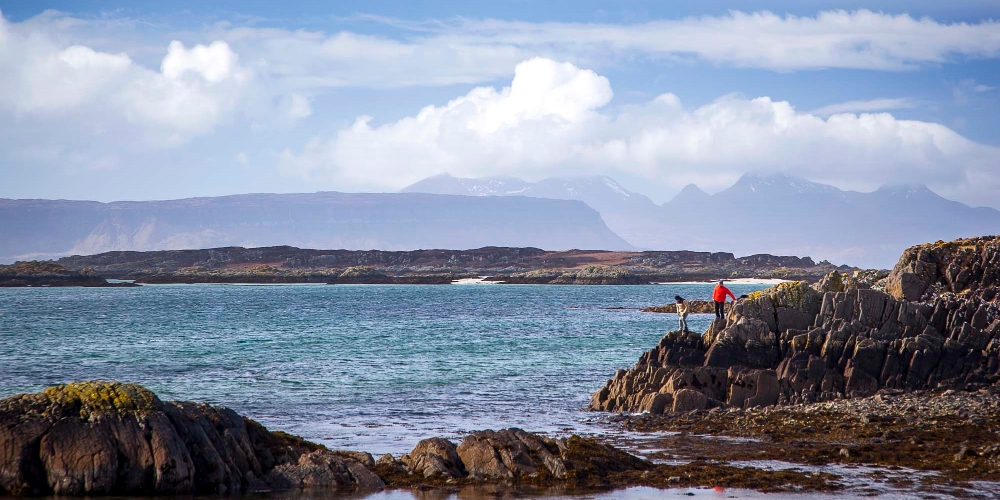 Highlander - a tale about the time spanning escapades of immortal Connor MacLeod who happens to be a 16th Century Highland Warrior now living as an antique salesman in 1980s New York. It includes starring roles for the otherworldly and stunning Trotternish Ridge and the Old Man of Storr on Skye, as well as Glencoe and Loch Shiel, and the 13th Century Eilean Donan Castle near Kyle of Lochalsh - a film regular.

Monty Python and the Holy Grail

2020 marked the sad passing of Terry Jones - comedy genius, actor, writer and director of a number of films, including Monty Python and the Holy Grail, in which Scotland featured heavily. The famous 'Castle Arghhhhh' is Castle Stalker, Appin, Argyll - which sits on an island in Loch Linnhe - many of you may have passed by on your way to Oban, Gateway to the Isles. 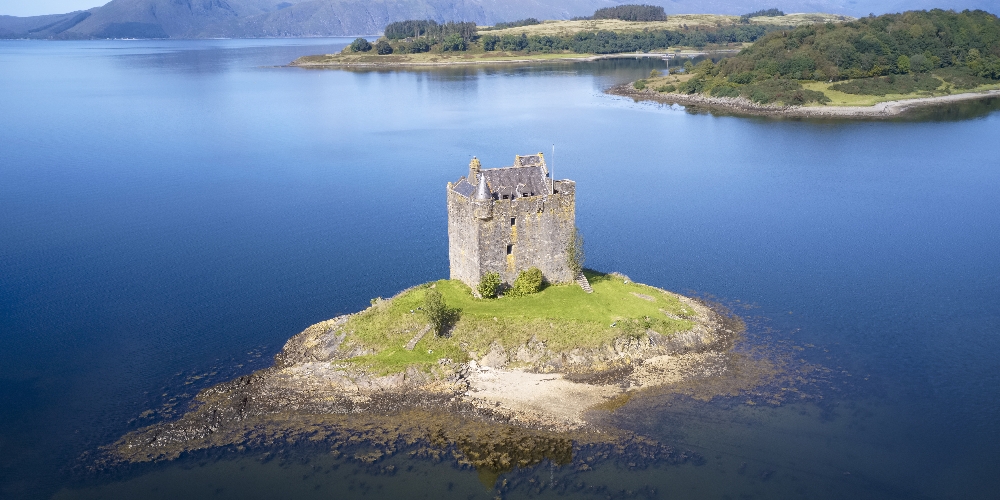 The Isle of Skye is understandably a film regular too. Anyone who has been will understand why. Ridley Scott's Prometheus from 2012 features one of the island's most recognisable spots - the Old Man of Storr. Snow White and the Huntsman from the same year also filmed scenes on the island and if you've watched the 1996 film Breaking the Waves by Danish director Lars von Trier, you may have spotted the island in the graveyard scenes, as well as shots of Morar, Mallaig and Lochailort. 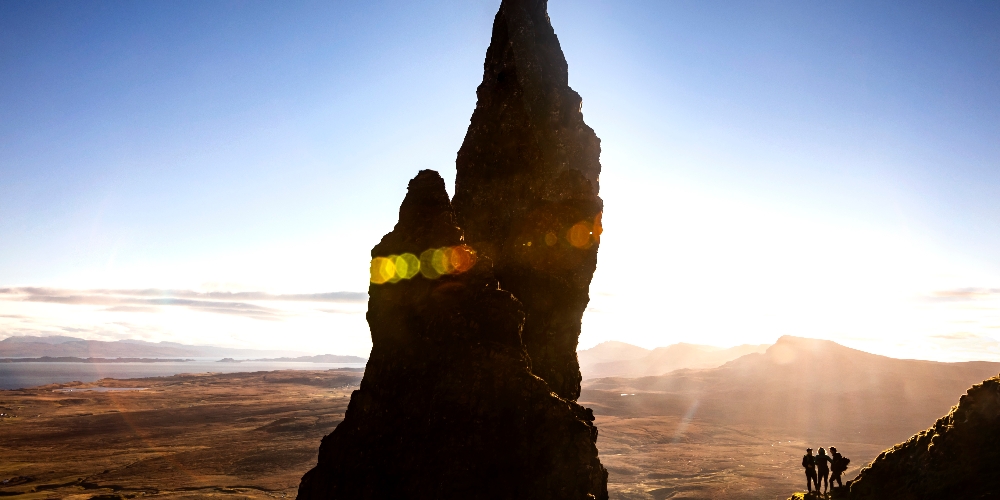 The ever-popular time traveling tale will have inspired many journeys around Scotland. Now on its fifth series, the production used world famous Calanais Standing Stones on the Isle of Lewis as the inspiration for the opening scenes - where Claire is whisked back in time from 1946 to 1743. The 19th Century Ayrshire coastal fishing village of Dunure on the edge of the Firth of Clyde has featured in several episodes. Fans may recognise it as the spot where Jamie and Claire embark on their journey to Jamaica. 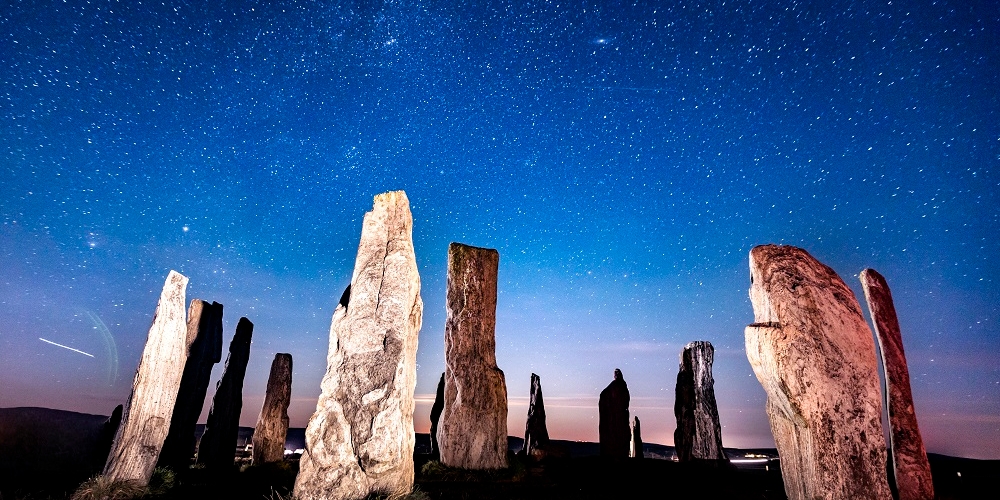 The 2018 Netflix historical drama Outlaw King follows a short period of King Robert the Bruce's story from 1304 until the Battle of Loudoun Hill, showcasing numerous Scottish landmarks as the story unfolds.  West Coast fans will no doubt recognise Skye's Talisker Bay, Coral Beaches and Loch Dunvegan as well as that other film favourite, Glencoe. If you find yourself on Arran in the future, don't miss the King's Caves -although they don't feature in the film, they do have a Bruce connection. After defeat, Bruce escaped capture and is said to have hid in a cave for three months, contemplating the end of his cause and leaving the country for good. Inside the cave he watched a spider weave a web. The spider fell down numerous times but returned time after time to complete the web - apparently inspiring Bruce to rise once more. 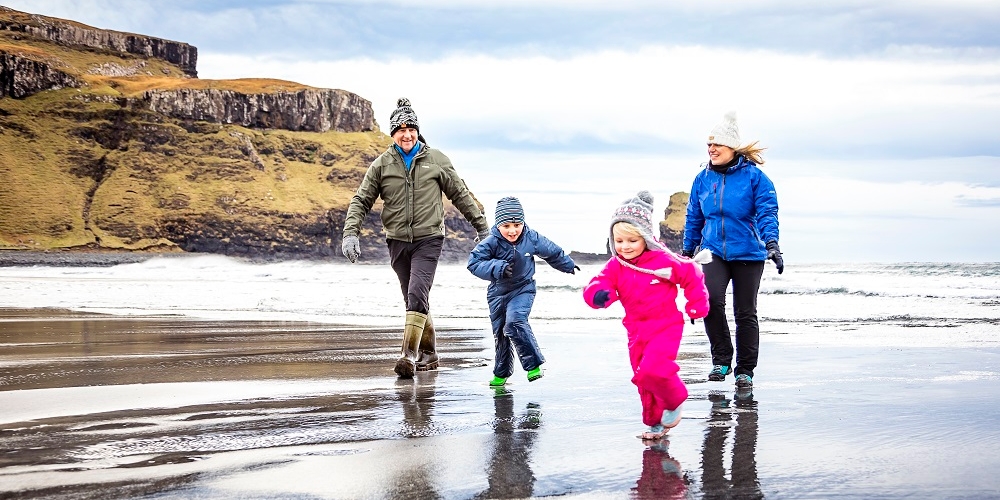 Whilst we can't travel to the islands or the coast at the moment, we can still enjoy some of their beauty by re-watching one or two of these films. In brighter days we'll be able to enjoy the real thing once more. Until then, stay safe, stay home.