A fantastic start to the season for CalMac's ORCA Wildlife Officer 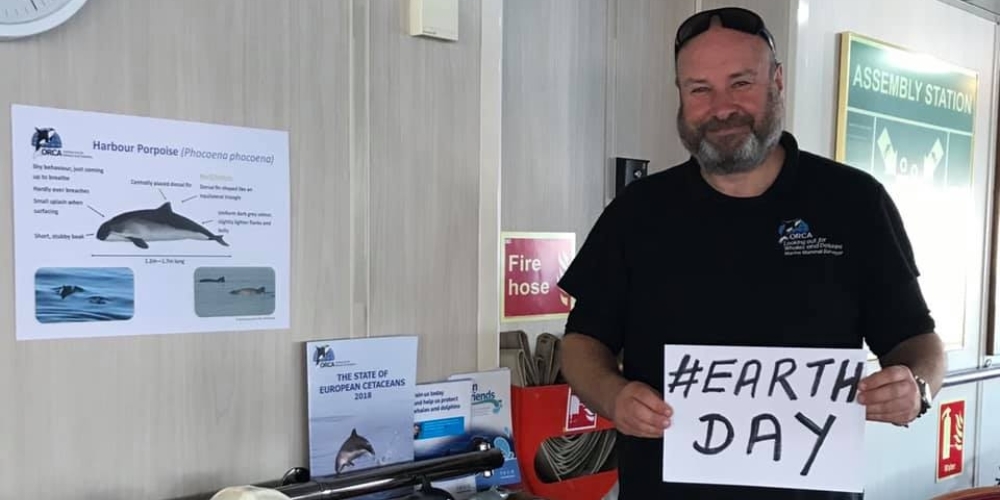 The 2019 ORCA Wildlife Officer season is up and running again and it has been a fantastic start. In six weeks we have already undertaken 40 Wildlife Officer sailings and six surveys, with four different species of cetacean recorded, including the giant basking shark.

This year ORCA has two new survey routes with CalMac. Uig (Skye) to North Uist and Harris; and Ardrossan to Campbelltown (Kintyre). These will provide excellent coverage right up the West Coast of Scotland for this crucial monitoring work.

Whilst we are always excited to see animals out at sea, what really drives me is the opportunity to engage with passengers to showcase the wildlife and encourage them to care about it and protect it for future generations.

One encounter that stands out this season was meeting a young lad from the Netherlands. As his birthday treat, he had chosen to come to Scotland to look for puffins instead of a trip to Disneyworld. The family was returning home from North Uist and had yet to spot a puffin, so I handed him a pair of binoculars and we stayed out on deck until he spotted one. Afterwards he headed off to the restaurant with a smile from ear to ear. Hopefully that young man and his sister will go on to love and respect the natural world and stand up for it in the future. His parents were also overjoyed that he had fulfilled his ambition right at the end of their holiday on their last CalMac ferry from the Outer Hebrides. 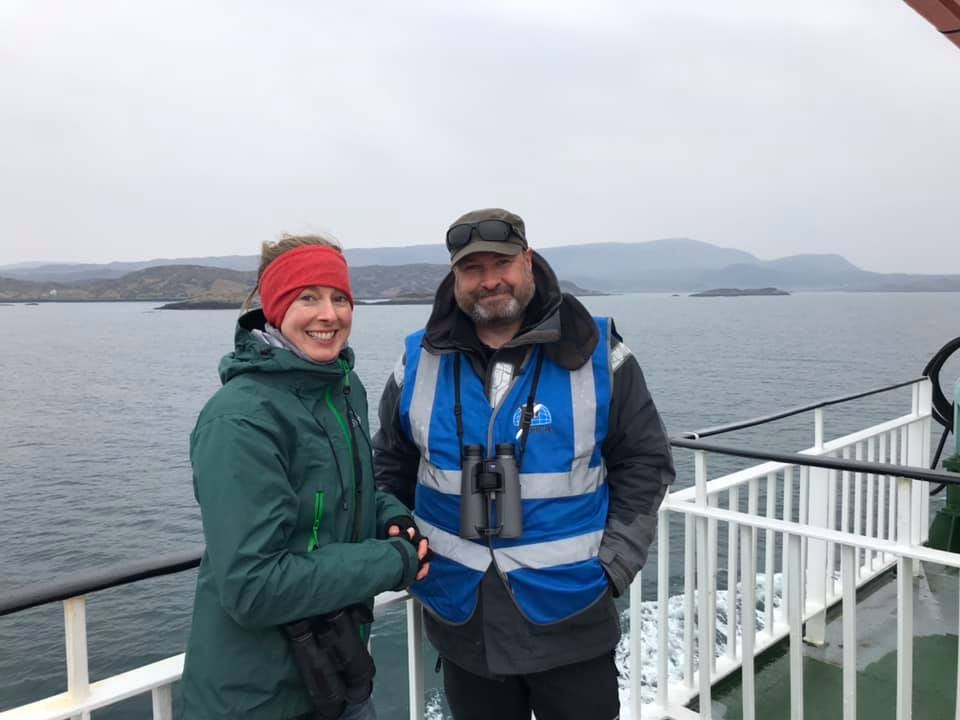 I was also pleased to bump into wildlife artist Liz Myhill from Skye. She was heading over to Harris to teach an art class and was out on deck looking for wildlife. I was delighted to bump into her, and not surprised that she was on the search for wildlife as I had previously met her on a training course from Kennacraig last year. Liz is now a volunteer with the JNCC Volunteer Seabird at Sea programme where I first met her, and her and her colleagues started surveying on CalMac ferries this year collecting seabird data as a brand new part of the CalMac Marine Awareness Programme.

As always the Easter period was a busy one. Over the Easter weekend, CalMac carried a record 112,616 passengers, up by 62% on 2018. I was on a number of sailings hunting for wildlife with some of those passengers and we had fabulous views of common dolphins racing alongside the MV Isle of Lewis.

Bank Holiday Monday was Earth Day 2019, with a theme of 'Protect Our Species'. We rounded off the Easter weekend by holding an Earth Day 'harbour porpoise' themed sailing on MV Clansman to highlight this important species that has a stronghold in the Hebrides. We had a number of artifacts, including a porpoise skull, for people to look at and I was able to discuss the proposed harbour porpoise protected area in the Hebrides whilst engaging younger travelers with porpoise activity sheets. The response from passengers was fantastic and it was a fantastic day to round off the weekend.