Staff at CalMac's customer operations centre are on a crash learning course to reach out to more Gaelic speakers through social media.

Six volunteers from the customer team in Gourock are going through a Gaelic beginners course to enable them to start posting service update tweets bilingually.

The team, who are doing the course in their spare time, have reached the level of doing National 4 exams which, they are hoping to sit officially next year.

More than 90% of Scots Gaelic speakers live in the areas CalMac serves.

"We already provide signage and leaflets in Gaelic so moving on to social media was an obvious next step," said CalMac's, Head of Operations Control, Joan Daniels.

"The language is very much part of the heritage of the areas we serve and the latest 2011 census showed a slight rise in the number of Gaelic speakers under 20. This is an audience that are very much fluent in using this medium to get information and so far we have not reached out to, we're now working on changing this." 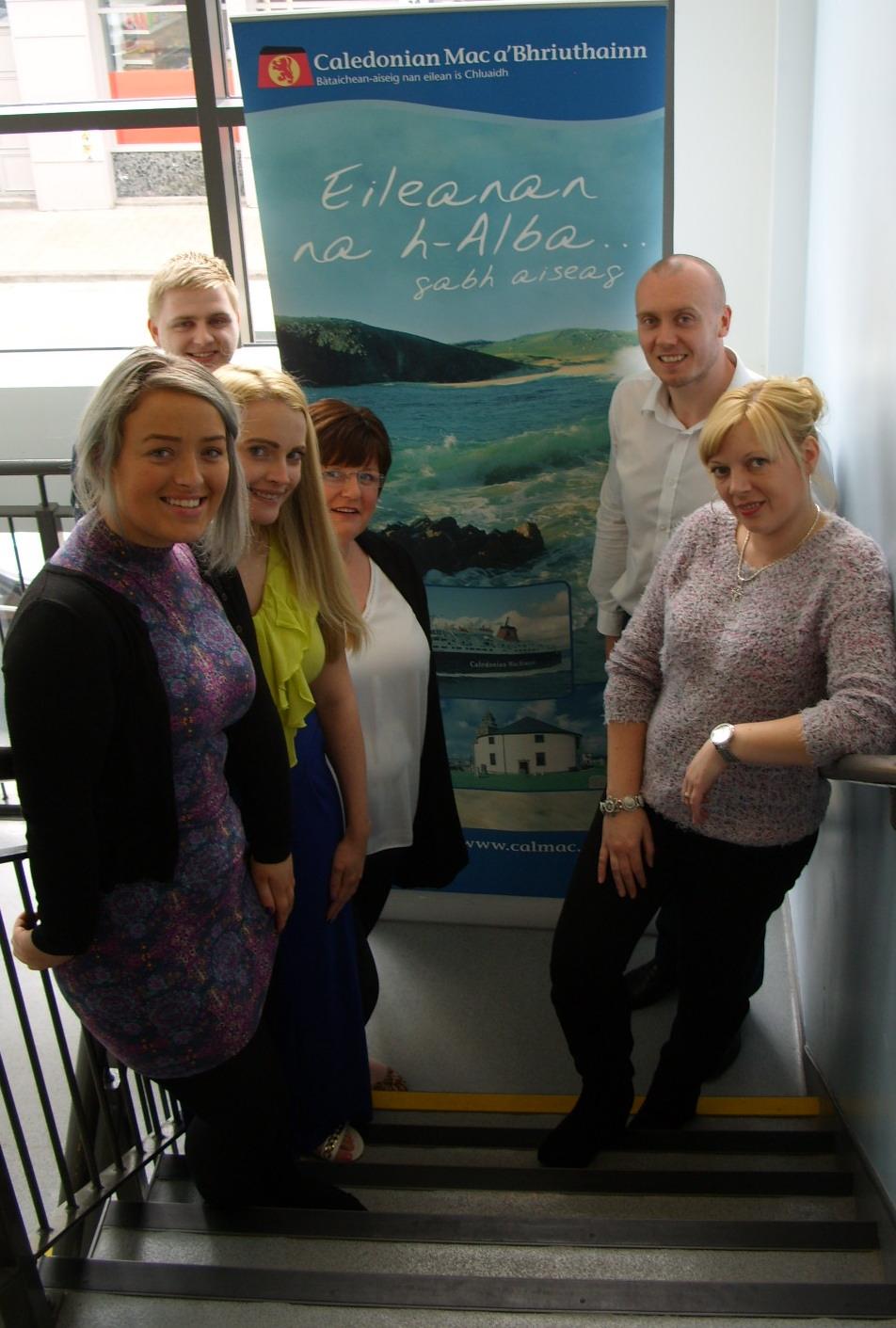 Pictures shows: The six strong team from CalMac's customer care team are hoping their new language skills will be a hit with the Gaelic speaking passengers.

Twitter is proving a hit with customers as a way getting the most up to date service status information with more than 38000 tweets sent to around 8000 followers since they started the service.

"In terms of learning the staff are very attentive and have grasped the basics of the language very quickly indeed.

"I understand that the language is tough to learn and I am generally very pleased with the group's commitment and endeavour. A small piece of communication in Gaelic is likely to go a long way in the minds of customers who use the language on a daily basis," said the group's Gaelic teacher Alain Campbell.