A fleet of 30 yachts has arrived at the North Uist village of Lochmaddy in Scotland's Outer Hebrides in advance of the inaugural St Kilda Challenge. 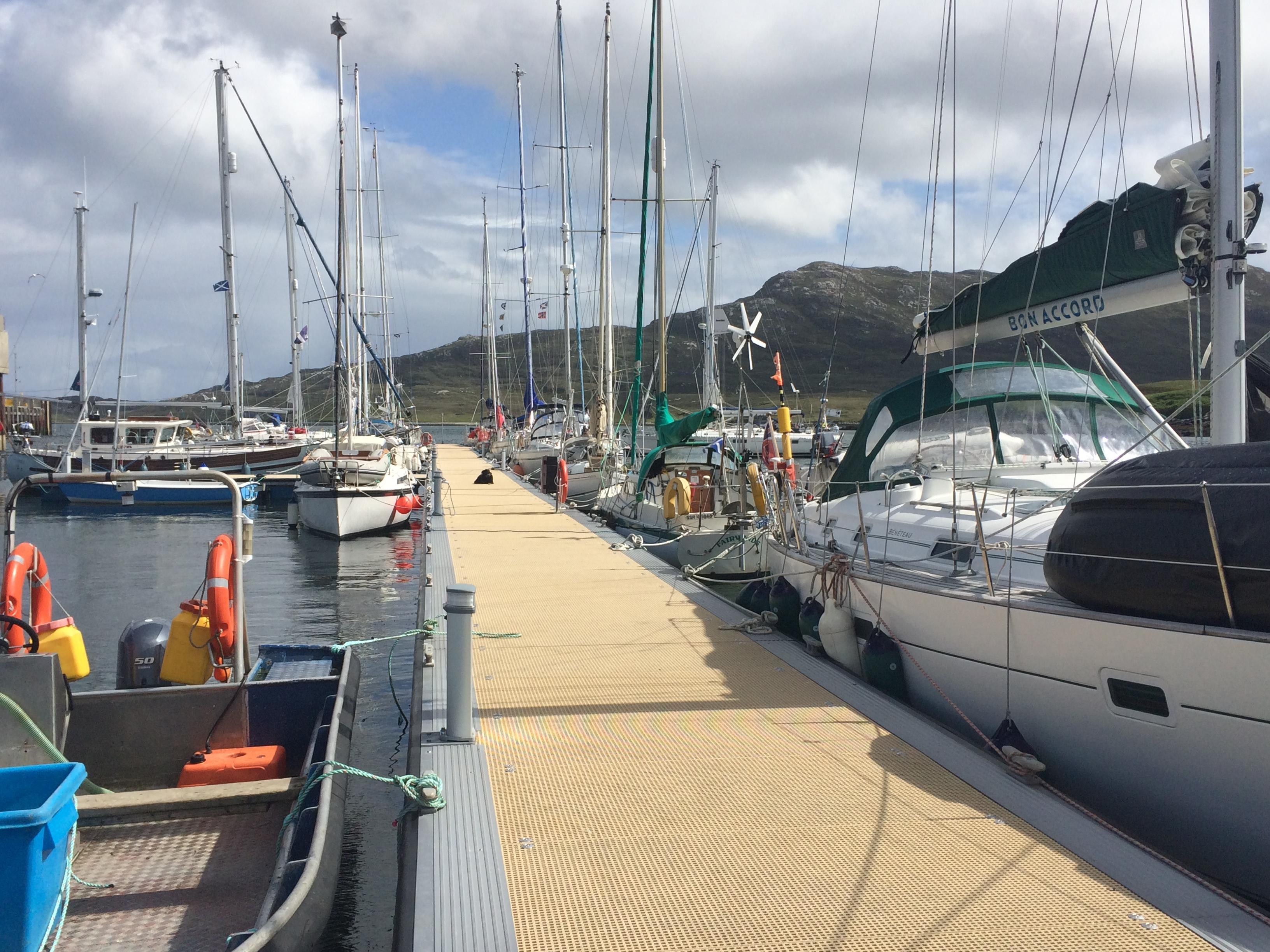 Featuring both a race and a cruise in company, the St Kilda Challenge organised by North Uist's Comann Na Mara is the first event of its kind to set its sights on the UK's remotest archipelago.

Of the 30 yachts, 15 will race and 15 will cruise as a flotilla. Both fleets will use the islands as the turning point on the course, which will take in a distance of some 100 nautical miles return.

Participants have travelled from far and wide, including Shetland, Cornwall, Ireland and the Clyde to assemble at the remote North Uist outpost.

The race will begin in the Sound of Harris tomorrow (Friday, June 10) immediately preceded by a parade of sail as the boats make the short journey from Lochmaddy to the start line.

It is likely that the faster yachts will complete the race in some 24 hours, with the cruise in company yachts taking a little longer.

Ashore in Lochmaddy, a three-day festival will be in full swing, with a variety of cultural events, including the Hebridean Premiere of Heisgeir with internationally-renowned Julie Fowlis, who originally hails from North Uist.

The fleet brings together some interesting yachts, including AJ Wanderlust, Charlene Howard's 45ft sloop which has travelled far and wide around the world and goes in the racing fleet, as well as 67ft Swan, a traditional Shetland fishing boat owned and operated by The Swan Trust which will take part in the cruise in company - built in 1900, she is also the oldest vessel to be making the journey.

Fortunately the weather gods appear to be playing ball for the event, with a light east/south easterly forecast expected to greet the yachts in the Sound of Harris for the start.

The challenge brings the windswept St Kilda island group into sharp focus - helping to highlight the UK's only dual World Heritage Site, recognised for both its natural and cultural significance, in what will be the 30th anniversary of it receiving its designation in 1986.

Sailing's governing body RYA Scotland and the Scottish Sailing Institute, which specialises in the organisation of national and international events in Scottish waters, have been closely involved in the project along with Clyde Cruising Club, and CalMac is offering significant support as proud prime sponsor. Collaboration partners on the event advisory board also include Ocean Youth Trust, Sail Scotland, National Trust for Scotland, Highlands and Islands Enterprise, University of St Andrews, Scottish Natural Heritage, Comhairle nan Eilean Siar, Harris Tweed and Harris Distillery.