And they're off! Racers and cruisers head for UK's remotest outpost in St Kilda Challenge

At 9.30am today (Friday June 10), 27 yachts left the Sound of Harris in Scotland's Outer Hebrides with their sights set firmly on the St Kilda archipelago - a return journey of some 100 nautical miles. 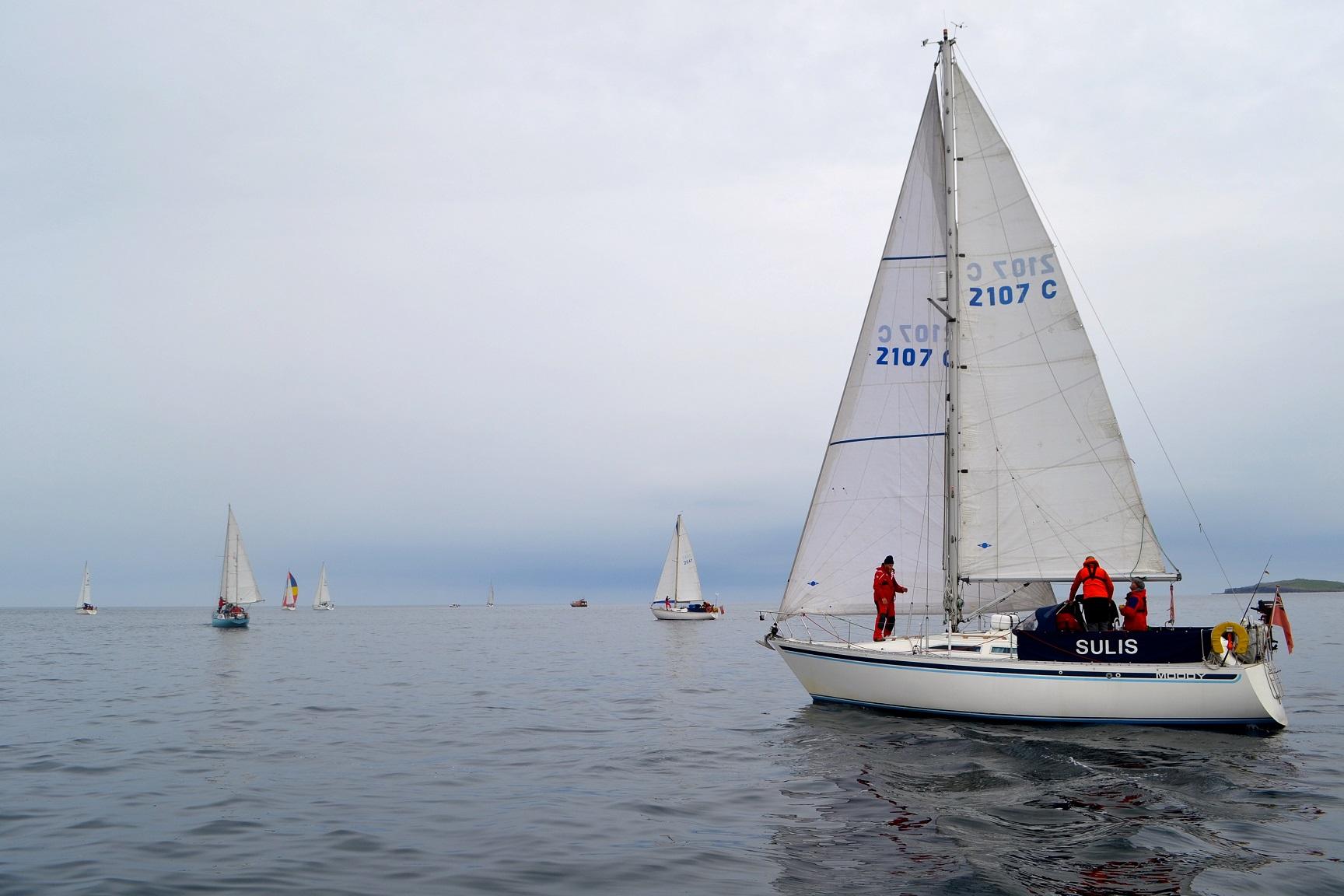 The St Kilda Challenge is the brainchild of North Uist's community organisation Comann Na Mara and today's starting gun on this first ever edition of the event marked the culmination of years of work on the part of the committee to bring the dream to reality.

Perhaps the sheer uniqueness of this event is best illustrated by how far people have been prepared to come just to be part of it - in the cruising fleet, Trevor Bardwell-Jones' Inky Paper has made the journey from Cornwall. The USA registered yacht AJ Wanderlust is a veteran of travelling the high seas - currently based in the Isle of Man, her crew is comprised of sailors from London, Manchester, Isle of Man and Maine, US. And John Rutherford's Sigma 38 Degree of Latitude has her roots in the Solent.

Unusually for an area of the country not known for its calm weather, wind was notable by its absence this morning and the racing fleet took some time to make progress towards the open Atlantic - not helped by sailing against a flooding tide. Just a light easterly - peaking at no more than five knots - nudged the boats on their way.

For the 12 yachts taking part in the cruising fleet, with the option of switching an engine on to aid progress, the lack of breeze was not of major concern. For the racers, however, contemplating 100 or so nautical miles with the forecasters predicting no more than 15 knots of wind, even in the far Atlantic, could signal time to dig deep into the patience and stamina reserves.

The atmosphere on North Uist when the fleet assembled yesterday was electric - a frisson of excitement with the village's marina filled to bursting and hundreds of participants taking to the shore and exploring. Locals meeting and greeting and enjoying the busy vibe.

Alongside the race and cruise, the committee has organised a three-day festival with everything from bands to plays, books and art through to film. The Hebridean premiere of Julie Fowlis' Heisgeir is a notable highlight, as is the arrival of the Highlands and islands' own mobile cinema the Screen Machine for the duration of the event. Singer and composer Rick Taylor has already performed his work The Poet and The Maiden to great acclaim and contemporary traditional ensemble the Ross Ainslie Trio, accompanied by Plan B dancers, take to the stage this evening.

"We are absolutely delighted to see the St Kilda Challenge in full swing," said Comann Na Mara chairman Gus MacAulay. "We have been planning this event for many, many years and it is finally happening - we are thrilled and very grateful to all those who have helped.

"It's been a phenomenal amount of team work and I'd like to particularly mention our race officer John Readman of Clyde Cruising Club for such an excellent job.

"It has been fantastic to see so many boats making the journey north and to see Lochmaddy's Marina at full capacity. The draw of the St Kilda archipelago is a strong one and there has been great excitement among all those who are participating.

"The atmosphere ashore has been great and I am sure that there are friendships being forged here which will endure. I am looking forward to hearing all the tales when the sailors return tomorrow."

Some of the those taking part know one another of old; most are new acquaintances. In the racing fleet, Irish yachts Grant Kinsman's Thalia and Dream Machine, owned by George McCormick - both Sigma 400s - are friendly rivals and were planning to enjoy their own mini race within the race. In the cruising flotilla, though, there is also a competitive edge with both Mungo MacDonald's Arty Miss and David Petrie's Sulis also agreeing to race each other.

Both Thalia and Dream Machine, as well as Helensburgh yacht Pippa VI, a First 40.7, with Fraser Gray and Gordon Lawson's J122 Moonstruck Too from Port Edgar Yacht Club were up bright and early this morning to strip out their boats - removing all excess weight to allow them to gain as much speed as possible.

The yachts left Lochmaddy Marina at 7am this morning to journey about 20 miles to the start line in the Sound of Harris. Local man Ruaraidh Nicholson lent his fishing boat Harmony to act as committee vessel, while the Leverbugh Lifeboat, dressed overall, marked the other end of the line.

Participants can expect to reach the islands at dusk and will sail around them as full darkness falls - the island of Soay is the westernmost point on the course, while Boreray and Stac an Armin are the most northerly markers - all the islands must be left to starboard by the racing fleet.

Navigating in the twilight and then dark conditions, with no reference points is a significant challenge in itself - though, if the skies are clear, it has reached the time of year when even the darkest time of the night still shows some light this far north in Scotland.

It is expected that the first yachts home will pass through the finish line mid to late morning tomorrow (Saturday, June 11) and organisers hope that the last will be no later than three o'clock in the afternoon.

The challenge brings the windswept St Kilda island group into sharp focus - helping to highlight the UK's only dual World Heritage Site, recognised for both its natural and cultural significance, in what will be the 30th anniversary of it receiving its designation in 1986.

Sailing's governing body RYA Scotland and the Scottish Sailing Institute, which specialises in the organisation of national and international events in Scottish waters, have been closely involved in the project along with Clyde Cruising Club, and CalMac is offering significant support as proud prime sponsor. Collaboration partners on the event advisory board also include Ocean Youth Trust, Sail Scotland, National Trust for Scotland, Highlands and Islands Enterprise, University of St Andrews, Scottish Natural Heritage, Comhairle nan Eilean Siar, Harris Tweed and Harris Distillery. 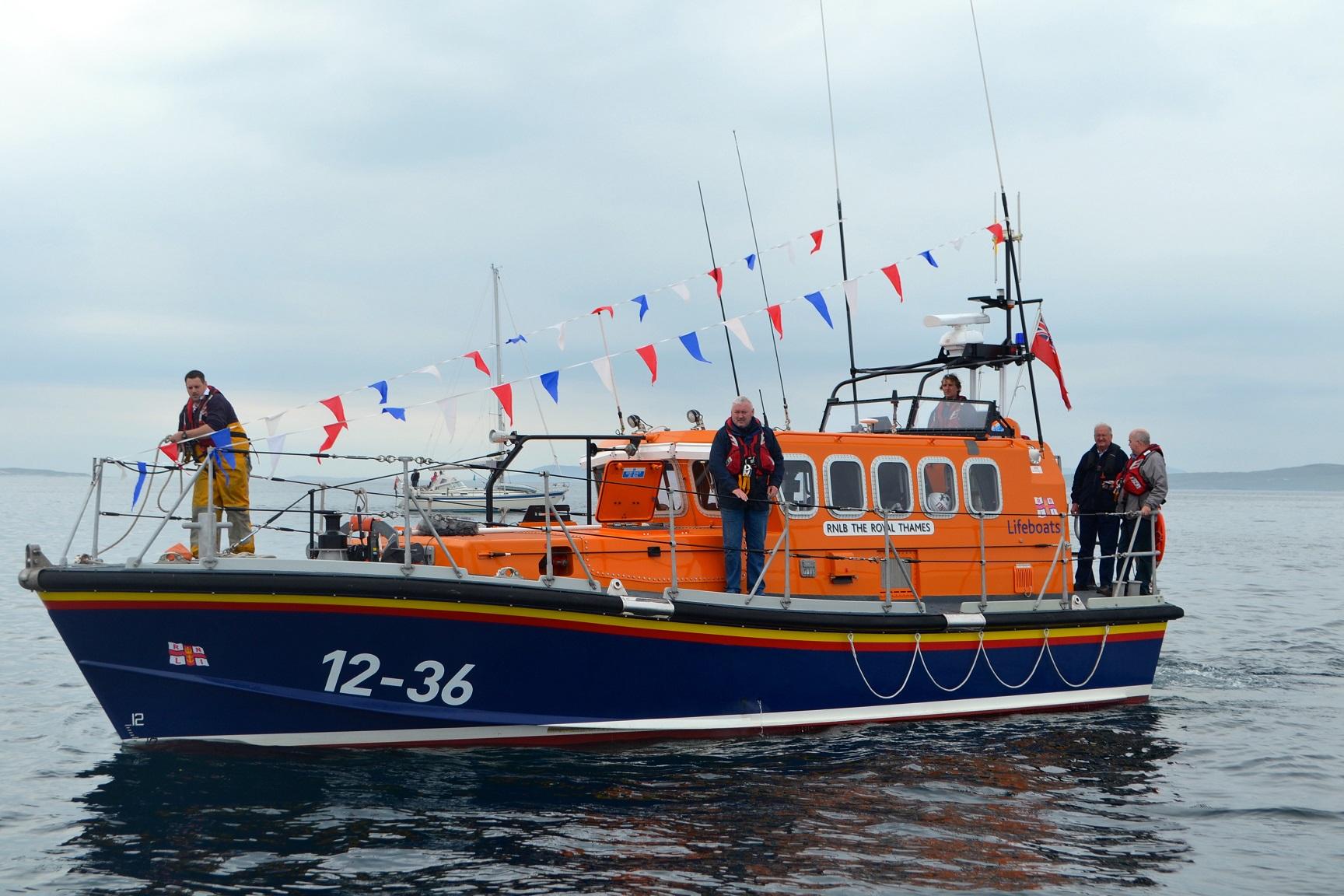 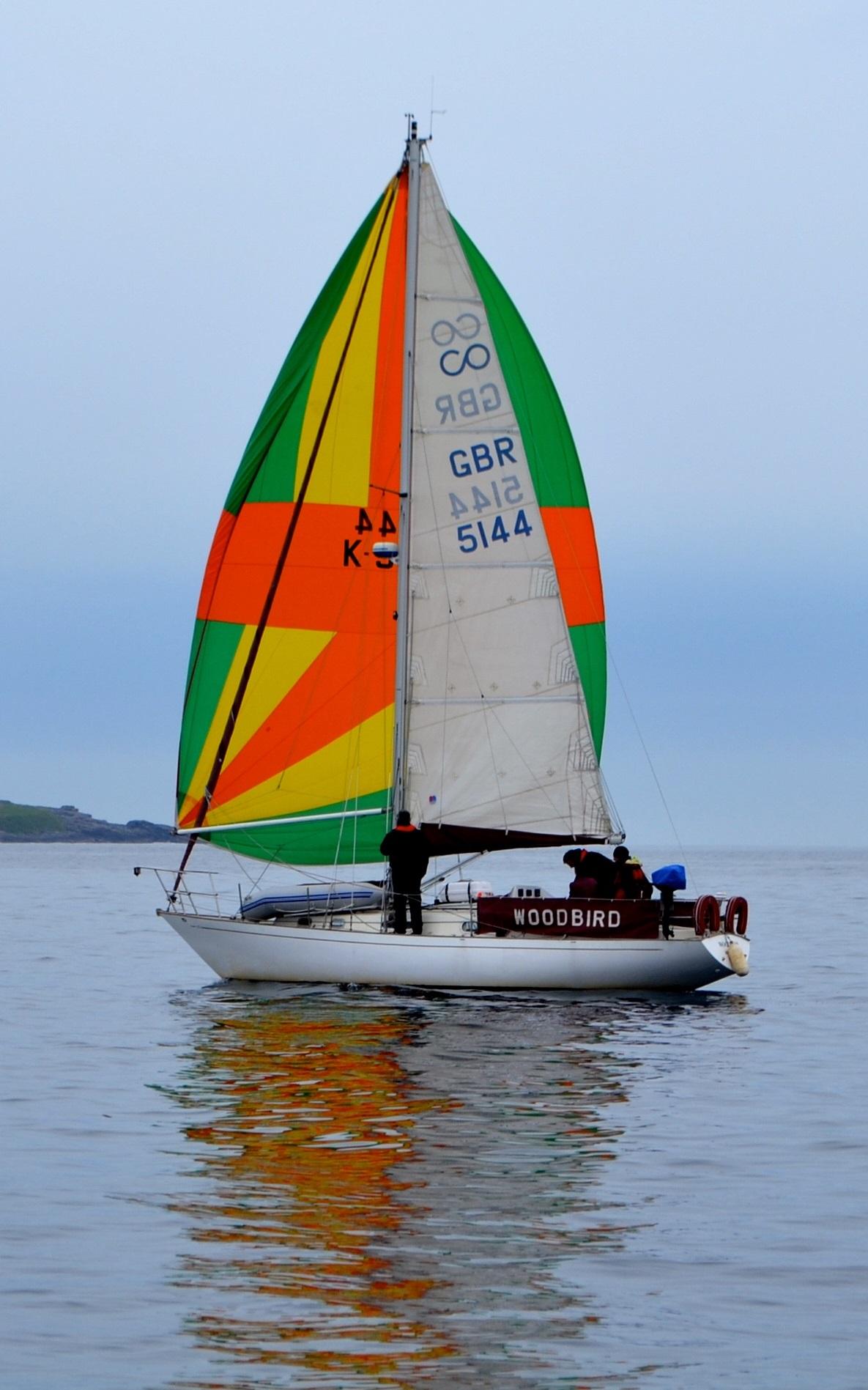