ORCA Surveys Begin in the Firth of Clyde 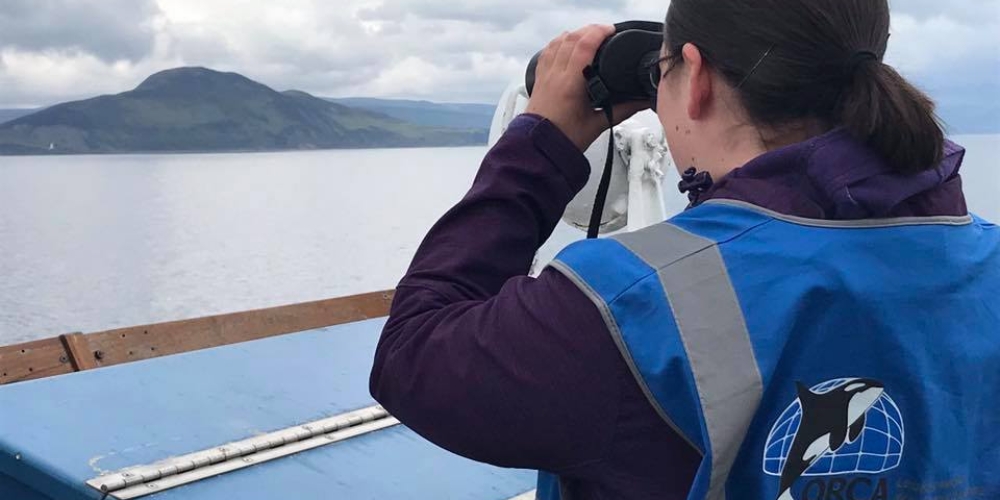 The Clyde isn't necessarily somewhere that one immediately thinks of when you mention whales and dolphins, with its history of heavy industry and overfishing.  However, hopefully ORCA's new Marine Mammal Survey route, from Ardrossan past the Isle of Arran out to Campbeltown on the Kintyre peninsular, will contribute to changing that perception.  The Clyde Porpoise Group has already done fantastic work highlighting the biodiversity of the area for some years now.  Hopefully our distance sampling surveys can contribute to that effort as well.

For CalMac the Firth of Clyde is home waters, and it was only natural that ORCA started long-term monitoring in the area after the launch of the CalMac Marine Awareness Programme.  We know that there is a good population of harbour porpoise in the area but when I am working as the Wildlife Officer on the Clyde ferries, passengers often say that they expected there to be very little wildlife and are then amazed when a tiny porpoise pops up beside them.  I also point out to them that it isn't just porpoise that are recorded here.  In the last couple of months bottlenose dolphins have been seen in the area and last spring a humpback whale was recorded off the coast of Arran.

Crew on the ferry to Campbeltown report sightings of minke whales and basking sharks in the summer months, and who could forget the pod of orcas that swam up the Clyde last April?  Unfortunately, I didn't get to see those orcas, and I am constantly reminded about it when I meet people who did - it seems that half of Glasgow got to see this particular group of killer whales that made it right up the Clyde as far as Dumbarton! 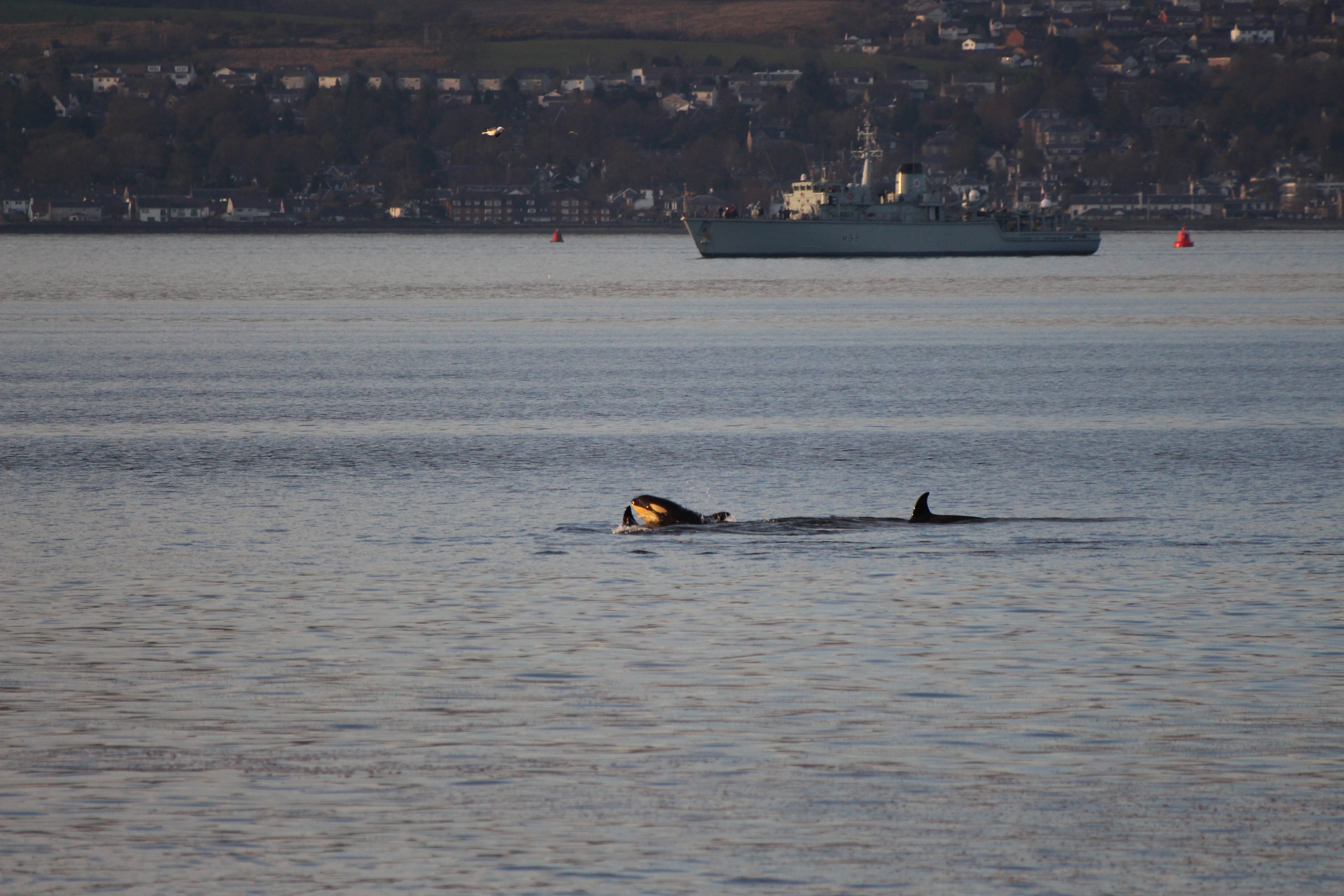 There is certainly enough food to sustain large numbers of seabirds in the area, including gannets from the imposing gannetry of Ailsa Craig that can be seen towering in the distance from the ferry.  Gannets have been known to travel 300km to forage but it is not uncommon to see some of the 35,000 pairs that nest on the rock dive fishing when approaching Campbeltown harbour.  Black guillemots, eider ducks and shags frequent the harbours of the Clyde and the Isle of Arran is home to Scotland's first No Take Zone in Lamlash Bay.

Grey and harbour seals can also be found in the area and there are suggestions that the orcas last year were seen hunting seals.  They were identified as a pod labelled the 064s that are regularly seen around the Northern Isles and have a huge male in the group dubbed Busta.  Less than a week later they were recorded back up in Orkney waters after their short break to the south.

The biodiversity of the Clyde is extensive and long-term monitoring via ORCA surveys will allow us to look for any trends or changes to that baseline.  It is a route that we know many of our volunteer surveyors will be excited to take part in and we already have a pool of citizen scientists from Glasgow and the surrounding area that will find this a convenient Sunday survey.

ORCA is also running a Marine Mammal Surveyors Course in Oban in October when they hope to recruit and train many more local volunteers - https://www.orcaweb.org.uk/get-involved/train-to-be-a-marine-mammal-surveyor 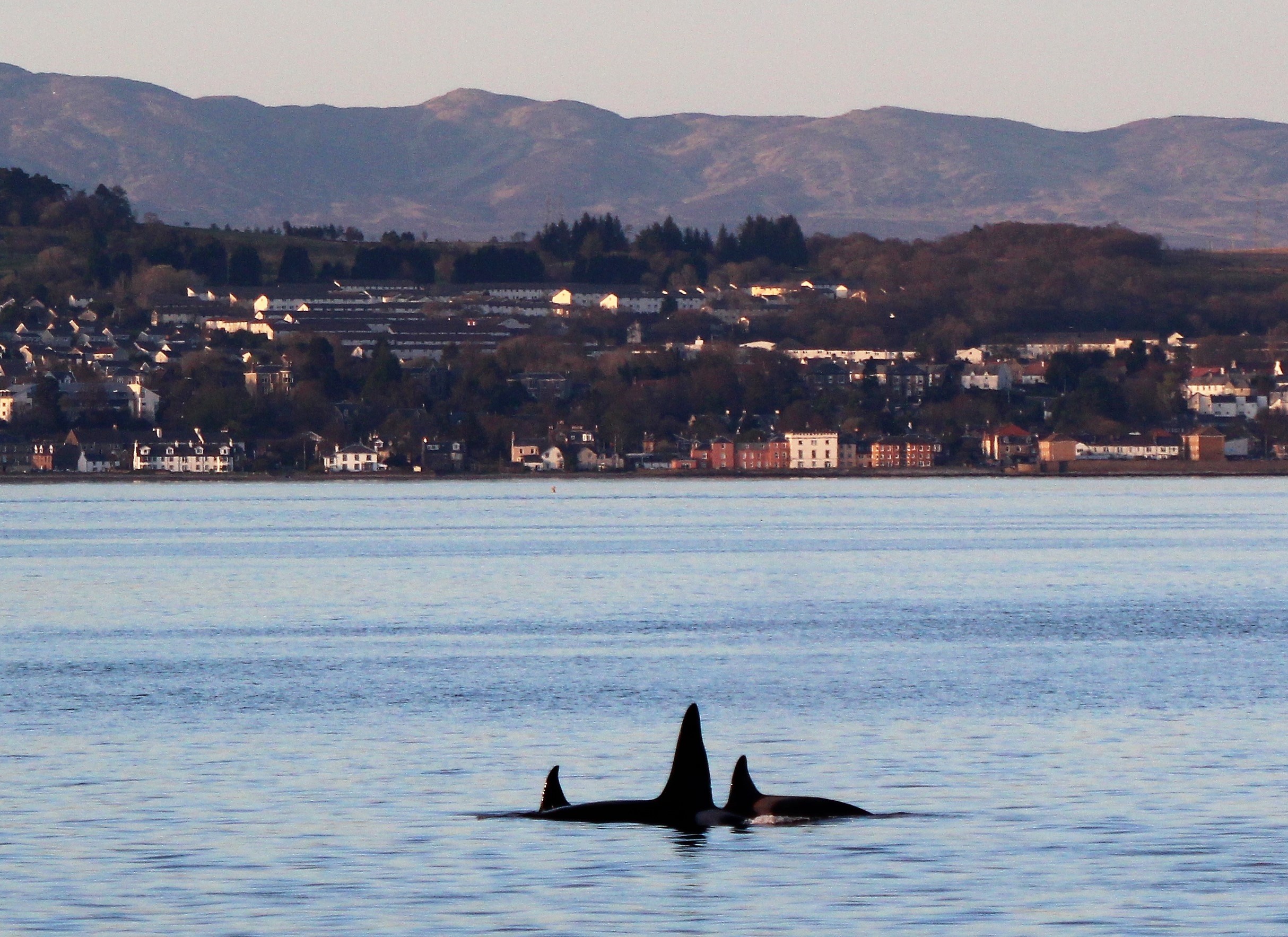