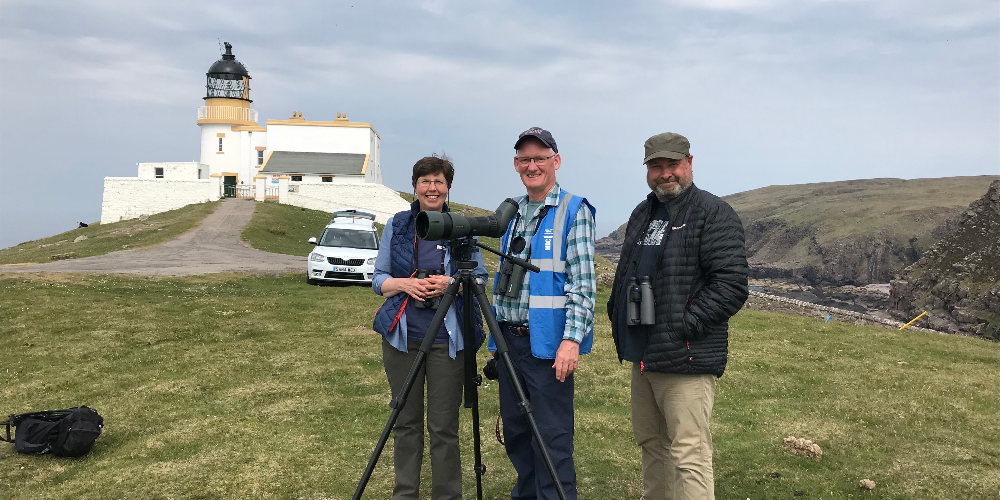 Inspired by the blog by Sunnyside Primary School Ocean Defenders and their trip out to the islands, I started thinking about all the people that I meet on my Wildlife Officer travels around the West Coast of Scotland and the CalMac ferries network.  There are so many people across the West Coast that are giving up their time and energy to work tirelessly for conservation and I bump into many of them regularly.  Whether it is school students encouraging us to care about the oceans and do more to tackle the climate emergency, retired volunteers working to protect individual species across the islands, local community groups undertaking regular beach cleans, or the many ORCA and VSAS citizen science volunteers that regularly survey for marine mammals and seabirds from the bridges of CalMac ferries, the list is endless.  There really are so many people working to create a better world for all of us and our communities, and it is something that we can all embrace and get involved in.

Only last Wednesday, while working on MV Clansman, I bumped into Tom Prescott from Butterfly Conservation Scotland leading a group of volunteers over to Tiree for the day in search of a colourful day flying moth that was previously only found in Kent.  It is now extinct there but was re-discovered on Tiree in 1984.  It flies during the latter part of June and into July and was last recorded on Tiree in 2007.  The team were excited but apprehensive as they left the ferry to meet up with the Tiree Ranger, not entirely certain that they would discover it again.  Thankfully they returned in the evening, a little sunburnt, but with huge smiles on their faces having successfully recorded it again around Balephetrish Hill.  The now re-named "Tiree Twist" is alive and well on Tiree and we know that because of the fantastic work of this group of volunteers. 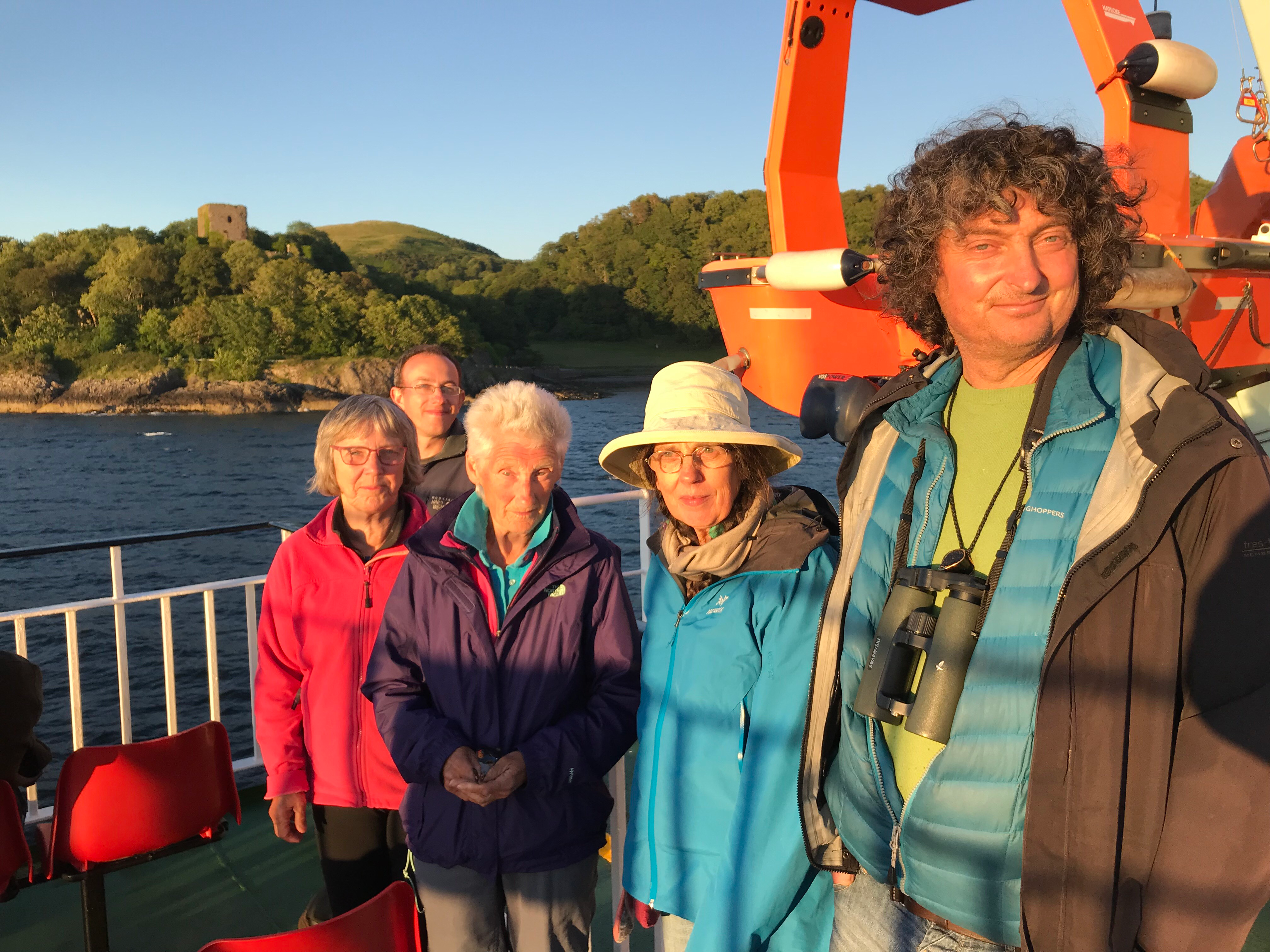 I regularly work on the Small Isles ferry, MV Loch Nevis, on a Saturday.  It is a great route to find cetaceans and seabirds to enthuse the public with.  Over the past couple of years, I have become friends with a gentleman called Martin Carty, who is regularly sailing to and from Canna for the day.  He tirelessly monitors the sea eagle nests on the island as a licensed volunteer and has done for many years.  His knowledge of the raptors and seabirds of the area is extensive and every time I bump into him I learn something new!  In the Autumn, when the new intake of young Manx shearwaters leaves Rum to begin their 7,000 mile journey to their feeding grounds off the coasts of South America, many of them are attracted towards the bright lights of Mallaig and end up ditching in the town.  Martin and other volunteers trawl the town to pick up these stragglers and take them back out on the ferry to be released at sea and hopefully pointed in the right direction for their epic migration.

Others that I bumped into on my travels are David and Avril Haines, who station themselves at Stoer Head, North of Ullapool and undertake marine mammal surveys from the lighthouse on the headland there for the charity Whale and Dolphin Conservation.  Their watch overlooks MV Loch Seaforth as it plies the Minch to Stornoway and back.  David has also led groups from Assynt Field Club, of which he is a member, on the ferry searching for wildlife.  You will find one or both of them at the headland with their binoculars and telescopes gazing out to sea in their WDC high vis.  Do stop and talk to them and they will be happy to explain all about the marine life that can be spotted from their site!  When I was there with them for just an hour, we were lucky enough to spot distant Risso's dolphins, a minke whale and calf, a porpoise and a stunning pale Arctic skua.  Their counterparts across the water at Tiumpan Head on Lewis are also very successful with their cetacean sightings. 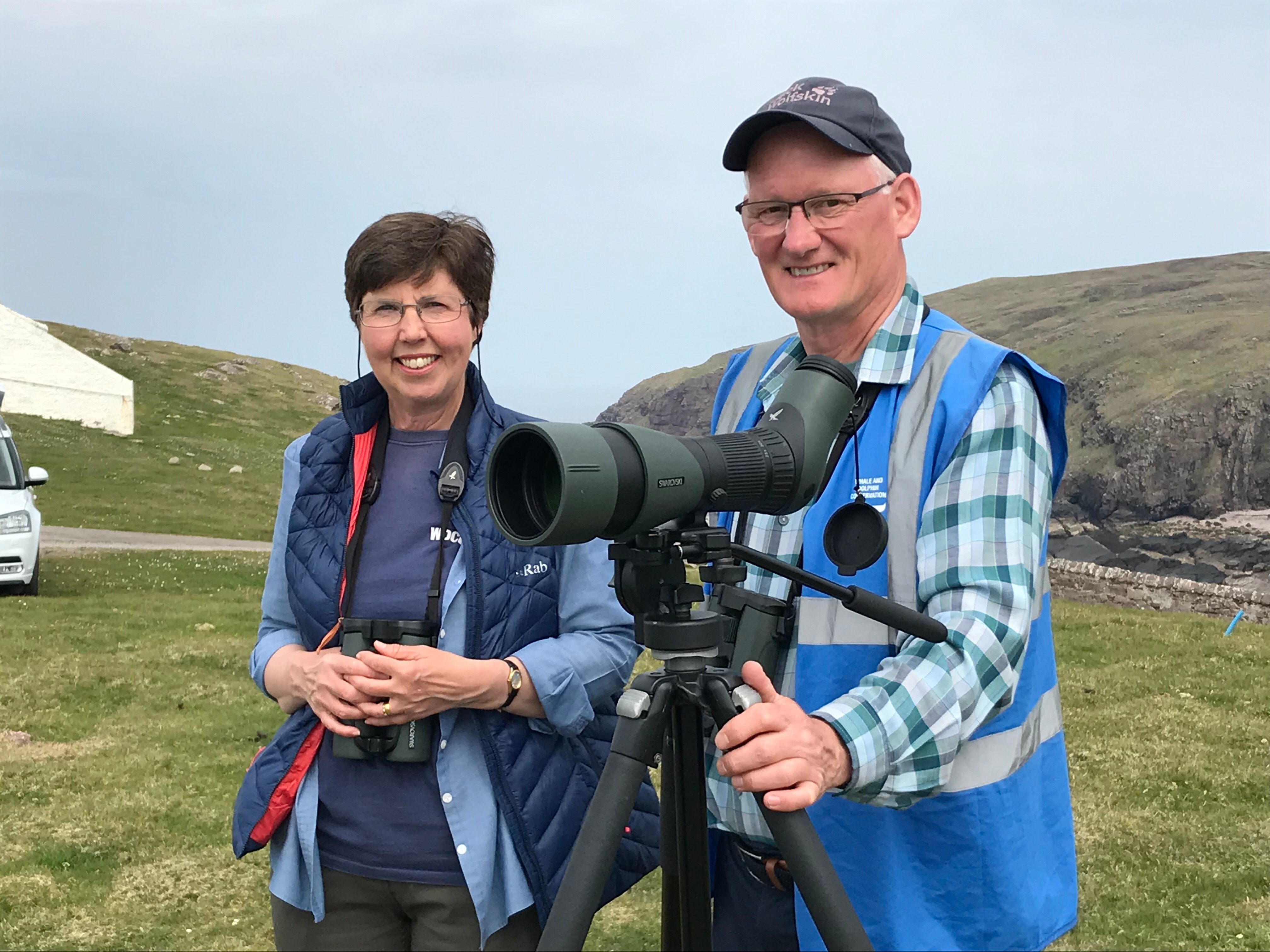 All across the West Coast and islands there are so many people working in similar ways.  I have listed just a tiny fraction of them and you will come across many more on your own travels across the CalMac network.  Perhaps you are one of these volunteers yourself, and if that is the case then I salute you and thank you for your dedication.  The world is a much better place in which to live when we care about it and do everything we can to protect it.