A Fantastic New Mini-Cruise to Round Off a Great Season 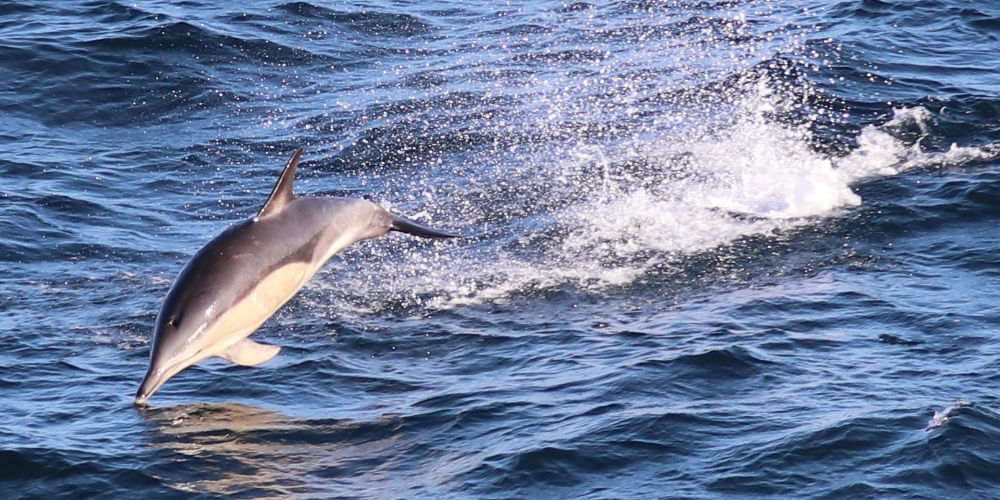 The ORCA Wildlife Officer and Marine Mammal Survey Program has had some great sightings from CalMac ferries this summer with, amongst other species, minke whales, Risso's dolphins with calves, common dolphin and harbour porpoise calves, and crazy looking basking sharks breaching right out of the water. We will continue to be out on the ferries monitoring the wildlife into the autumn months

But as we quietly passed from summer into autumn we rounded August off with a new event.  Last week around 20 people joined myself and ORCA volunteer Wildlife Guide, Jan Storie from Lochalsh, for a mini-cruise on board MV Clansman. This was a fantastic route taking in the Sound of Mull, the Isles of Coll and Tiree, a passage through Gunna Sound (well known for basking shark sightings) and on to the dramatic harbour of Castlebay on Barra in the Outer Hebrides. 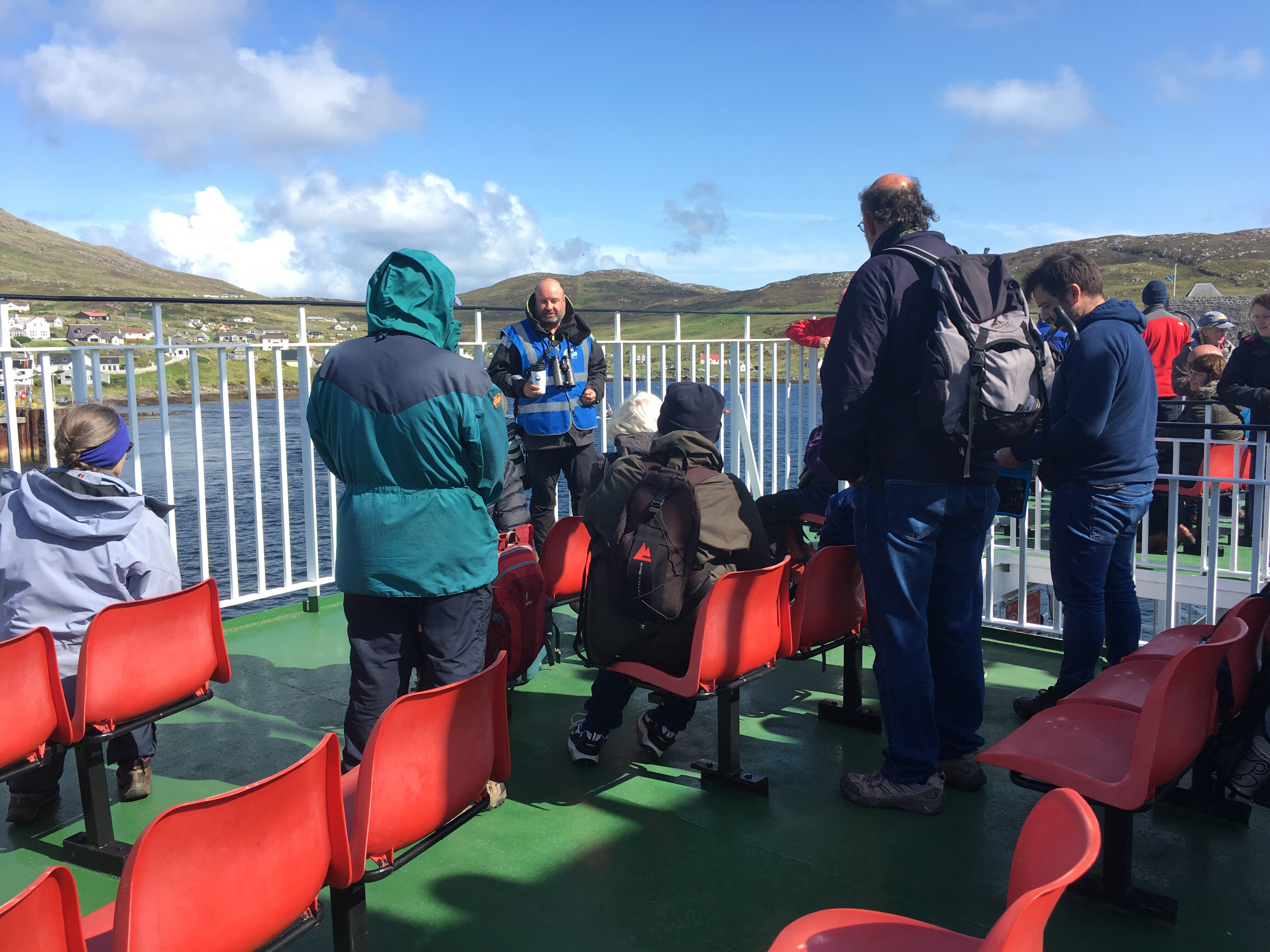 Thankfully the worst weather of the day took place whilst we were inside and I was giving a presentation on the wildlife of the region and we were looking at some whale baleen and some replica dolphin and porpoise skulls. After we passed Coll and Tiree the sun came out and we basked in the sunshine on the outside deck. It was fantastic to see so many people on this first Hebrides Mini-Cruise. Some had come from as far afield as Bristol specifically to take part and a couple on holiday from Italy also joined us. Many were members of the public taking the opportunity to enjoy a sail around the islands and hopefully spot some wildlife en route. Some were first time ORCA Marine Mammal Surveyors who were using this to gain more experience, others were old hands at whale and dolphin spotting. But the mix of people was lovely, everyone was included, and it wasn't long before everyone was interacting and searching for fins together. Even members of the public who just happened to be travelling on the ferry that day came and took part. 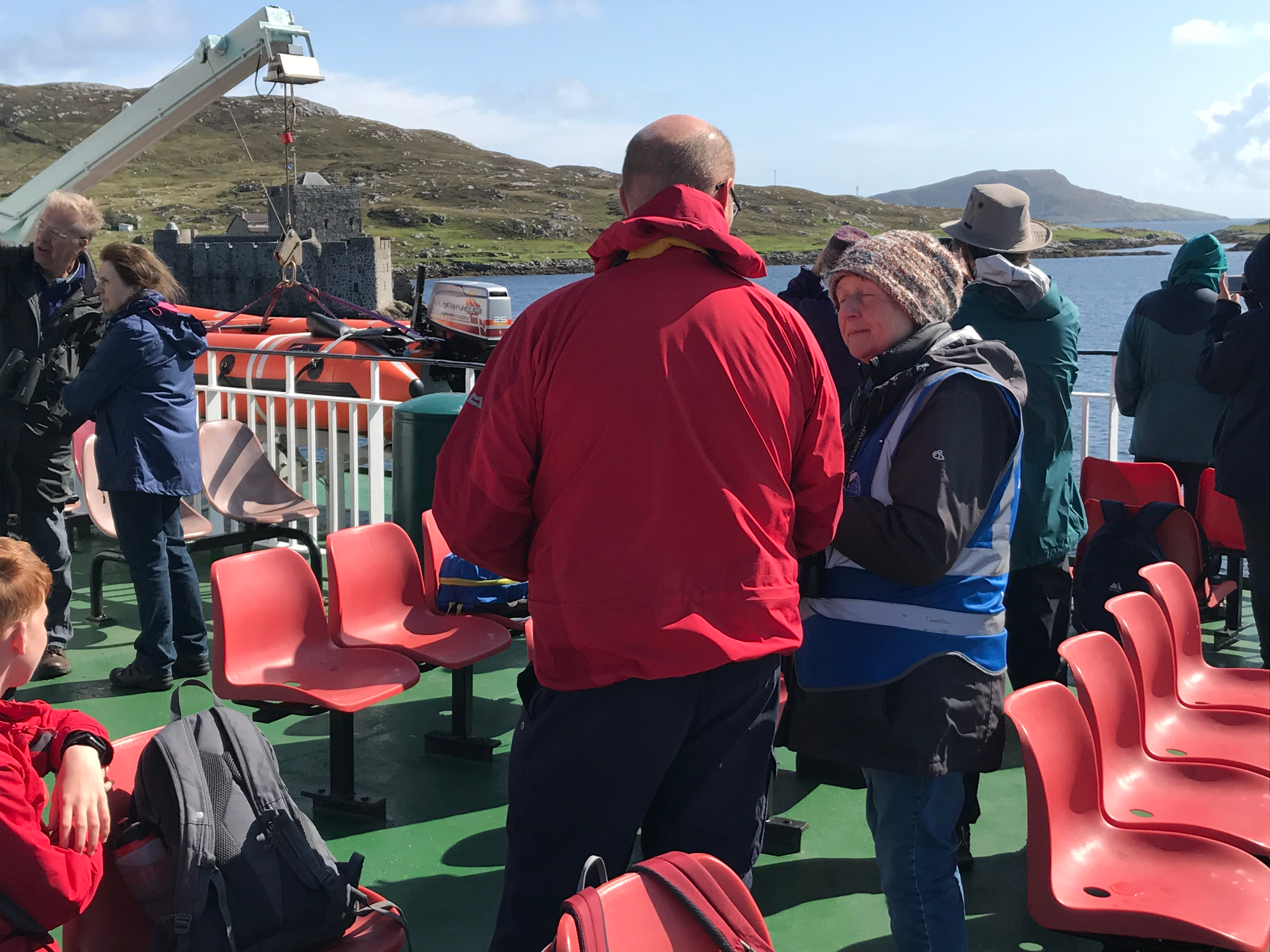 Throughout the day we were delighted to spot a number of groups of common dolphins which always put a big smile on people's faces. Over 40 were recorded! Whilst we were berthed in Castlebay we were treated to a fabulous sight of a sub-adult golden eagle flying right over our deck and also a distant white tailed sea eagle. We also saw common seals, lots of different types of jellyfish and interesting birds. As well as the seabirds which included highlights such as puffins, red throated divers and Arctic skuas, there were also a few migratory species, including a wheatear that settled on the ship for a while and a sizeable flock of sanderlings heading south. It is perhaps fitting that the last sighting of the day as we left Coll, was when a number of passengers from the comfort of the inside forward facing lounge, finally spotted that species of great whale that the Hebrides is famous for - the minke whale! 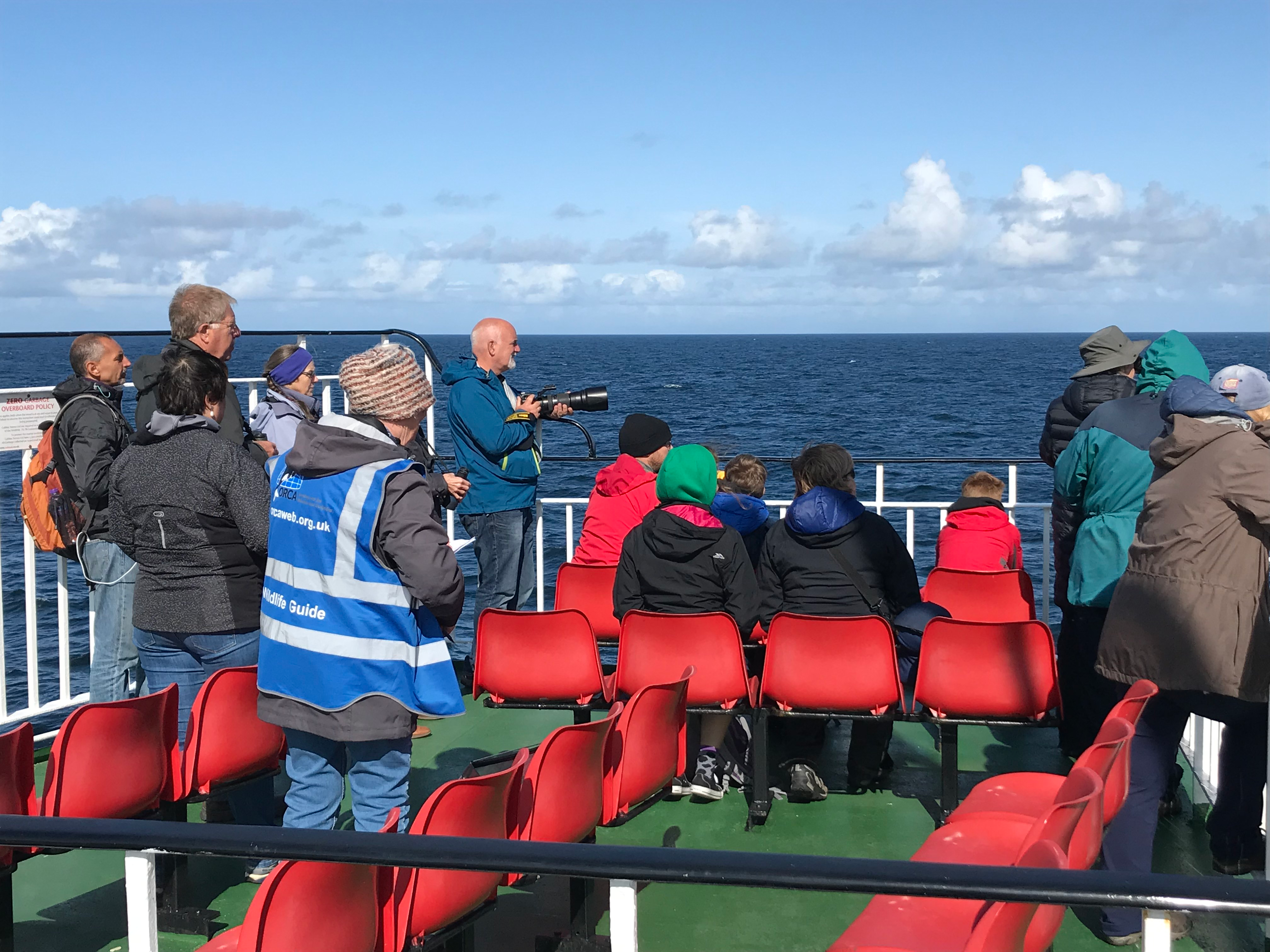 I think that the joy of these sorts of trips is meeting and sharing a deck with like-minded people from all walks of life and also benefiting from lots of pairs of eager eyes when searching for wildlife as well as the different levels of expertise amongst the passengers; everything from wildlife, to geology, to local history. The landscapes that we sailed through were absolutely spectacular and as the sailing was from dawn 'til dusk people were also able to partake of the great food and drink services that CalMac ferries are renowned for, and the Clansman crew looked after us fabulously.

One particular young lad, named Carrick, who was on board with his father was absolutely overjoyed to see the common dolphins and I have just emailed them some photos of the ones that he saw so that he can take them into his school and show his classmates and teachers. In his father's words: "Carrick has the bug now". And I have to agree with him - marine wildlife watching is addictive and it is always wonderful to share it with others and if people go away enthused, and hopefully motivated to protect it in the future, then we can go home satisfied.