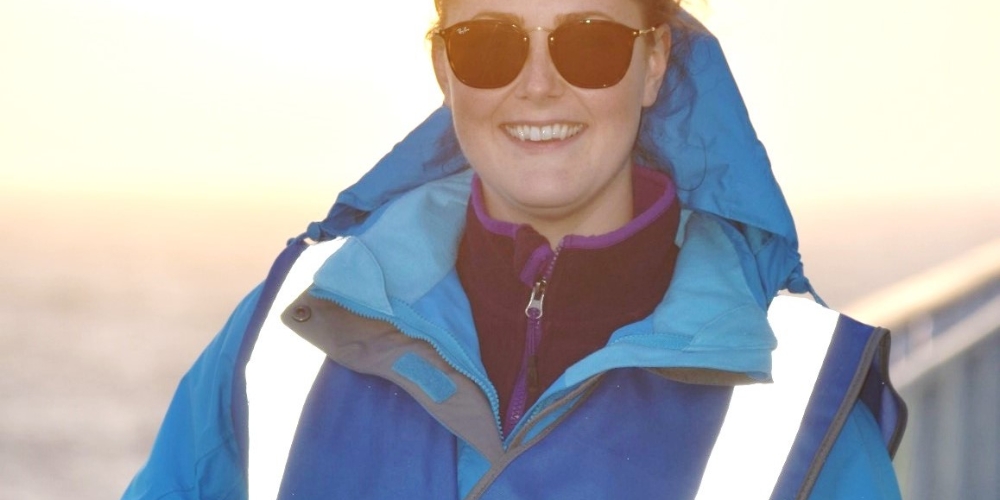 Hello! This is the first blog for the 2020 season from your Hebrides Wildlife Officer, Ashleigh. As per government guidelines I have remained inside and kept my outings to necessary trips only. You would think this would mean I don't have anything to talk to you about...but you'd be wrong. I have so many interesting blogs and news coming your way.

Firstly, I would like to thank CalMac Ferries and the pioneering Marine Awareness Programme that hosts the Wildlife Officer project along with many other environmentally conscious projects. They allow citizen scientists the chance to safeguard the lives of marine mammals by collecting sightings data across the Hebrides. Secondly, I'd like to talk about ORCA, the marine conservation charity I represent, they have been surveying our waters in the UK since 1996 and have helped adapt policy and legislation to protect our marine mammals.

As it is my first blog and I represent a charity named ORCA, I thought it was only fitting to introduce one of the most recognisable species in our oceans, the orca or killer whale. I'm going to run through some interesting facts about them and the populations we have here in the UK. To start off, I'd like to mention that I am yet to see my first ORCA, I've been surveying for over 2 years and still have not seen one. If I am with you when we encounter these amazing animals, please excuse my excitement!

Orcas and killer whales (species name: Orcinus orca) are different names for the same species. Killer whale comes from their tendency to take on other whales at sea. It is thought that in the 18th century, Basque whalers referred to these beasts as "whale killers", which eventually changed to killer whale. In Spanish, they're referred to as ballena asesina, which means "assassin whale". The name Killer whale is also deceptive as these creatures are more dolphin like than whale. This is due to many physical characteristics, such as; having a central dorsal fin, having one blowhole and a rounded melon. Genetic studies have also proved that they sit more comfortably within the dolphin family (Delphinidae), in particular the oceanic dolphins. They're actually the largest member of the oceanic dolphin family, with the biggest individual weighing in at 10 tonnes and measured 30ft (9.6m) long. In Scottish Waters they can weigh up to 6 tonnes and reach 21 feet (7m) in length. 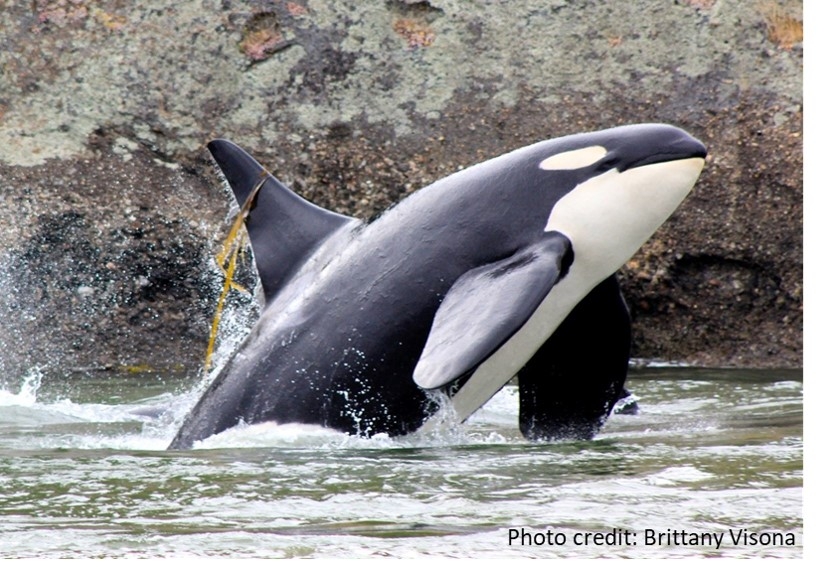 There is a resident population of orca in the UK called the West Coast Community that ranges from the Outer Hebrides to Galway in Ireland all year round. There are eight individuals in this family group or pod, four males and four females. This pod specialise in eating smaller whales, dolphins and porpoises (cetaceans) and seals, they don't communicate or mix with the fish-eating visitors from the north. The West Coast Community are famous for a number of reasons, one of which being the unmistakable member of the family named 'John Coe',  who has a notch at the base of his huge dorsal fin and who is spotted by folk throughout the year. Another reason is not so fortunate, a member of the pod washed ashore in 2016, her name was Lulu. She died due to entanglement and was found with many different items in her stomach, including a shoe. Not only that but on examination she was found to have 20 times the safe level of PCBs (PolyChlorinated Bisphenols) in her system. This made her one of the most contaminated animals on the planet in terms of PCB burden (at the time) and does raise serious questions for the long-term survivability of this family group. This may also be a reason that in 20 years of study they have never been seen with a calf, as PCBs affect the reproductive cycle.

It's not all bad news, there are many organisations working together to protect these animals, including ORCA. As part of the Marine Awareness Programme, the Wildlife Officer, Marine Mammal Surveyors, CalMac crew and even passengers can collect vital data on these animals and further inform conservation policy and legislation. If you do want to get a good sighting of these mesmerising animals, the best chance is in the summer months, during common seal pupping season (May-July) and please send your sightings data to hebrides@orcaweb.org.uk. You can also help protect the ocean by becoming an ORCA ocean ambassador.