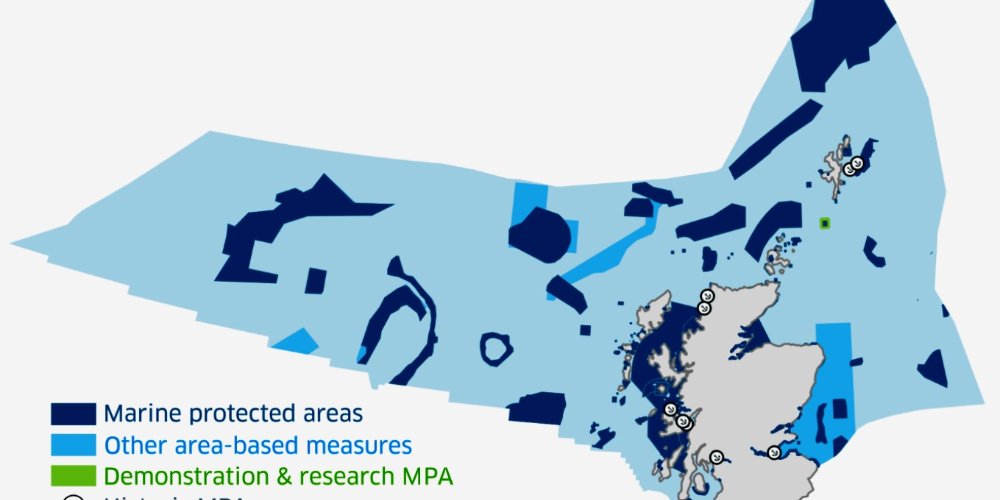 A Marine Protected Area (MPA) is defined by the International Union for Conservation of Nature (IUCN)  as 'any area of intertidal or subtidal terrain, together with its overlying water and associated flora, fauna, historical and cultural features, which has been reserved by law or other effective means to protect part or all of the enclosed environment.' (IUCN). This means an MPA is a geographical space, recognised, dedicated and managed, through legal or other effective means, to achieve the long-term conservation of nature with associated ecosystem services and cultural values.

Today 7.43% of the world oceans lie within marine protected areas. Although, when you take an in-depth look at the figures you can see the spread is uneven. Currently national waters account for 39% of the global ocean and 17.21% is protected; however, the high seas account for 61% of the global ocean and only 1.18% is protected. It seems obvious that more protected areas must be established. The United Nations target, agreed by all coastal nations of the world, was for 10% of the sea to be protected by 2020; however, a bid was made by the UK in 2018 calling for 30% of oceans to be protected by 2030. This target was met with delight and 200 countries joined the UK in a bid to protect our oceans.

In the UK there are 297 MPAs established under international, European and UK laws, which cover just over a quarter of UK seas. In UK overseas territories, more than two million square kilometres of ocean is protected.  An MPA is important in its own right but a network of well-managed MPAs is even more effective; therefore, having a variety of MPAs form a coherent network is beneficial. The different types of MPA in the UK are:

MPAs, such as the NC MPA are established under the Marine (Scotland) Act and the UK Marine and Coastal Access Act and can protect species and habitats not protected by EU Directives. From the list above you can see that SACs cover habitats and species, SPAs protect bid species, both native and migratory and NC MPAs and MCZs are nearly the same, they are just designated under different bodies. These different bodies allow a broad range of protection within the UK, including Scotland.

Covering around 22% of Scotland's seas, the Scottish MPA network consists of 217 sites for nature conservation designated under various legislative frameworks to protect nationally important marine wildlife, habitats, geology and undersea landforms. These numbers are often changing with a consultation on four possible MPAs closing in 2019, these were; North-east Lewis, Shiant East Bank, Sea of the Hebrides and Southern Trench, which will enable the protection of several key species and habitats.

NC MPAs protect seabirds such as, black guillemot (Cepphus grylle), and there are two are specifically designed to protect sandeels (Ammodytidae spp.), a key prey species for a range or seabirds. Among this there are areas that protect harbour porpoise (Phocoena phocena), Risso's dolphins (Grampus griseus) and minke whale (Balaenoptera acutorostrata).

ORCA have a big part to play in the designation of these MPAs across the UK as they collect vital data on species distribution and abundances, which could not be done without the help of dedicated citizen scientists. In conjunction with data from other organisations, such as HWDT, WDC and the SeaWatch Foundation amongst other, this helps verify important areas that require protection. The partnership with CalMac Ferries allows ORCA to collect data across the Hebrides, where there are hotspots for many species. These hotspots may be for breeding, feeding whilst on a migration or resident species. ORCA and CalMac Ferries work together to safeguard whales, dolphins and porpoises whilst engaging with the public, and getting everyone excited about the wildlife in the Hebrides.