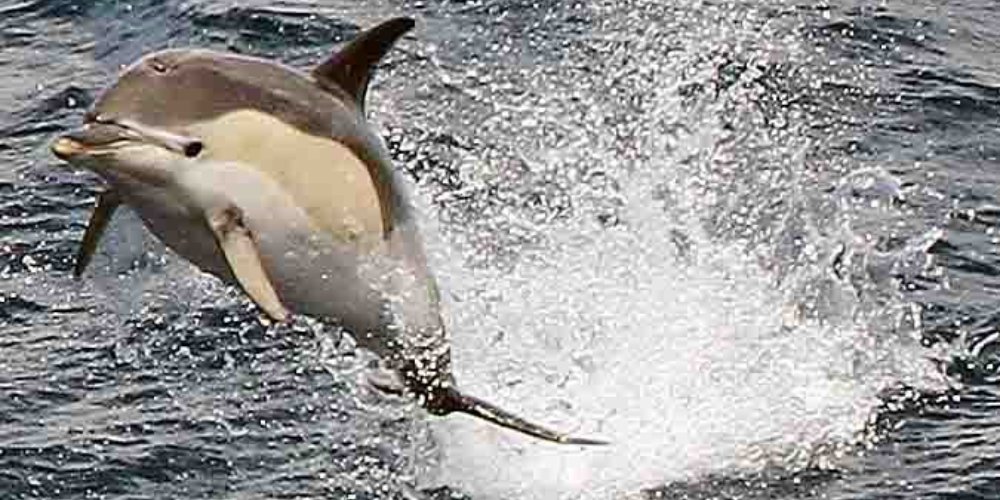 Look at this energetic individual, showing off during a breach (when a whale, dolphin or porpoise comes to the surface). It is of course a common dolphin (scientific name: Delphinus delphis), they are a whale-watchers friend because they put on a great show, as you can see here!

This species is very numerous and to date it is estimated that there are 4-5 million worldwide, of that 63,000 are in European waters. Due to these high numbers and little population decline this species is designated as Least Concern in the IUCN Red List. They are often thought of as typically a warmer water species; however, recent evidence suggests they occur in UK waters more regularly now, potentially as a result of rising sea temperatures.

Western Scotland, including the Sea of Hebrides and The Minch are important areas for common dolphins with sightings recorded most regularly in the summer months, between May and October. One of these individuals may of course be, Kylie, a solitary dolphin that has been seen in the Firth of Clyde for at least 17 years residing near a navigational buoy between Fairlie and Cumbrae. Current research has shown that the dolphin has been communicating with harbour porpoise in the area. By using hydrophones (underwater microphones) they were able to record Kylie alone and in the presence of other porpoises. The results show Kylie regularly produces clicks at the same frequency of the harbour porpoise, when accompanied by them. No changes in the porpoise acoustic repertoire were detected. It seems that Kylie has learnt to produce sounds similar to the harbour porpoise in the area, maybe they just clicked?

As a social species it is important to monitor the health of Kylie in the wild. Did you know that dolphins are prone to suffer from some of the same diseases and viruses than us? In 2009 a common dolphin that had stranded in the Cornwall, UK was submitted to a routine necropsy to ascertain cause of death. Upon a thorough examination the researchers found that the animal had caught a pathogen that caused meningitis and arthritis. This bacterial pathogen, named Brucelli ceticomes from a family of on bacteria, Brucellaceae , which are named after the Scottish microbiologist, Sir David Bruce. He most often collaborated with his microbiologist wife Mary Elizabeth Bruce (née Steele), with whom he published more than thirty technical papers from their home in Stirling. 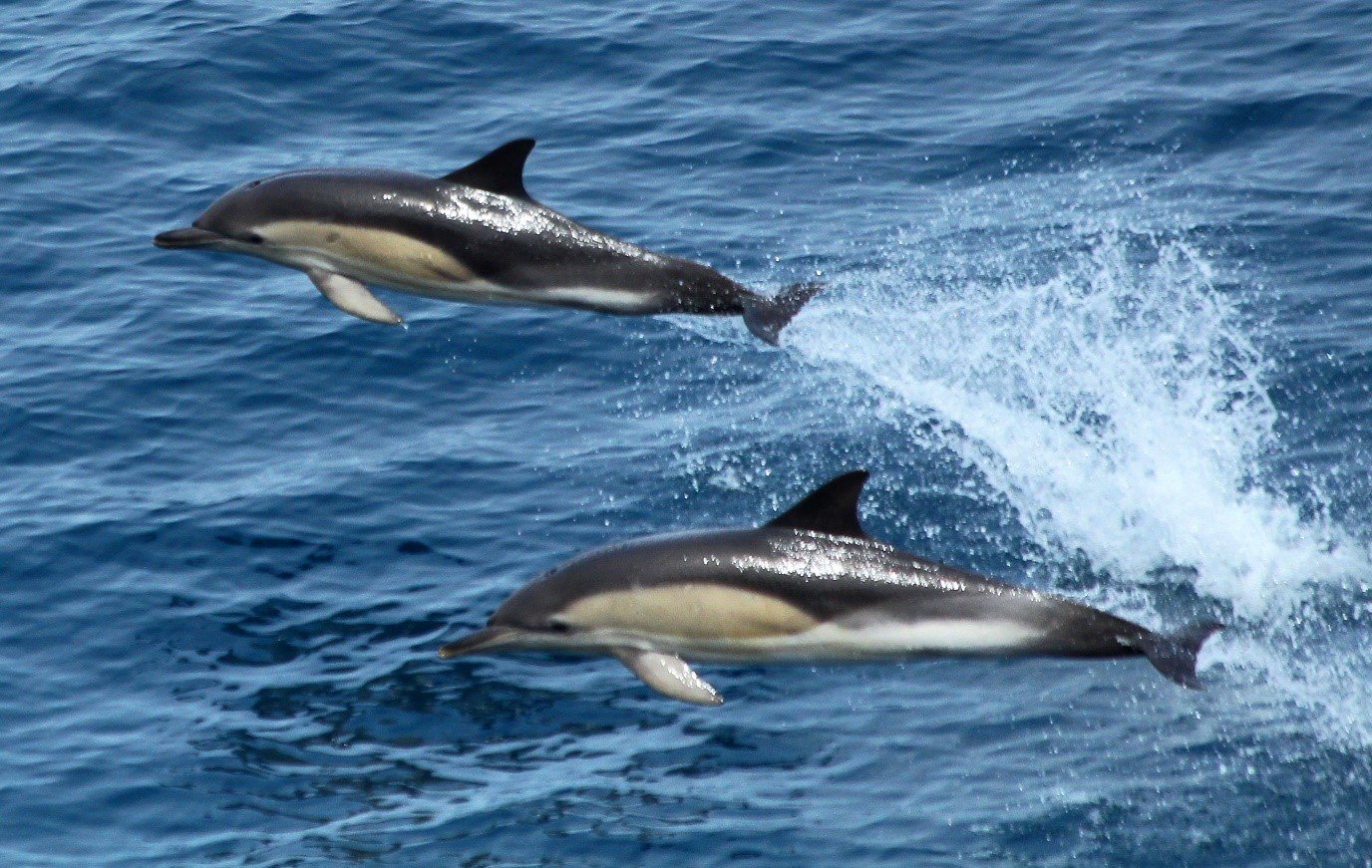