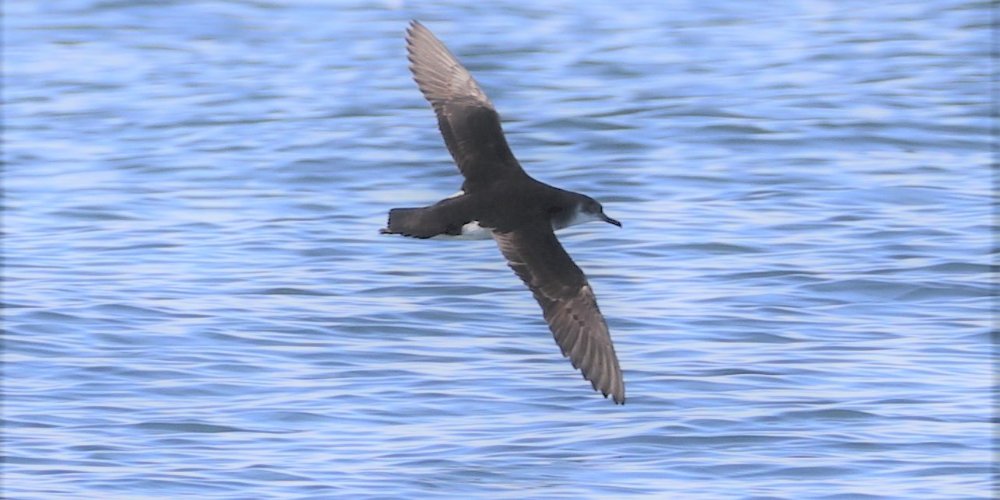 From late February to July, the islands of Rum, Eigg, and Canna are home to an unusual and somewhat underrated sea bird, the Manx shearwater. Being a medium sized brown bird they don't receive quite the same postcard picture fame as the puffins, but they really should. The charm of the Manx shearwater is not so much in its appearance, but the way it moves. Their name comes from the way they fly. Swinging over the water like a pendulum, one wing stretched up to the sky, with the other wing tip almost touching the waves, gliding above and shearing a line just above the water. It's easy to find yourself holding your breath as you watch them. They look like they could crash into an oncoming wave and vanish at any moment, but they never do, they remain completely in control despite the wind and waves, an essential skill if you are a true ocean voyager.

Manx shearwaters arrive in the UK having flown all the way from South America, where they spend the autumn and winter on the coast. This journey is can be six to seven thousand miles depending on their route and where they chose to over winter, usually the south coast of Brazil and Argentina. They nest in burrows, on islands where they feel safe from most land predators, and Rum, Eigg, and Canna are very important breeding sites for them. When the chicks in their burrows are ready to leave the nest in July they head for the sea at night, without their parents, and immediately start their migration to South America. Studies have found that some of these young birds make the incredible journey in under a fortnight! That's around 500 miles of flying each day!

If that isn't enough to impress you, just wait till you hear what they can do with their noses! There are roughly thirty species of shearwater in the world, ocean specialists belonging to a group of birds known as tube noses, or procellariiformes, that also include albatross and petrols. If you get a close up view of a member of the tube nose group, you will notice what appear to be an extra set of large nostrils set on top of the bird's bill. This is a remarkable sensory organ that enables the birds to sniff out food from hundreds of miles away. Shearwaters like to eat krill, small shrimp like crustaceans. Krill will eat phytoplankton which are tiny plants that grow in the ocean. When phytoplankton is damaged it produces a gas called dimethyl sulphide or DMS. When large schools of krill eat phytoplankton DMS is released and remarkably the shearwaters can smell this. It alerts them to where there are large amounts of feeding krill and ultimately helps them to navigate around the world's oceans. 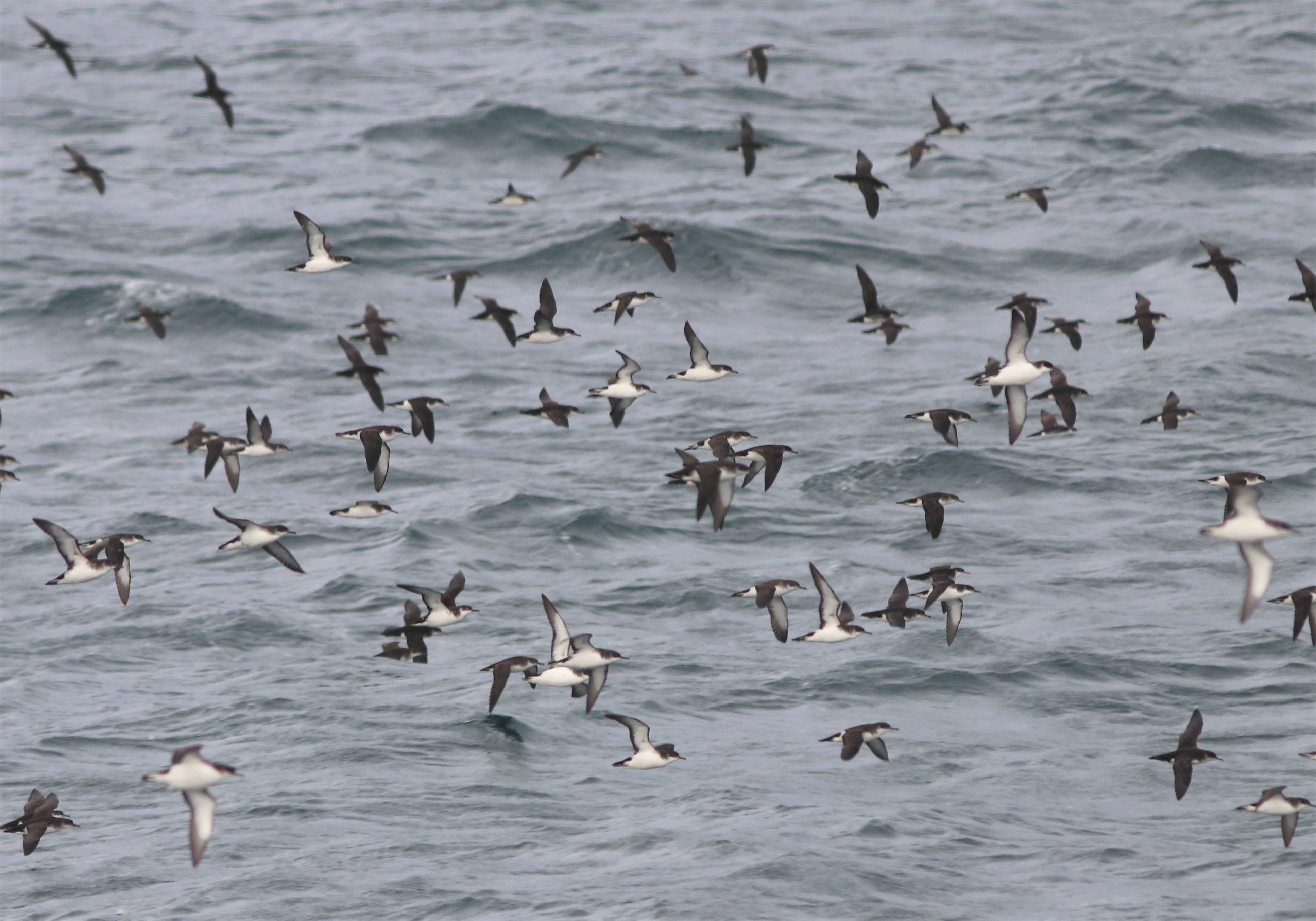 Manx shearwaters off the coast of the Isle of Rum. Photo Credit: Andy Gilbert

Some of the oldest recorded Manx shearwaters have reached over fifty years old. If you are lucky enough to spot a Manx shearwater on your crossing to The Small Isles then just think, that bird will have travelled 7000 miles to get there and will repeat that unbelievable journey twice a year for the rest if its life, a real migratory marvel! 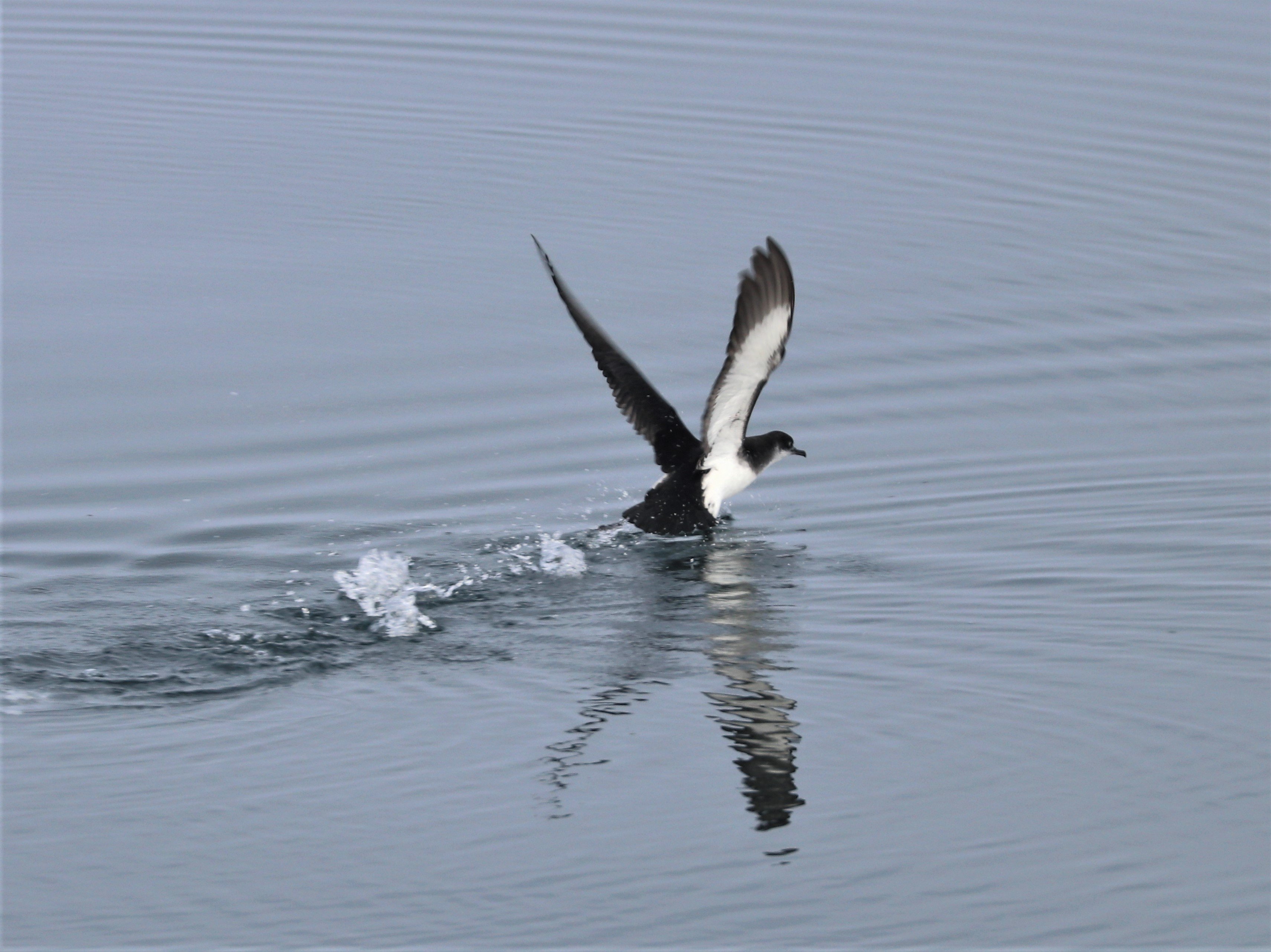 The Small Isles may be small, but they host a huge amount of wildlife, much of which is possible to see from a ferry crossing.

The Small Isles include Rum, Muck, Eigg, and Canna which are surrounded by the Sea of the Hebrides, a recently designated Marine Protected Area (MPA) due to its importance for species such as harbour porpoise and basking shark. It is possible to see seals, sharks, whales, dolphins, porpoises, otters, and seabirds on this crossing so do keep your eyes peeled and keep an eye out for the ORCA Wildlife Officer who travels on CalMac Ferry vessels and is there to help you experience the amazing wildlife of the Hebrides on your crossing.

If you would like to learn more about how CalMac Ferries are using citizen science to conserve and protect seabirds such as the Manx shearwater, and if you would like to take part in monitoring seabirds, you can take a look at the JNCC's Volunteer Seabirds at Sea Surveys project here:  https://jncc.gov.uk/our-work/volunteer-seabirds-at-sea-surveys/