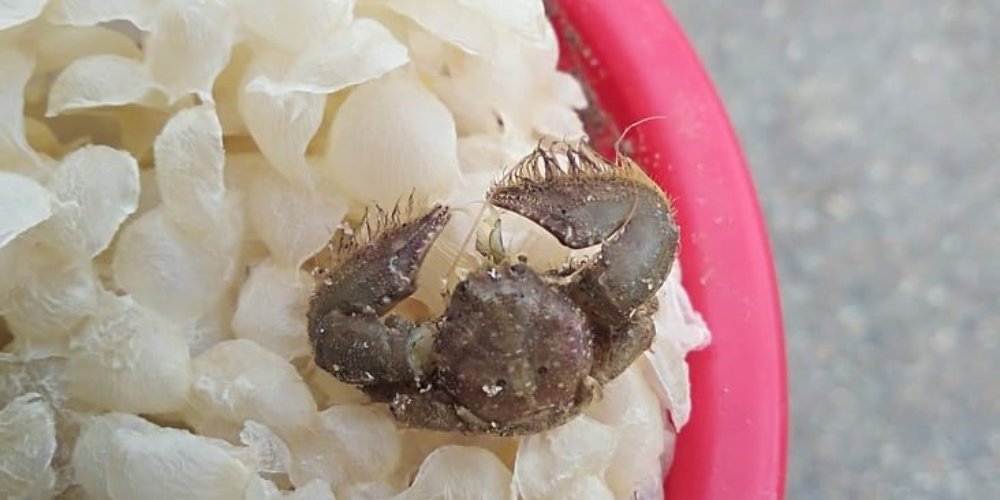 A broad-clawed porcelain crab. Just like many invertebrates (animals without backbones) on land, many crustacean species are detritivores, cleaning up organic waste around them, keeping the seas free of too much decaying matter.

This week, entomologists (people who study insects) are celebrating creepy crawlies all across the UK, from beetles, to dragonflies, to ants, as part of National Insect Week. Insects are in a taxonomic group (a way of classifying different animals) known as Arthropods. Arthropods have a hard outer skeleton called an exoskeleton, bodies split into segments, and jointed appendages (a fancy word for limbs or bits that stick out). Now there are not very many insects that live in the sea as many insects evolved alongside flowering plants. However, there are coastal insects that you can find wiggling and jumping about on the beach, and there are different types of arthropods that live in our oceans, the most familiar ones being the crustaceans.

Most people rightly think of crabs and lobsters when they hear the word crustacean, but there are thousands of other crustaceans that play a vital role in the marine ecosystems. Krill for example, are tiny shrimp like creatures that are a vital food source for fish, birds, and whales. Krill is the main diet of blue whales which is amazing really, the biggest animal in the world relies on one of the smallest, reiterating just how important the little things in life are.

Many large marine mammals are dependent on small marine invertebrates, but there are also many marine creepy crawlies that depend on the megafauna. It may be alarming to some to learn that there are hundreds of parasites associated with marine mammals, living both on them and inside them! 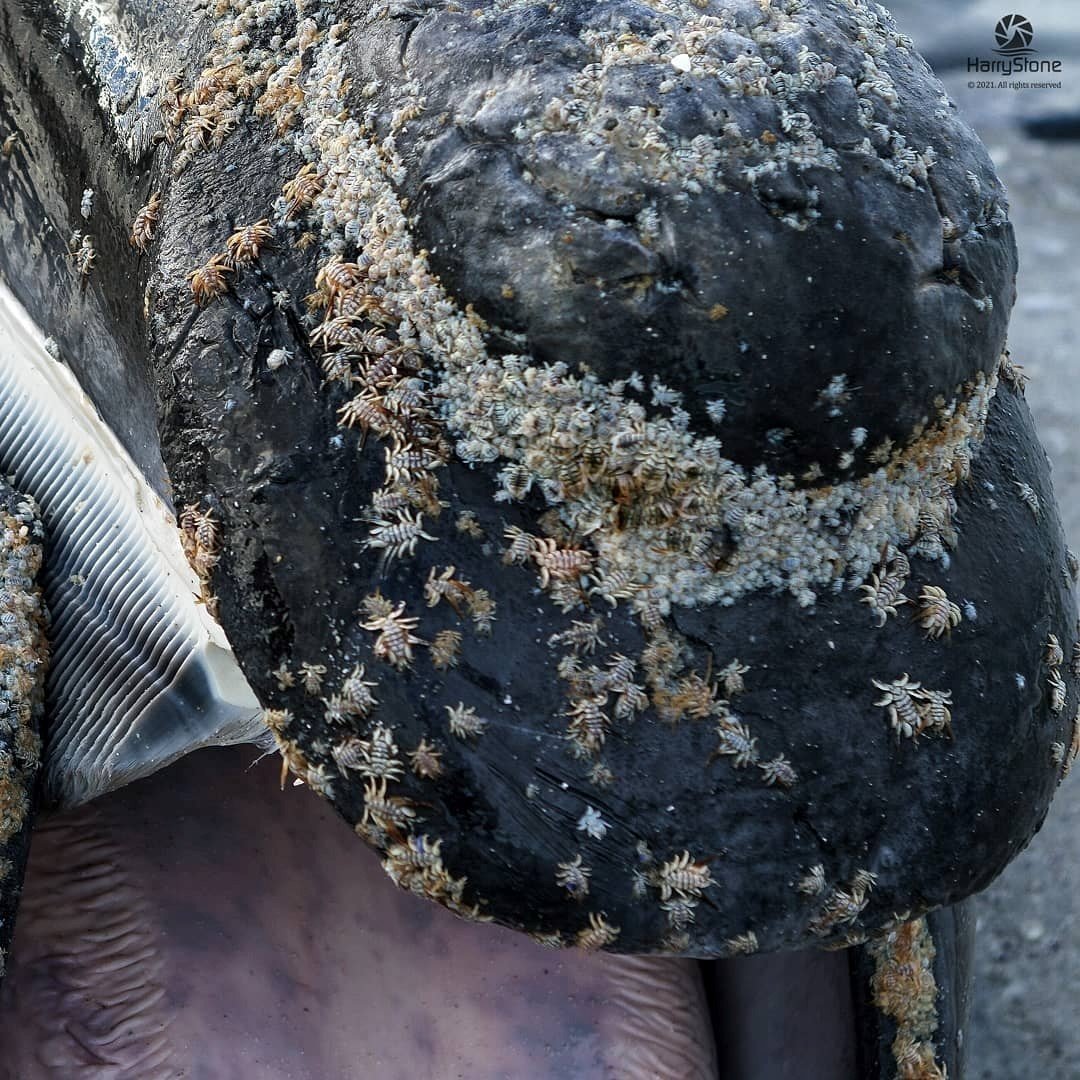 There are around thirty different species of whale lice. They can be highly specialised, often each species only associating with one species of whale, with little hooks on their limbs they are passed to different whales through physical contact and cling on, usually being found in folds and creases in the whale's skin around old scars and under the pectoral fins. Whale lice are not lice at all, they are a unique type of crustacean called cyamids. They eat the algae that settles on the host's body and eat bits of skin, causing minor skin damage but does harm the whale or cause injury.

Even in death, whales are very important to invertebrates, and many species survive solely the bodies of dead whales that have sunk to the bottom of the ocean, which is known as whale fall. When whaling activities were at their peak, by removing so many whales from the ocean it is thought that many tiny creatures that rely on whale fall could have become extinct before they were even discovered.

So next time you spot a whale, just think - you could be looking at an entire mini community living on its skin! Fascinating, if a bit creepy! Not only that, but also that enigmatic and iconic creature you are watching is usually directly or indirectly dependent on much smaller creatures like crustaceans and zooplankton, just like large animals on land who are dependent on insect activities. So do spare a thought this week for all those tiny creatures, crawling by our feet, tunneling in our soil, flying in the air, and living in the sea, enabling our natural world to thrive and support an amazing array of life.

(It would be extremely difficult to spot any marine arthropods from your ferry crossings, but you could search for some in a classic rock pooling session with a net on some of the beautiful beaches on the west coast of Scotland, just remember to take good care of them and put them back where you found them.)

One more thing! - The Hebrides are home to some really amazing insects on land too, some of which are incredibly rare and beautiful, such as the Great yellow bumblebee. This is the UK's largest bumblebee, and favours a colder climate. Once widespread in the UK, global warming as pushed this species further and further north and it is now only found in the very north of Scotland and the western isles. If you take a walk through some flower rich grassland on your trip, keep your eyes peeled for a big yellow ball of fluff visiting the flowers.

Take a look at the National Insect Weeks website to see how you can get involved too: https://www.nationalinsectweek.co.uk/