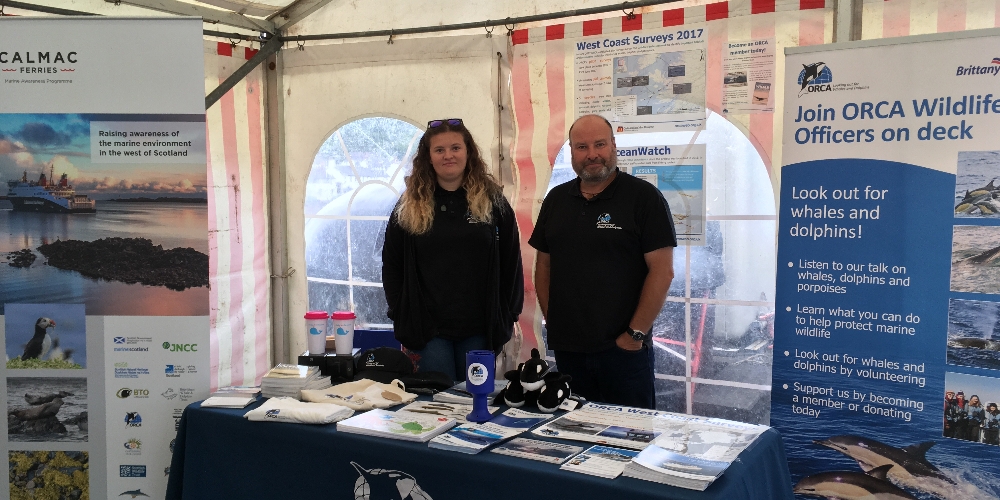 On the 14th July CalMac's ORCA Wildlife Officer attended the 16th Annual 'Round the Pier/Summers Here' Charity day organised by the Rotary Club of Ullapool. Scottish Wildlife Trust/Living Seas run the Wildlife Exhibition tent there and kindly invited us to have a joint ORCA and CalMac Marine Awareness Project stall within it.

The tent was full of fascinating charities all working towards creating a better environment for Scotland's wildlife and natural world.  Other CalMac Marine Awareness stakeholders were also attending and holding information tables, including Whale and Dolphin Conservation, Scottish Wildlife Trust, Hebridean Whale and Dolphin Trust and the RSPB with their Sea Eagle Project.  Visitors were able to hold and feel whale baleen and marine mammal skulls; find out about snorkel trails; learn about ORCA's citizen science marine mammal surveys on CalMac ferries; take a taste and smell test to draw attention to the fact that seabirds mistake micro-plastic for plankton food; watch videos from Project Seagrass; and even take part in a competition to guess how many strands were in a box of beach collected plastic by an artist from the Littoral Sci-Art Project to raise awareness of beach litter, its effects, and the links between plastics and oil.  10 year old Finlay, Scotland's Young Shark Ambassador flitted from table to table and inspired us all with his passion for the oceans.

Outside stalls sold food, drink and gifts and held fun activities for all the family whilst the Lifeboat and Coastguard vessels were open for public visits.

We spoke to huge numbers of people about the Marine Awareness Project and what it is trying to achieve and pointed people in the direction of ORCA's next marine mammal training course in Oban in October and JNCC's Citizen Science Seabird Surveys which should be up and running on CalMac Ferries soon.  We had a fantastic day raising marine awareness and after the festivities finished, members from ORCA, HWDT, WDC and RSPB took part in a Shorewatch survey for marine mammals at the beautiful Rhue point.  We spotted harbour porpoise and a sea eagle and everyone went home satisfied after a great day.  Thank you to all who attended and came to visit the stall.  Hopefully we will see you all there again next year! 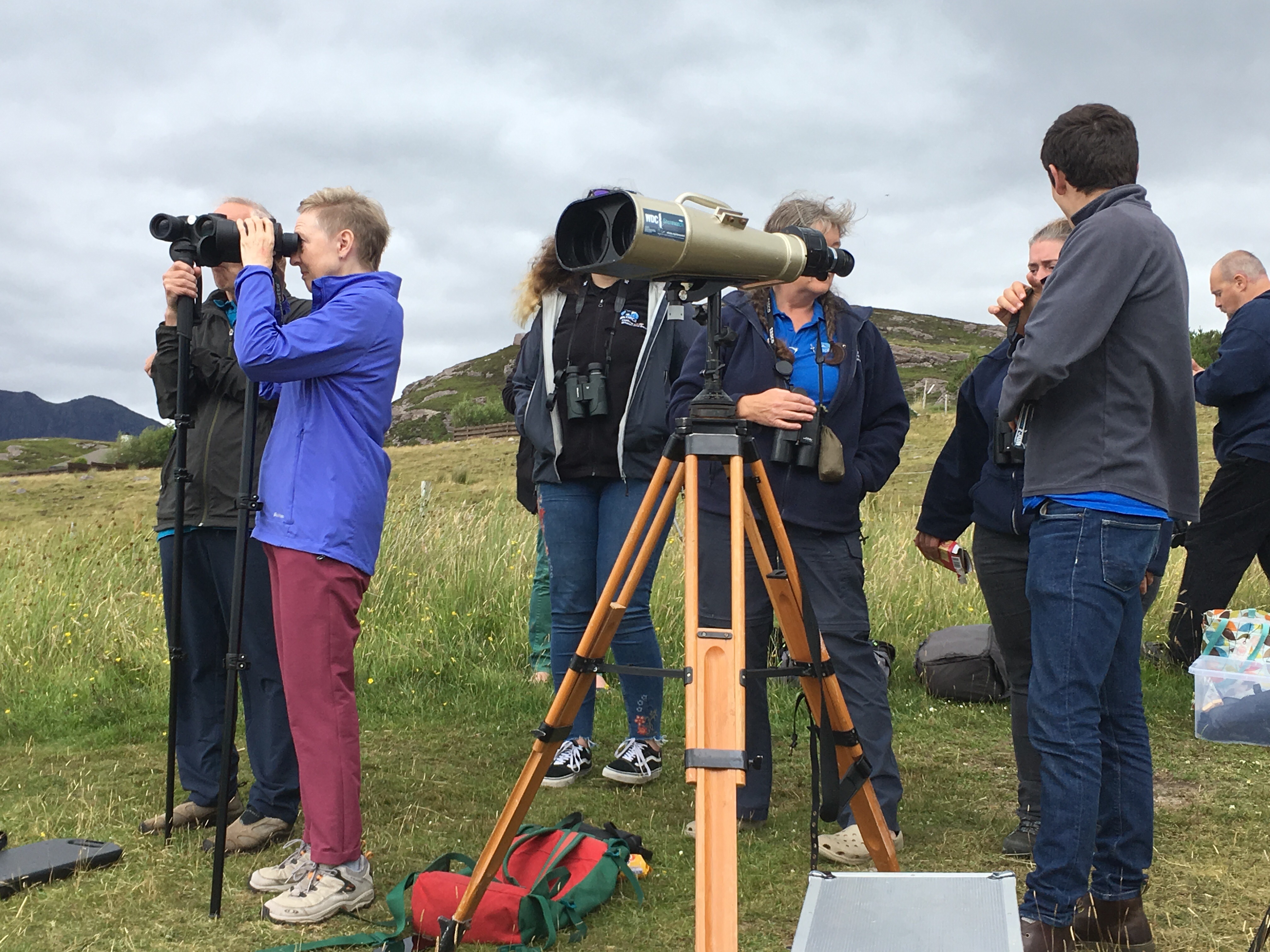